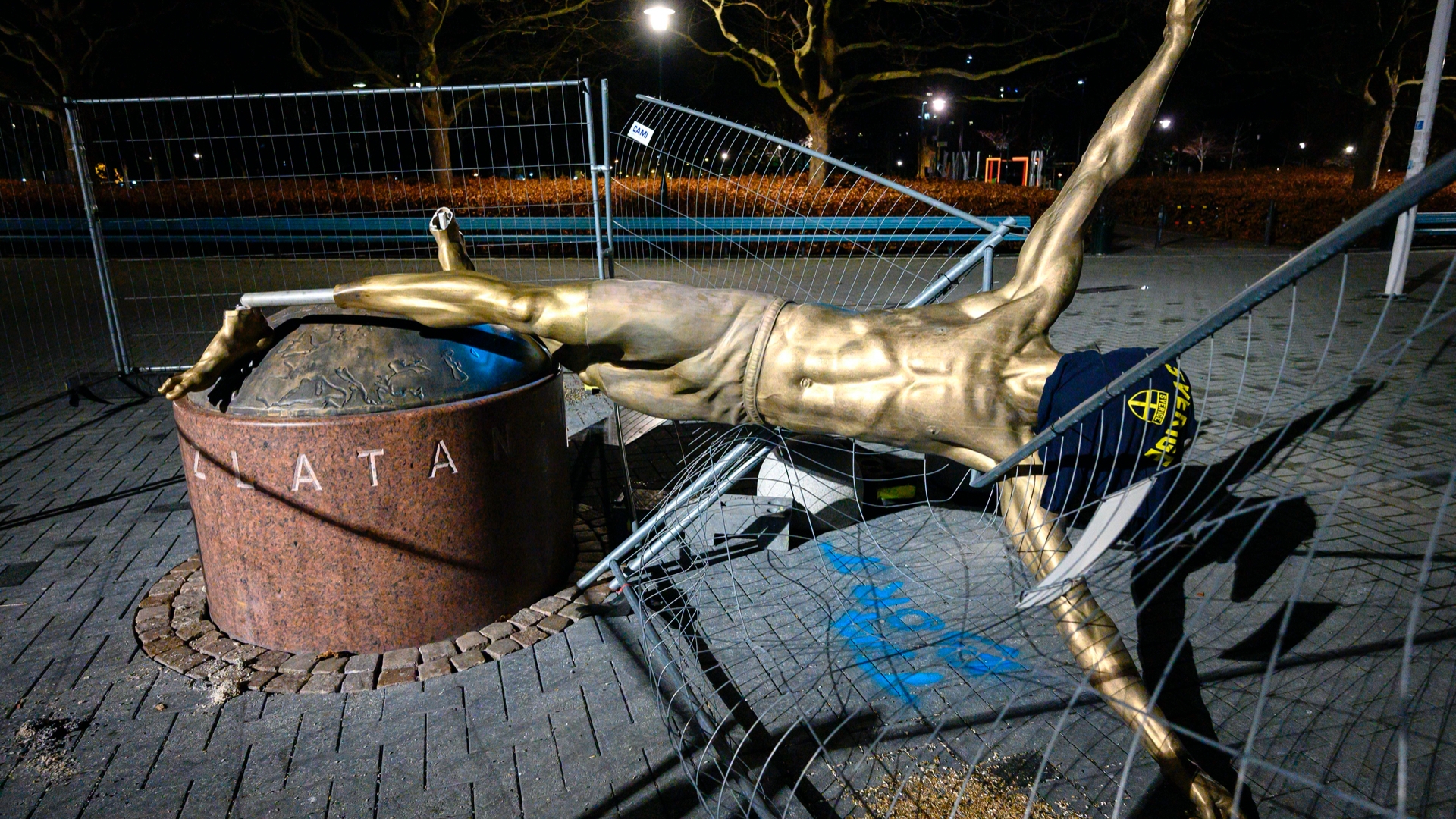 Zlatan Ibrahimovic's statue has been sawn off at the ankles and toppled to the ground outside of Malmo's Swedbank Stadion.

The statue has been the target of numerous attacks since the 38-year-old announced his investment in Stockholm-based Hammarby back in November.

Zlatan became Hammarby's part-owner after buying a 50% stake in the club, much to the fury of Malmo supporters across Sweden.

The mercurial striker made his professional debut for Malmo 20 years ago, and went on to score 16 goals in 40 appearances for the club.

Vandals toppled the statue erected in his honour at 3:30 am on Sunday morning, and left graffiti reading "take away" in Swedish at the scene.

The 3.5-metre bronze structure had previously had its nose removed and been set on fire, but those taking a stand against Zlatan went one step further this weekend.

Police had set up a fence around the monument to ward off vandals, and Peter Linde - the artist who created it - had publicly appealed for people to stop the vandalism.

Zlatan's house in Stockholm was also targeted in December, with "Judas" painted across the front door.

The former LA Galaxy superstar re-signed for Milan at the start of the month, and scored in a 9-0 friendly win over Rhodense on Friday.

Zlatan scored 52 goals in 56 appearances for the LA Galaxy, but he now finds himself back at the San Siro with a Rossoneri side in desperate need of inspiration.

Milan are 11th in the Serie A table at the moment, having only won six of their 17 fixtures in the first half of the 2019-20 campaign.

Stefano Pioli's side will be back in action following the winter break when they welcome Sampdoria to San Siro on Monday, with Zlatan in line to make his debut.