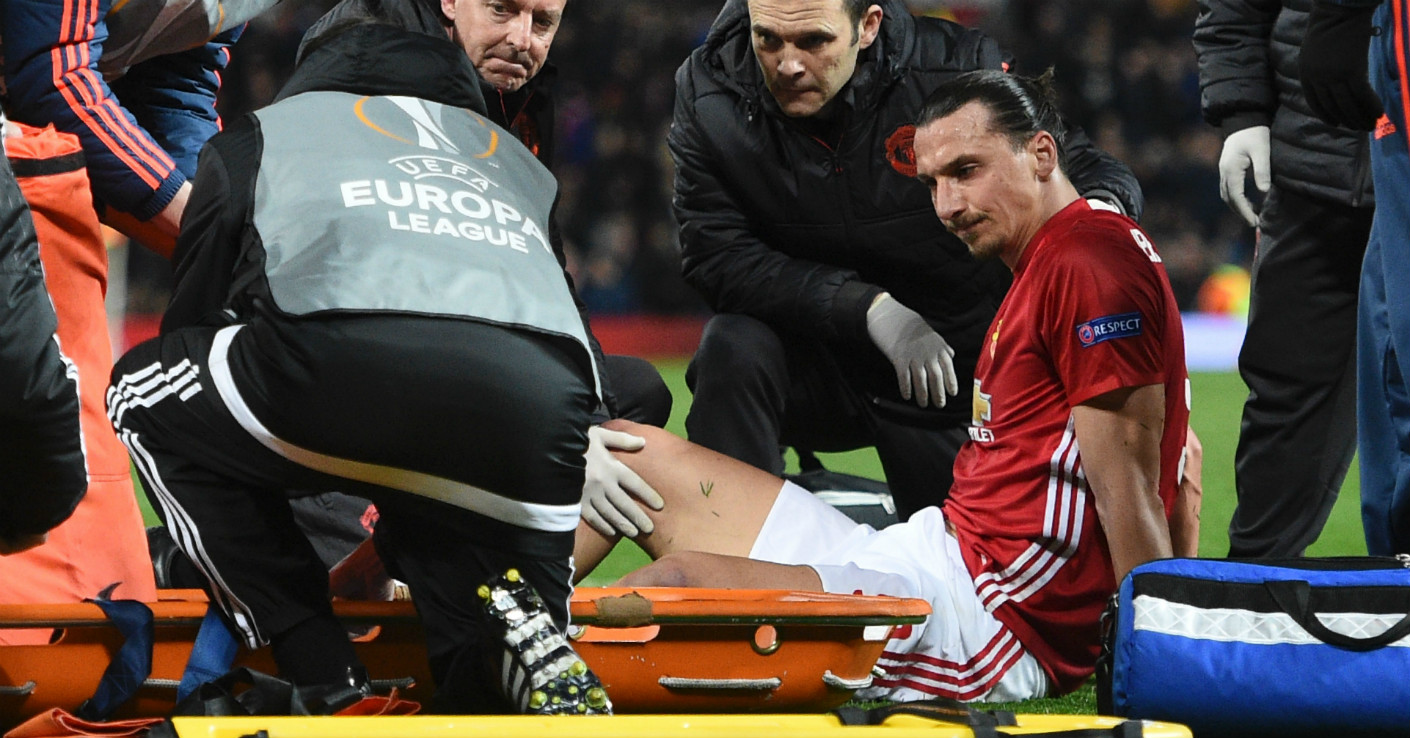 The veteran striker will miss up to nine months of action after going under the knife on Monday, but his agent certain this is not the end for him

Manchester United star Zlatan Ibrahimovic has undergone a successful surgical procedure on his injured knee, according to agent Mino Raiola.

The former Paris Saint-Germain striker was forced off on a stretcher in April after going down heavily during United's Europa League tie against Anderlecht.

Studies after the game confirmed he had torn his anterior cruciate ligament, meaning Zlatan faces up to nine months on the sidelines.

At 35 the injury has even placed in doubt his career as a professional footballer, as he reaches an age that most choose to hang up their boots.

But as Raiola confirmed that his client had gone under the knife in a clinic based in the United States, he emphatically denied that this was the end of Zlatan.

"Zlatan Ibrahimovic has undergone successful knee surgery. He will make a full recovery AND HAS NOT SUFFERED A CAREER-ENDING INJURY," the agent affirmed in a statement released on Monday.

"The procedure was performed by Freddie Fu, M.D., and Volker Musahl, M.D., of the UPMC Sports Medicine program in Pittsburgh.

"Zlatan has started rehabilitation at UPMC and will remain under the care of Dr. Fu and Dr. Musahl throughout his recovery.

"Zlatan and the medical team are not available for interviews at this time. Additional updates will follow at a later date."

The striker's injury came as a bitter blow to United, who as well as battling for the Europa League title - they face Celta on Thursday in the semi final's first leg - are also in the hunt for a top-four finish that would guarantee Champions League football next season.

Ibrahimovic has effortlessly adapted to life in the Premier League to fire Jose Mourinho's men, and with 28 goals in 46 appearances in all competitions currently leads the Red Devils scoring rankings.