Georgia Stanway believes England have sent a statement to the rest of the Women’s World Cup after winning all three of the Group D matches - and isn’t afraid to talk about winning the competition either.

The 20 year old made her full World Cup debut in Wednesday’s 2-0 win over Japan, providing a superb assist for Ellen White’s opening goal, and staking a claim for another starting place in the Lionesses’ last 16 clash against Cameroon on Sunday.

It made Phil Neville’s side the first England team to win all three of the group games in the competition since the men achieved that feat in 1982 and while Stanway says it’s “amazing” to be part of that, it’s something they themselves aren’t shocked about.

“We came here wanting to get the nine points and wanting to win the three games because that gives us the momentum to progress from there,” the midfielder said.

“If we had come second, nothing would have changed for us. We would have stayed the way we were, we’d have played the same way, our character would remain the same, and we’d say the same in the media.

“That’s important for us and now we’ve come top, nothing changes. We’re still eyes on silverware and we’ll do what we can to lift the trophy at the end.

“We’re not afraid to say that because what’s the point in coming to a major tournament and not saying that you want to win?”

The Lionesses will face Cameroon next, after the rankings of the third placed teams were confirmed on Thursday night, and Stanway is confident that three wins from three will intimidate their opponents.

“We’d hope that they fear us,” she said.

“We’d hope that nobody wants to play England. 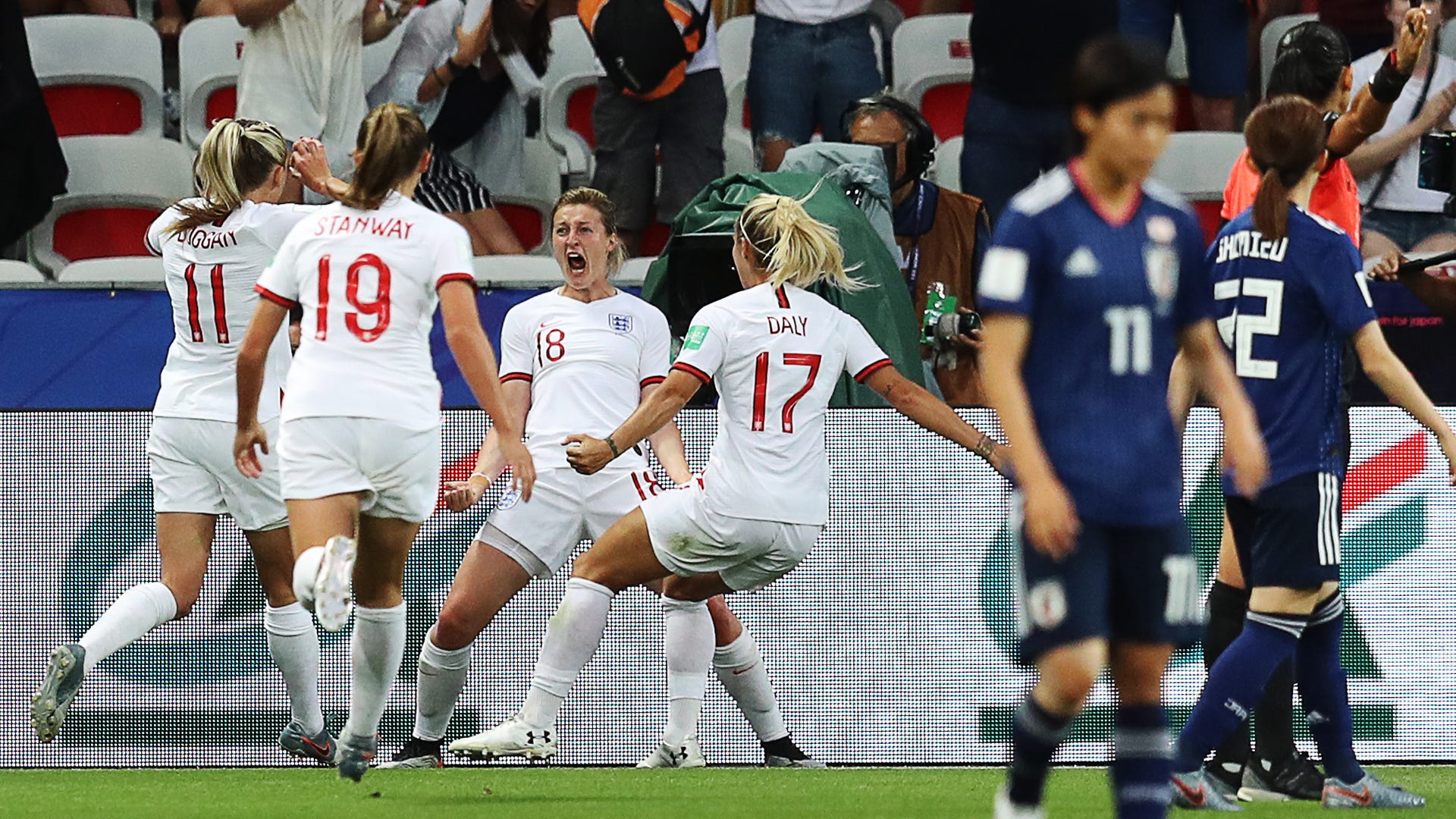 Stanway certainly did that in a superb performance against Japan, earning high praise from her manager and team-mates alike.

“If she keeps her feet on the ground she is going to be one of the best players in world football,” Neville said after the game, with White describing her as “an unbelievable talent” before adding that she was “really proud of how she handled this game on the world stage”.

The Manchester City youngster will have given her manager a welcome selection headache going into the game against Cameroon, but while she admits she’ll be naturally disappointed not to start the next game, there will be no questions raised of the team selected.

“Phil has got the trust of everybody,” she explained.

“As you can see pretty much everybody has had the chance to get on the pitch.

“There’s a few that have obviously not made that yet, but I’m almost certain that they’ll get their opportunity at some point.

“I think that just shows the depth in our team. You can see that whenever someone scores, the whole bench are up and everybody is trying to celebrate together because we are one.

“Whether you’re playing, whether you’re not, everyone is just supporting each other. I think that’s just the bond that we’ve got in our team.”

It was a bond reflected in her feelings in making her first World Cup start.

“[It was] Unbelievable,” she beamed.

“There’s obviously no bigger stage than this and I’ve done it surrounded by the girls that I absolutely love.

“It’s hard for me to describe because I just loved every minute of it.”