What happened to Marcus McGuane and Louie Barry at Barcelona? 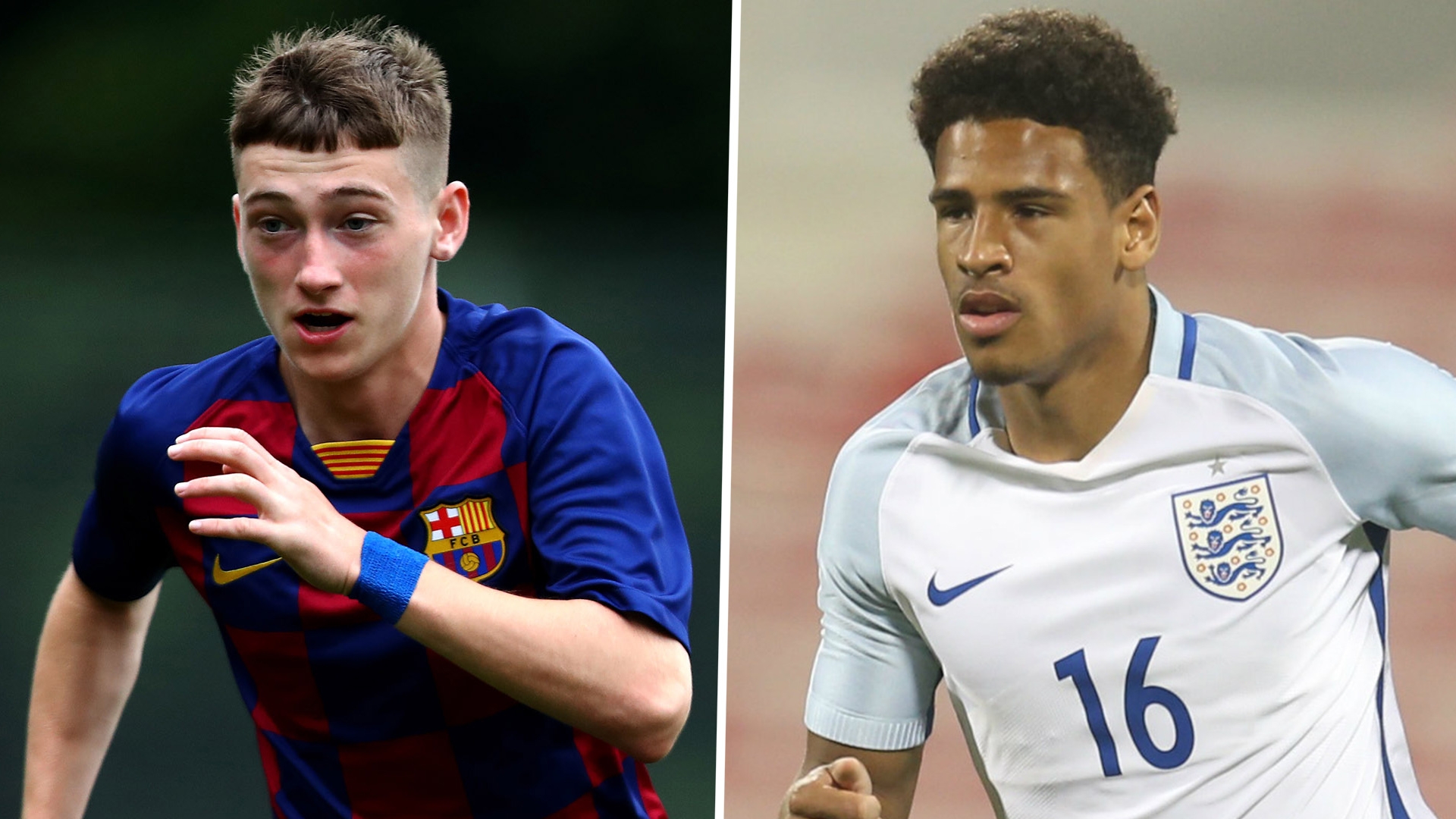 No English player has succeeded at Camp Nou since Gary Lineker, and the latest two to be given the opportunity were back in England fairly quickly

Since Gary Lineker in the late 1980s, no Englishman has thrived at Barcelona on the pitch. Louie Barry and Marcus McGuane came to Camp Nou in 2019 and 2018 respectively, hoping to follow in his footsteps, but both have since departed.

Making it at any club is hard but doing so with Barca is even harder. There are so many variables these days that a player needs a perfect blend of ability, fortune, dedication and patience to progress to the first team. Different factors were absent for Barry and McGuane, stopping them from succeeding on Spain’s east coast.

McGuane arrived first, in January 2018, having made two appearances for Arsenal in the Europa League. Barcelona had been tracking the central midfielder since he was 16, signing him at 18, but it didn’t take long for him to fall out of their plans entirely.

Things started well, making his debut for the first team - the first English player to do so since Lineker - in the Catalan Super Cup just over a month after arriving. It was expected that his first six months would be an adaptation period but B team coach Gerard Lopez liked him and he got game time.

However, after the side lost five consecutive matches, Lopez was axed and replaced by Francisco Garcia Pimienta. His modus operandi is endorsing local talent instead of making signings and he instantly took a dislike to McGuane, not thinking he was as good as players who had risen through the youth ranks - Riqui Puig, Alex Collado and even Monchu. Players who already had Barcelona DNA.

Garcia Pimienta will say time has proven him right, although if his approach towards McGuane had been different, perhaps the Englishman would have settled better. One source told Goal the coach’s attitude was ‘hostile’ when it came to the England Under-19 international.

“I felt the impact straight away,” McGuane told iNews. “(Pimienta’s arrival) happened on a Thursday before a game. We were travelling on the Saturday and I wasn't even in the squad. It was a bit of a shock. After that it was tough. I never had the same feeling that I had during those first few months.”

When Garcia Pimienta did use McGuane it was often out of position, on the right wing, instead of centre-midfield. With Ilaix Moriba impressing at youth level too, the club had a lot of options and were already thinking McGuane wasn’t good enough.

There were other concerns over his attitude, with too much focus on the glamorous trimmings that surround football instead of the task at hand. McGuane was well paid at Barcelona compared to some of his team-mates, with the club having lured him away from Arsenal, but he was not delivering performances to match his salary.

McGuane was loaned to Dutch side Telstar in September 2019 and then joined Nottingham Forest in February.

Barry’s story is different. He arrived feted as one of the most promising young forwards around and Barcelona did not want to let him go. Those close to the player were hopeful he could even make his Premier League debut as early as this season for Aston Villa - although the coronavirus pandemic may change the landscape.

Barry signed for Barcelona from West Brom ahead of Paris Saint-Germain, despite a £3.2 million offer from the French side. It is hard to reject the Catalans, due to their history and their status as a true football giant, even though the financial package was significantly smaller than what the Parisians were offering.

Few doubted Barry’s talent at Barcelona but, at just 16, playing with the U19 team meant he didn’t get all the opportunities he wanted. He was starved of minutes, frequently only given the home stretch of games to impress. And he did, scoring some impressive goals, looking lively and sharp - or as sharp as you can be if not given minutes.

Barcelona signed Barry in July to play as the No.9 for the Juvenil A side but then brought in Gerard ‘Peque’ Fernandez two months later from UE Cornella, and he took the lion’s share of the game time. His style suited Barcelona’s classic set-up more but between the two, Barry was faster, a better finisher and had more potential.

Like with McGuane, internal shuffles constricted his opportunities. It was then general sporting manager Pep Segura who helped bring in Barry, but by the time the season started he had parted ways with the club.

Despite impressing in pre-season, alongside Ansu Fati - before his career ignited - it took a long time for Barry to get his FIFA clearance to play for Barcelona - an agonising 11-week wait.

Victor Valdes, the coach, left too and Franc Artiga replaced him. Similar to Garcia Pimienta taking over the B team, that switch also damaged Barry’s chances of playing. However while he waited for his clearance, and later while being frustrated on the bench, Barry was learning a lot in training.

A source close to the player told Goal that his time in Spain “helped him come on leaps and bounds, and gave him a lot of confidence.” Another source told Goal that he had a level of respect from coaches and team-mates that McGuane never reached, and that he was good enough.

Barry, the first Englishman to live at La Masia would have loved to prove himself but wasn’t being given the opportunity to do it. In January 2020, six months after joining Barcelona, he left for Aston Villa for around €3m.

The Catalans would happily have kept him - they wanted to - but the striker was thirsty for minutes and preferred to sign for the club which his family supports, despite interest from Liverpool.

He is still impressing for Villa’s U23s and U18 team, as well as in the England youth set-up. The goals keep coming. Barry is still very young - he will not turn 17 until June.

There is every chance he will go on to become a star - but not at Barcelona.