'What a man, what a coach!' - Yaya Toure reacts after Roberto Mancini takes Italy to Euro 2020 semis 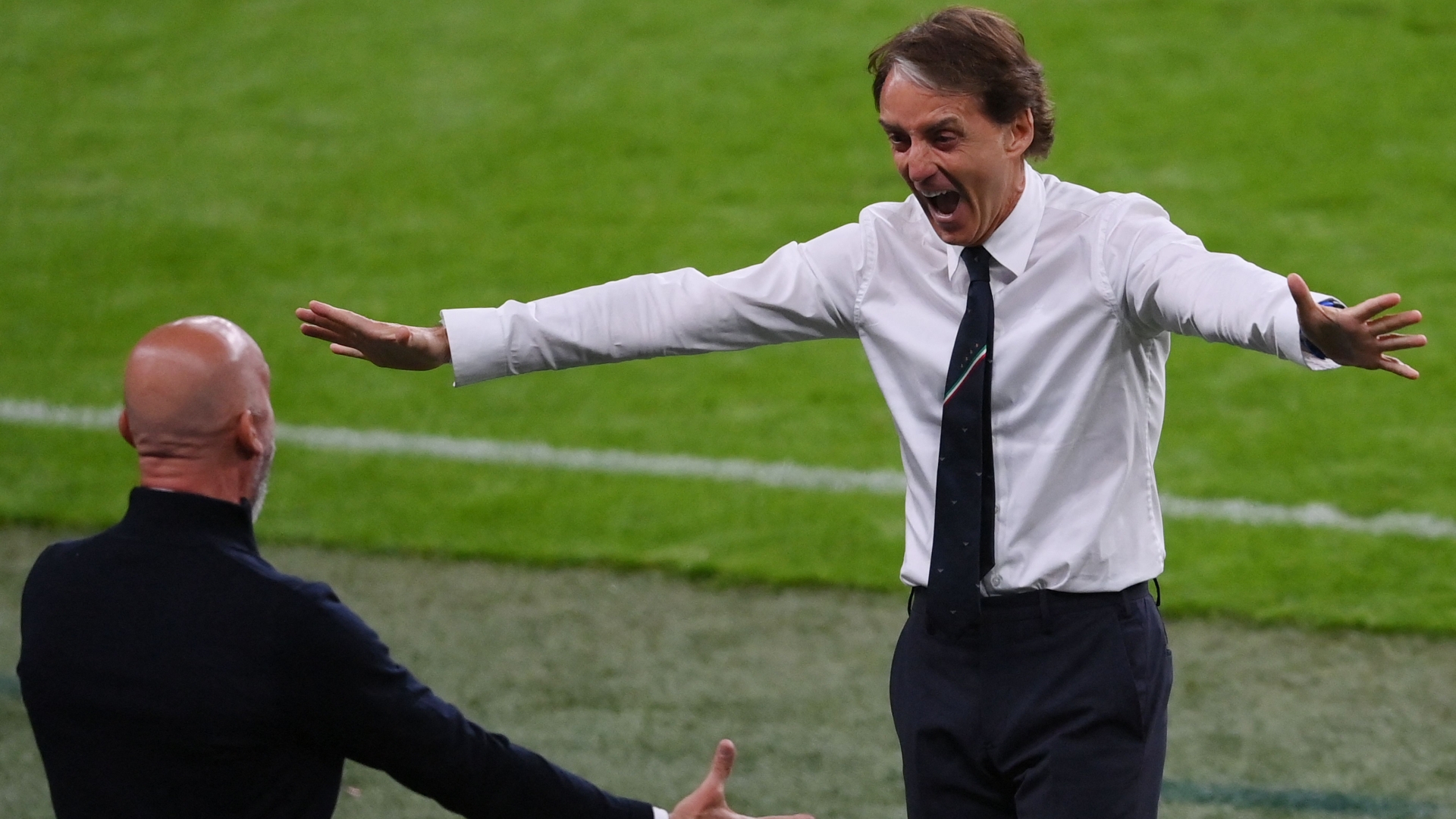 Ivory Coast legend Yaya Toure has lauded his former coach Roberto Mancini for guiding Italy to the semi-finals of Euro 2020.

On Friday night, the Azzurri advanced to the last four with an excellent 2-1 victory over Belgium, in a game full of opportunities.

Nicolo Barella and Lorenzo Insigne got on the scoresheet for Italy, both producing superb finishes to fire their team into a 2-0 ahead, but Romelu Lukaku pulled one back just before the break from the penalty spot.

The Red Devils then pushed forward in search of an equaliser in the second period, with Lukaku going the closest, but his effort was brilliantly blocked on the line by Leonardo Spinazzola. The Italian defence then used all of their experience to stand firm and hold on for the win.

"Have you all enjoyed the game? Well, I have very much!" Toure, who played for the tactician at Manchester City, posted on social media.

"Congrats Roberto Mancini on reaching the semi-finals with five straight wins! What an incredible manager, leading Italy to one of the winning contenders of Euro 2020! Mancini, what a man, what a coach!

Have you all enjoyed the game? Well I have very much! Congrats @robymancio on reaching the semi final with 5 straight wins! What an incredible manager, leading Italy to one of the winning contenders of the #EURO2020 Mancini, what a man, what a coach!!!👏🏾 #ITABEL pic.twitter.com/SNeFWq7gQz

The Mancini-led charges will now play Spain in the semis. The latter advanced after eliminating Switzerland 3-1 on penalties. The two teams had played to a 1-1 draw in regulation time.