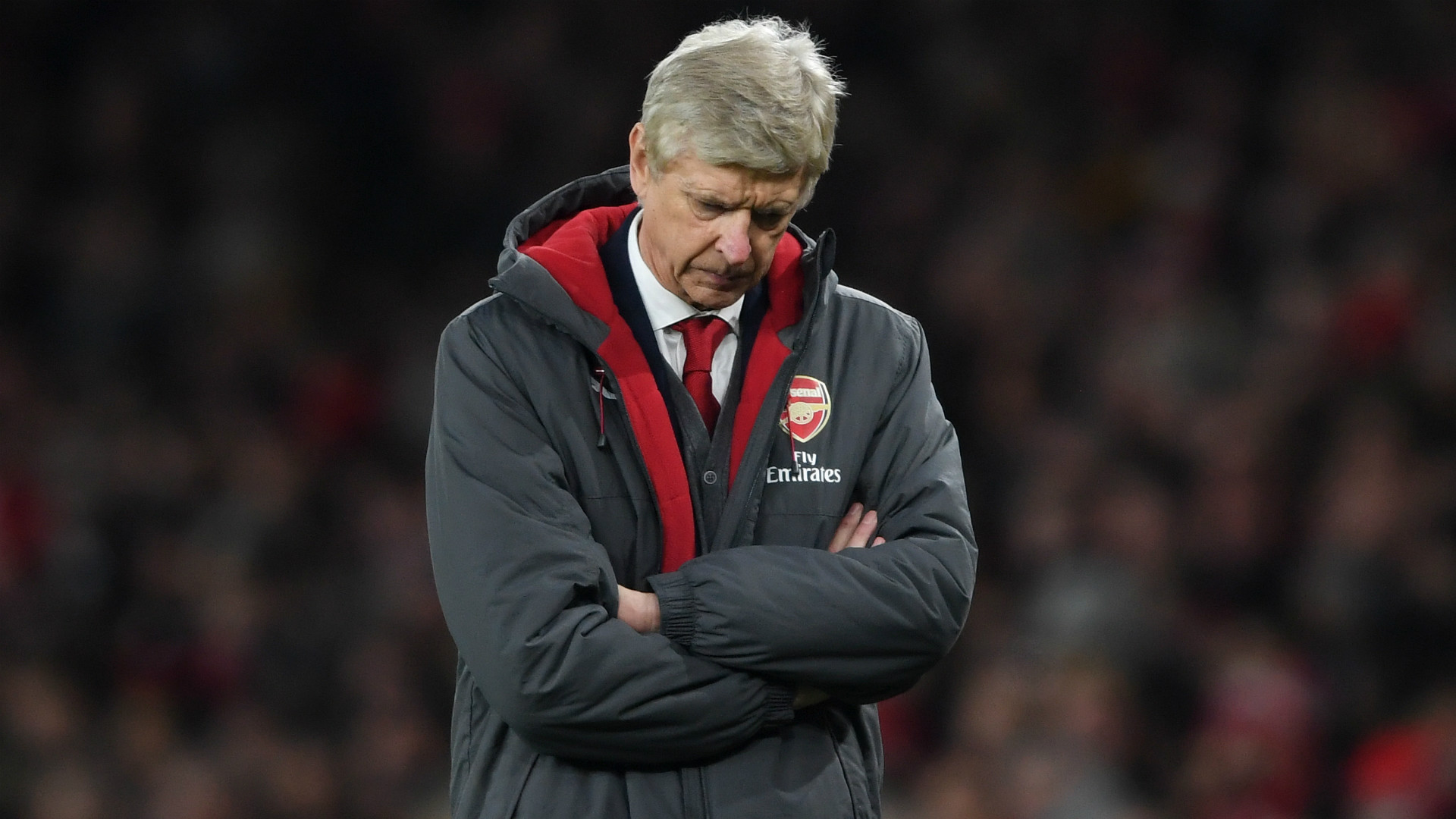 Arsenal’s struggles have seen them hit a 16-year low, with a fourth successive defeat in all competitions suffered at Brighton on Sunday.

Not since October 2002 have the Gunners endured such a slump, with Arsene Wenger’s side stuck firmly in an alarming rut.

The confidence which greeted the January arrivals of Henrikh Mkhitaryan and Pierre-Emerick Aubameyang has quick evaporated in north London.

Arsene Wenger would have been hoping to see fresh faces inspire a revival at Arsenal and lead a charge for a top-four finish.

The Frenchman has, however, been forced to watch on as his beleaguered side have slipped further into crisis.

A sorry run of form started against Ostersunds in the Europa League, with the Swedish minnows having staged a brave effort to overturn a first-leg deficit in a continental clash.

Arsenal could have been forgiven for having one eye on the Carabao Cup final in that fixture, but an abject display was put in against Manchester City at Wembley – and followed by another against the same opposition in Premier League competition four days later.

A trip to Brighton provided an opportunity for redemption, but defensive frailties were exposed early on against the Seagulls and a 2-1 reversal has piled further pressure on Wenger.

4 - Arsenal have lost four games in a row in all competitions for the first time since October 2002. Nightmare. pic.twitter.com/NxAuZA1VCl

Lewis Dunk and Glenn Murray got Brighton off to a dream start at the Amex Stadium, with Petr Cech struggling between the sticks.

Aubameyang pulled one back before half-time, but Arsenal were unable to find a leveller.

Another setback leaves the Gunners sixth in the Premier League table, 13 points adrift of the top four.

They have now suffered four successive league defeats away from home at the start of a calendar year for the first time since 1925 and have taken just 13 points from 15 Premier League away games this term - their worst return in the top-flight since 1989-90.

Arsenal's season may now rest on continental success, with AC Milan next up for Wenger's side in the last 16 of the Europa League.