Wenger on Arsenal-linked Luis Enrique: I've got a high opinion of him 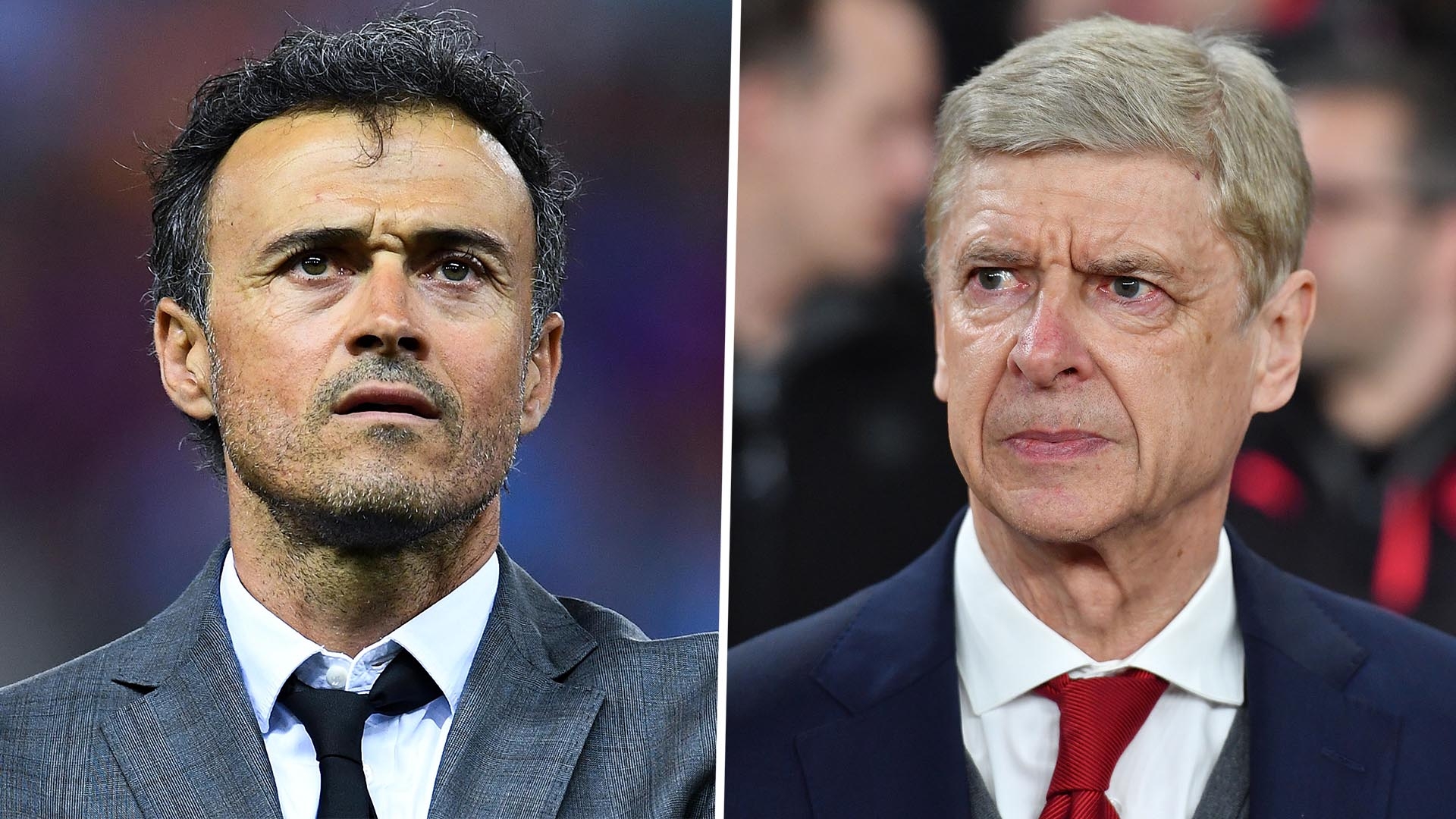 The Frenchman does not want to get drawn into the debate over who the club's next boss should be, but he hinted the Spaniard would make a good choice

Arsenal manager Arsene Wenger has revealed he has a high opinion of Luis Enrique, with the former Barcelona boss having linked with replacing him at Emirates Stadium.

Last week, the Frenchman announced that he would depart the club in the summer after a reign lasting close to 22 years, despite having 12 months left on his deal.

The Spaniard, who won the 2014-15 Champions League with Barcelona, is currently favourite to replace him at the north London side.

While he once again stressed that he did not want to influence the board's hunt for a new boss after he steps down in the summer, he gave the thumbs up to the former Barca man.

Meanwhile, Wenger has admitted that the timing of his departure from Arsenal was taken out of his hands.

He replied after being asked why he will stand down at the end of the season: "The timing was not really my decision and for the rest I've spoken about it already.

"I don't know what I will do. I will continue to work that's for sure. My pride has always been to give my best to where I'm employed until the last day of my contract.

"I do my job, keep my routine and focus on what I have to do everyday and prepare well for the games. It will be surreal for me when I don't work. At the moment I work."

The Gunners are set to miss out on the top four in the Premier League in successive seasons but Wenger would not be drawn into branding a potential Europa League win as the ideal way to bow out.

"Is there a perfect goodbye? I don't know," he said. "I just want to do as well as I can because this team has quality. I see them always respond in a positive way and this group of players deserve something special. I want to do it for them and achieve something with them.

"We're focused on tomorrow's game. The only thing that matters is the next game."

And Wenger knows the first leg of the semi-final against Atletico Madrid, which will be played at the Emirates Stadium, will be a tough one.

"They are a very strong team," he said of Atleti. "If you look at the table they're the second best team in Spain. We demand total commitment on our side and discipline as they have no weak points defensively."

Arsenal find themselves sixth in their domestic table, 11 points shy of fourth-placed Tottenham with four matches remaining, meaning success in the Europa League is their last realistic prospect of making the Champions League next season.