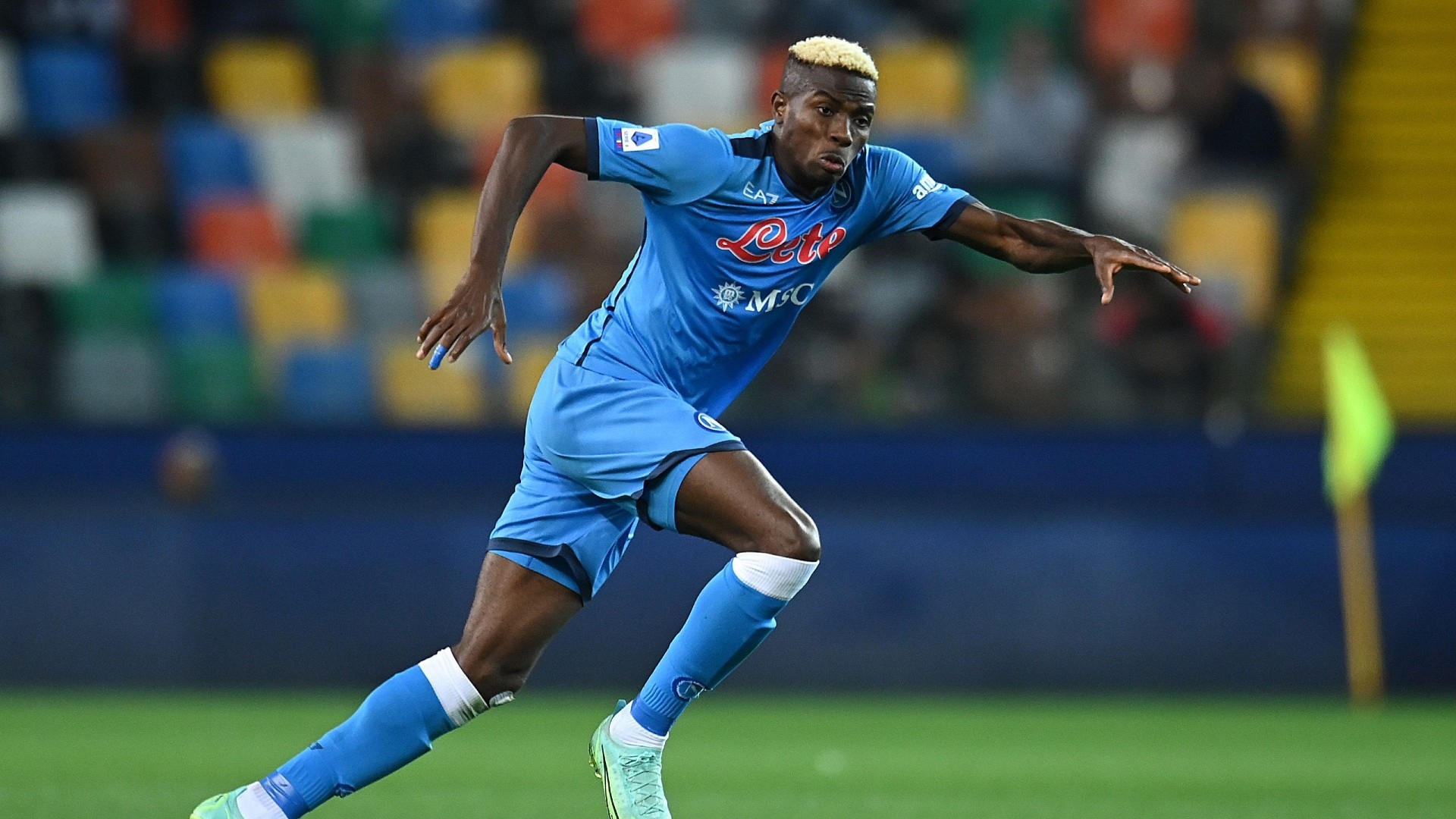 Nigeria striker Victor Osimhen is hopeful Napoli will bounce back from their 3-2 Europa League defeat to Spartak Moscow at the Diego Armando Stadium on Thursday.

The 22-year-old started from the bench but was introduced in the second half, taking the place of Andrea Petagna, and ended up scoring for his team in stoppage time after converting Giovanni Di Lorenzo's pass.

"We stand firm as a team no matter the outcome. 100% we will be back," Osimhen posted on his official social media account.

In Thursday's Group C match, the hosts took the lead in the first minute when, after a goalline melee, the ball bounced to Elif Elmas who took his chance to find the back of the net.

The Naples-based charges were reduced to 10 men after Ivan Kruzliak was sent off after an infringement. Initially, he had been yellow carded but after the VAR review, he received his marching orders.

On the stroke of half-time, the visitors thought they had won a penalty when Matteo Politano was adjudged to have committed a foul, but the decision was reversed by VAR. But they were not to be denied in the 55th minute when Quincy Promes capitalised on a rebound to level the score.

With 10 minutes to go, Spartak Moscow got their second after Mikhail Ignatov beat his marker to collect a brilliant pass from Ayrton before calmly slotting past the goalkeeper.

The numerical equality was restored two minutes later by referee Ivan Kruzliak when he sent off Maximiliano Caufriez for a second bookable offence. But it did nothing to kill the Russians' spirit who scored their third in the 90th minute.

Promes completed his brace after being picked inside the box by Alexander Sobolev.

Then Osimhen continued with his fine form in front of the goal with a late strike.

It was his seventh goal in five matches in all competitions after he scored against Leicester City (two), Udinese, Sampdoria (two), and Cagliari.

After the defeat, Napoli are third in their group with one point, while Legia Warsaw are top with six, followed by Spartak Moscow with three.