"We got away with one," Ole Gunnar Solskjaer admitted on BT Sport after Manchester United's 3-2 win at Brighton on Saturday afternoon.

The Norwegian's side hadn't just "got away with one", though. This was daylight robbery.

United had stolen three points – their first of the season – in the most unimaginable way possible, with Bruno Fernandes converting a 100th-minute penalty – after the full-time whistle had already gone.

And this, at the end of a crazy game, an instant classic, in which the visitors had been utterly outplayed from start to finish.

Indeed, Brighton boss Graham Potter described the result as a "cruel blow" and it would be hard to find anyone who disagreed with him.

His side produced a brilliant performance, vibrant and exciting. Brighton had 18 shots to United’s seven, with five of the hosts' efforts on target.

Solskjaer praised his side's "character" but this was undeniably a performance which only raised more doubts over his team's quality. Winning ugly is a trait of all good sides but this was truly horrific.

Brighton hit the woodwork five times – the most since records began in 2003-04 – and, just as they had in last weekend's loss at home to Crystal Palace, United lacked intensity, aggression and pace in their play.

While Potter had his side well drilled, United could not deal with their effective system. Twice in the space of seven days, United have managed to make teams who finished 14th and 15th last season look like Bayern Munich.

There can be no excuses this time either.

Manchester City’s dazzling display against Wolves on Monday had already undermined Solskjaer’s argument that the lack of a proper pre-season had significantly hindered those sides who were still competing in Europe in August.

Even before kick-off, the former striker had admitted that his team were looking a lot fitter and sharper having had another seven days in training, and a useful run-out in the Carabao Cup at Luton in midweek.

However, United looked anything but refreshed on the south coast. 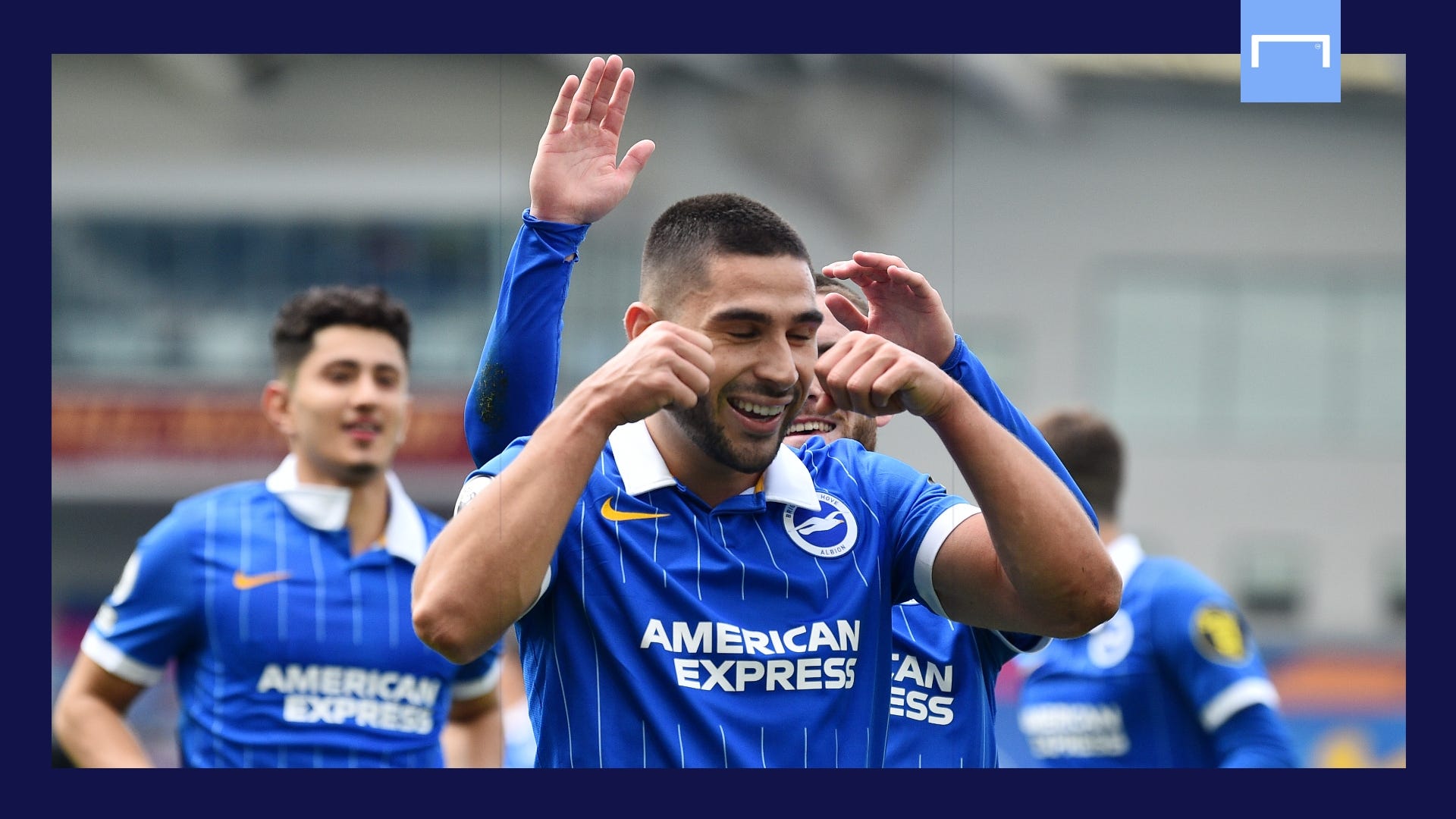 Solskjaer went with his favoured starting XI, which was so impressive in June's 3-0 at Brighton. But Potter had wised up to United’s movement and strategy, and his back three switched to a back five every time United tried to get forward. Consequently, there was no space to be found for United’s fluid front three in the first half.

While United struggled to break down an organised and resilient Brighton side, the hosts knew exactly what they were doing, with their full-backs Tariq Lamptey and Solly March pushing high and causing United problems, and their pressing forcing the visitors into errors.

In a story of two full-backs, it was a mistake by one and quick movement from another that led to Brighton’s opener. Aaron Wan-Bissaka was caught out by Brighton's high press and lost possession moments before Bruno Fernandes brought down Lamptey in the area.

The Portugal international admitted after he should have done better but it was a team mistake. Maupay produced a Panenka to outfox David de Gea, who has failed to save the last 19 penalties he has faced in the league.

United were lucky to go in level at the break, with Lewis Dunk turning the ball into his own net. It was a bitter setback for Brighton, who had executed their game plan to perfection.

Solskjaer needed a reaction in the second half and he got one less than 10 minutes after the restart.

A perfect ball from Fernandes released Marcus Rashford down the left wing and the England international embarked upon a driving run which saw him burst into the box, turn Ben White inside out before firing United ahead.

It was the ideal reaction to all the critics who have unfairly told him to focus on his football instead of his fight to end child poverty. As he showed with his sensational strike here, this young hero is more than capable of doing both. 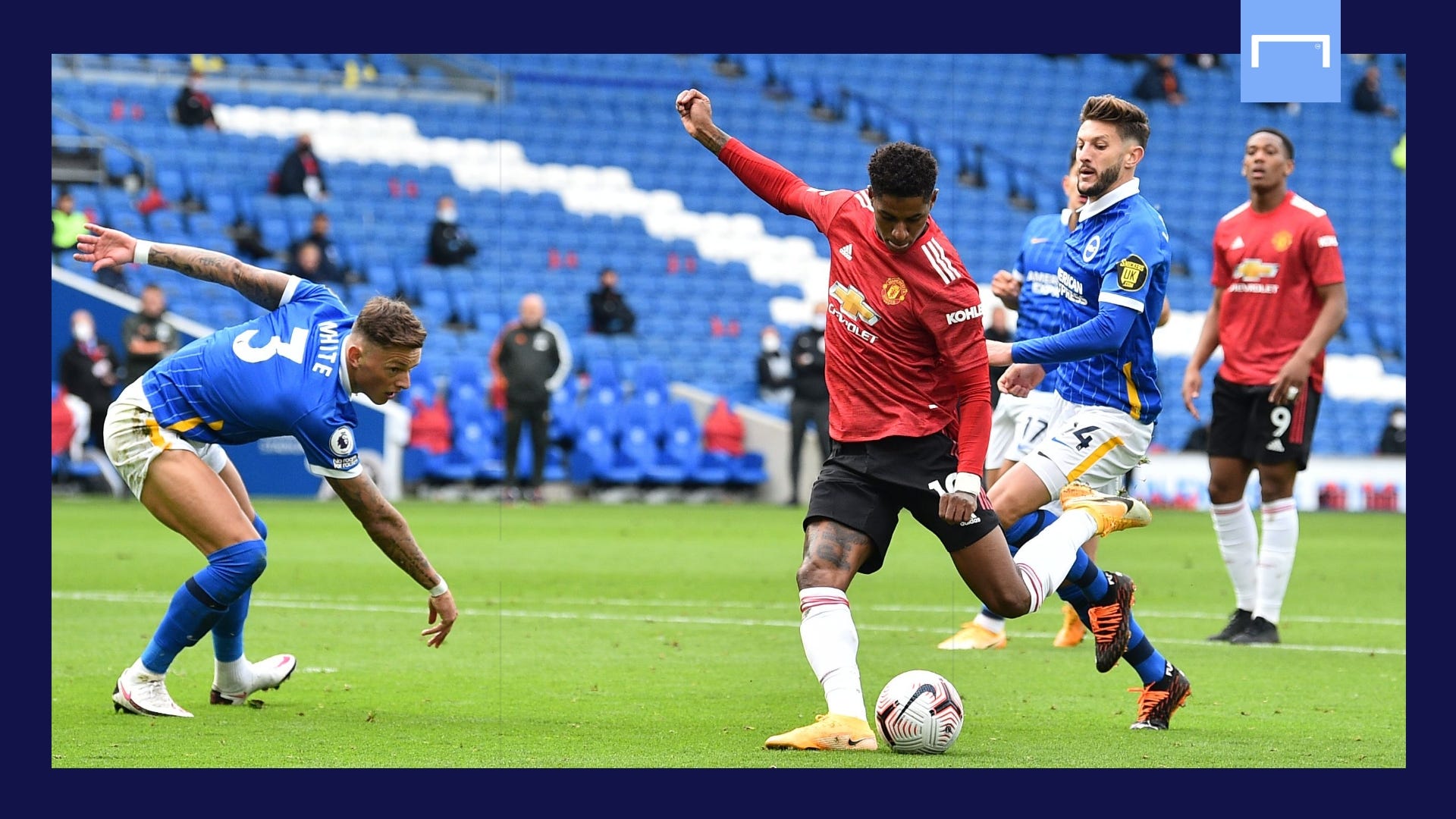 Despite Rashford's goal, United continued to struggle to contain Brighton, with March and Leandro Trossard both hitting the woodwork as United withdrew deeper and deeper into their own half.

This team should have been pushing to kill off the game with a third or fourth goal; instead, they sat back and invited pressure onto them.

Incredibly, Donny van de Beek, who Solskjaer has hailed for his creativity and movement, had to wait until the 91st minute to be introduced, with the manager instead turning to defensive reinforcements, with Fred replacing the anonymous Paul Pogba, who had another poor game, and Eric Bailly coming on for Mason Greenwood.

On an afternoon when United’s defenders had given Brighton far too much space, it was hardly surprising their equalising goal came from March being left unmarked to tap home at the back post with just seconds of the allotted five minutes of injury time remaining.

United looked set to drop two more points, but Maupay's senseless handball from the visitors' first corner of the game enabled Solskjaer’s side to rob all three.

Chris Kavanagh had already blown the full-time whistle when he was called to check the VAR monitor and he duly pointed to the spot. Fernandes hasn’t missed a penalty since 2016 and has scored his last 17. There was never any doubt over the ball ending up in the back of the net.

Uncertainty still surrounds this United side, though. There will be plenty of soul-searching done before Spurs arrive at Old Trafford next weekend.

For now, though, they can just content themselves with having pulled off the biggest heist in Premier League history.