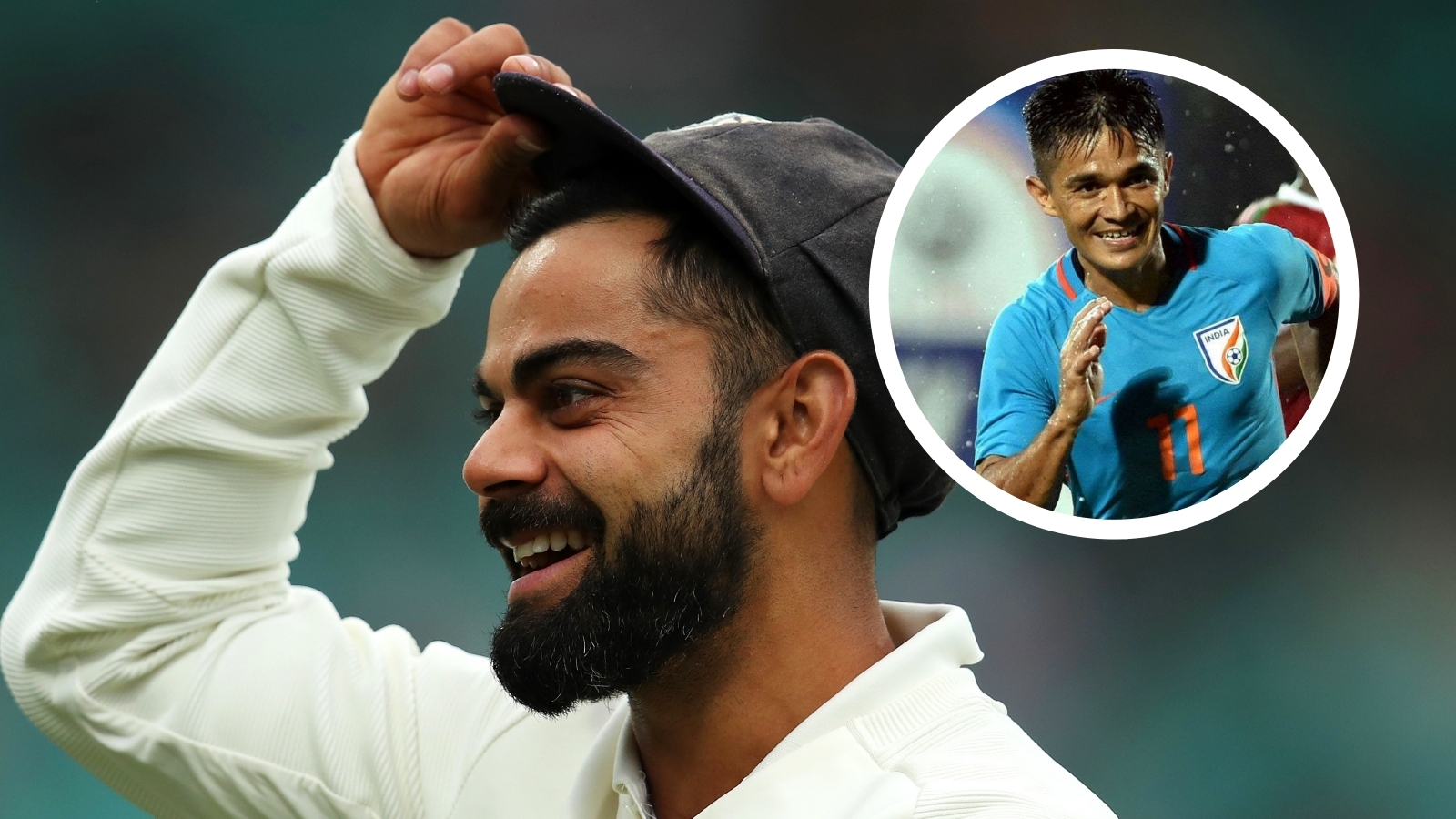 The Indian cricket team captain Virat Kohli took to social media to share a clip of an attempt at goal that ended up hitting the crossbar on Tuesday.

The video went viral in a matter of hours and also caught the attention of his counterpart from the Indian football team, Sunil Chhetri.

Chhetri left a comment on the cricketer's video and within 24 hours got a response.

What Chhetri commented and how Kohli responded

Kohli captioned his video "Accidental crossbar challenge" - a tweet which got retweeted thousands of times and gathered over 100000 likes.

He got many witty replies among which a fan suggested, "Igor (Stimac, Indian football team coach) should give him a call up." Another fan quipped, "Not better than Bigil (literally means 'whistle' - a Tamil-language sports action film)." Whereas a few exaggerated comparisons were made with football icons Cristiano Ronaldo and Lionel Messi in spirit of the game.

Leaving a hilarious comment on Kohli's video, Chhetri said, "'Saare coaching sessions ka ek hi invoice bheju, ya aasan kishton mein chukaoge, champ?' (Shall I send one invoice for all the coaching sessions, or would you like to make the payment via easy installments, champ?)"