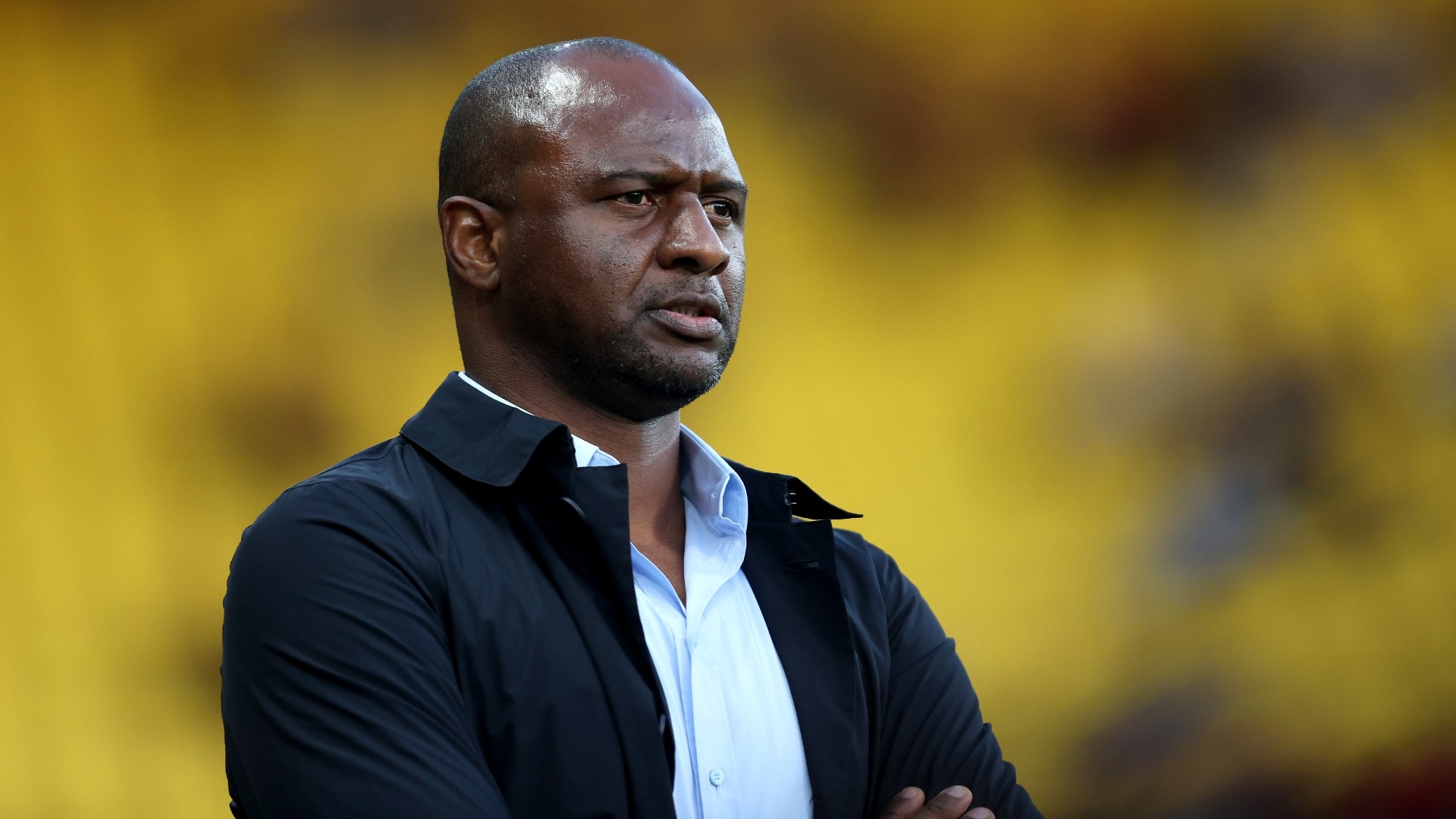 Patrick Vieira has distanced himself from Arsenal's prospective takeover bid by Spotify founder Daniel Ek, stating that he is "in a different position" after being appointed as Crystal Palace manager.

The Gunners legend will face his old club for the first time since his return to the Premier League to take the reins of their London rivals on Monday, after a solid start to life at Selhurst Park.

Before his arrival at the Eagles, though, the Frenchman was a strong supporter of Swedish billionaire Ek's move to buy his old side - but now he feels that current owner Stan Kroenke will not sell.

"I was just expressing myself as Patrick, ex-Arsenal football player," Vieira stated when asked about his previous support. "That comment was based on how the direction (of the club) was going.

"I was talking to somebody who had a different view and a different way of taking (forward) Arsenal. I am in a different position than a couple of months ago. So I'm not going to express myself in the same way than when I was just an ex-Arsenal football player.

"​When you were looking at the situation at the time it was clear that the Kroenke family was making the statement that the club is not for sale. Then I think everything was over. You can't buy a football club if it is not for sale."

What happened with the takeover bid?

Alongside fellow club legends Thierry Henry and Denis Bergkamp, Vieira offered his support to Ek's bid in the wake of Arsenal's failed involvement in the European Super League.

Yet Kroenke, who also owns NFL franchise the Los Angeles Rams among other sporting teams, has remained adamant that he would not part ways with the Gunners.

Last month, Henry assured supporters that Ek remained committed to the project of purchasing the club, however, suggesting that a long-running saga may be in store for fans.

While the saga of Arsenal's off-field future rumbles on, Vieira will hope to hand them a blow on it when his Palace side make the trip to the Emirates Stadium next.

With both sides returning to action from the international break, the Gunners will be wary of a slip-up against the Eagles, having now gone five games unbeaten across all competitions following a rough start to the season.

Palace, meanwhile, know that a win would see them match Arsenal in the table and move ahead of them on goal difference, as they look to rule themselves out of any relegation dogfight early in the course of the campaign.