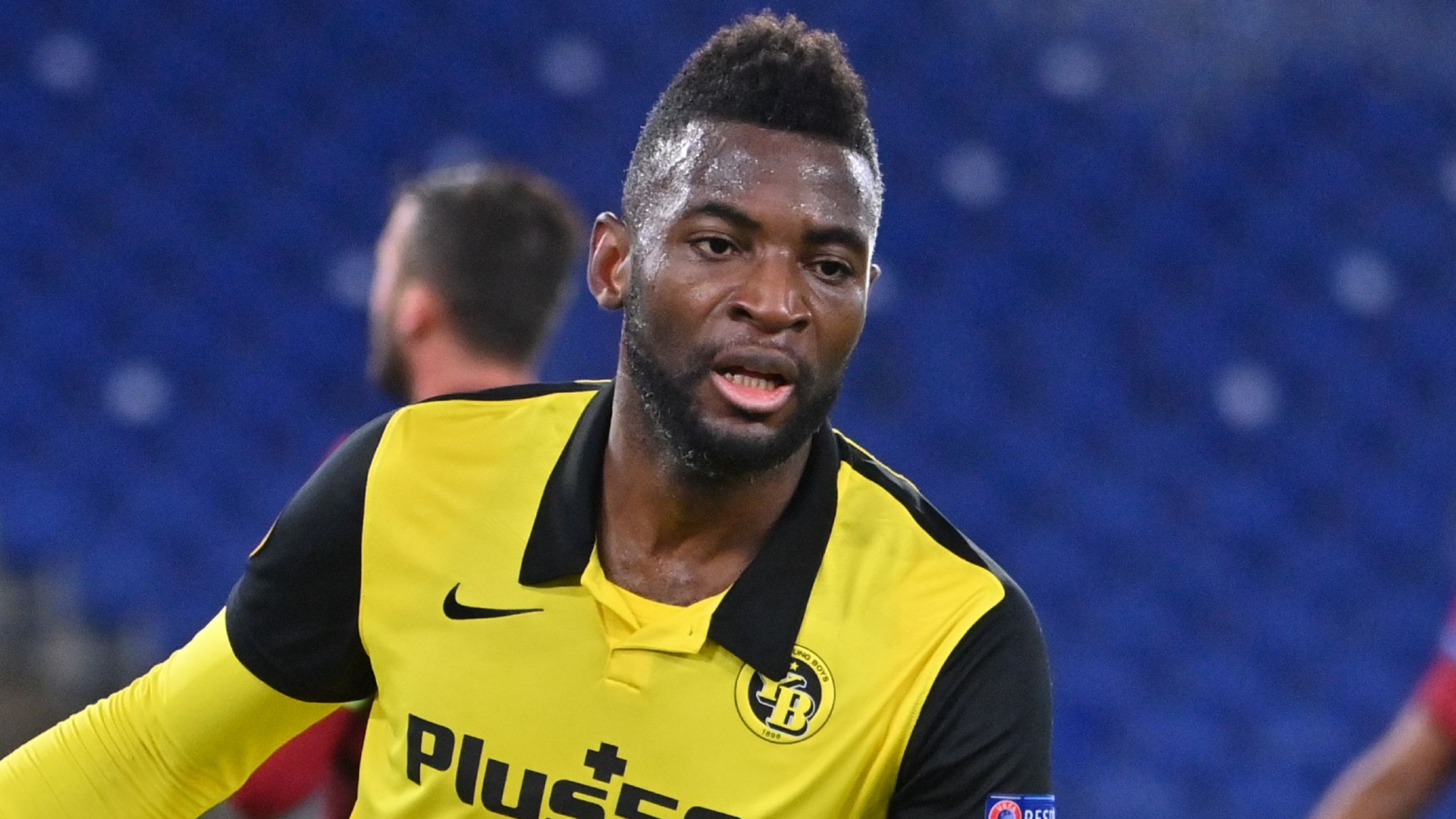 Jean-Pierre Nsame’s strike was cancelled by the Video Assistant Referee as Young Boys lost 2-0 to Ajax in Thursday’s second leg Round of 16 of the Europa League fixture.

The attacker was handed his eighth appearance in the European competition but could not add to his four goals in the tournament this season.

The forward made a frantic effort to try and rescue his side from crashing out from the competition but to no avail.

Despite losing the first leg 3-0, the Swiss club started the encounter on the back foot allowing the Dutch side to dictate proceedings.

Ajax soon opened the scoring in the 21st minute through a fine strike from David Neres after benefitting from Dusan Tadic’s assist.

After the restart, the Sons of the Gods continued to dominate the encounter and got their second in the 49th minute.

Nsame then fired a fine strike into the back of the net but after a check by Video Assistant Referee, the effort was ruled out for offside.

The Cameroon international featured for the duration of the game while his teammate and the Democratic Republic of the Congo forward Meschack Elia played for 65 minutes before he was replaced by Felix Mambimbi.

Nsame has scored 20 goals and provided eight assists in 32 appearances across all competitions this season, amid other dazzling displays.

The forward has been with Young Boys since the summer of 2017 when he teamed with the side from another Swiss club, Servette.

Nsame has helped the Wankdorf Stadium outfit won a number of accolades since his arrival, including three consecutive Swiss Super League titles.

The attacker will be expected to feature prominently when his side takes on Zurich in their next league game on Sunday.

Nsame has made only two appearances for Cameroon and will hope his impressive performances will help him win more caps for the Central African side.