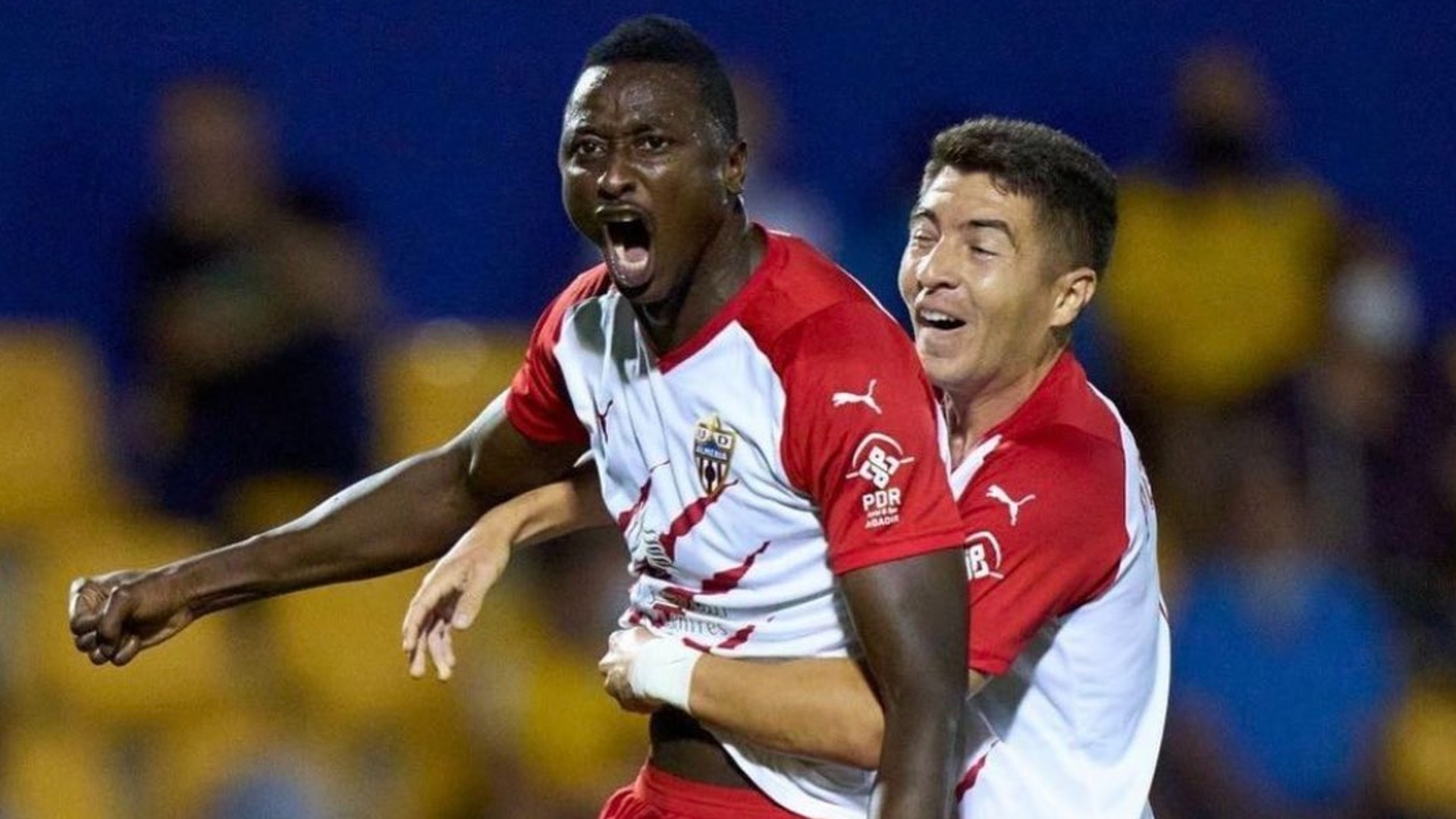 Former Nigeria U23 striker Umar provided a goal and an assist as Almeria secured a 2-1 away victory over Girona in Monday’s La Liga Smartbank game.

Heading into the game, Sadiq had scored three goals in his last two outings to shoulder the Rojiblancos’ aspirations of securing a return to the Spanish elite division.

As expected, the fixture got off to a flying note as both teams targetted an early lead. Nonetheless, the first 45 minutes ended goalless at the Estadi Montilivi.

The hosts dominated ball possession early in the second half, but it was the visitors who took the lead in the 51st minute.

Receiving a pass from Argentine midfielder Lucas Robertone, Sadiq gained his composure to fire the ball past goalkeeper Juan Carlos.

That goal woke Michel’s side from their slumber as they attacked en masse looking for an equaliser.

They restored parity a minute after the hour mark through Colombian defender Bernardo Espinosa, who was set up by Arnau Martinez.

In the 68th minute, Almeria regained the lead courtesy of Robertone was assisted by former AS Roma star Sadiq.

Despite a late rally by the White and Reds, they were unable to get the needed goal as they crumbled to their fourth defeat of the 2021-22 campaign.

Sadiq – who has now scored in his last three league games – was replaced by Dyego Sousa in the 89th minute, while England youth international of Ghanaian origin Arvin Appiah was an unused substitute.

Equatorial Guinea prospect Sergio Akieme was thrown into the fray for Alex Centelles with five minutes left on the clock.

For the home team, Guinean midfielder Ibrahima Kebe was subbed on for Ramon Terrats in the 76th minute.

With this result, Almeria have overtaken Sporting Gijon as league leaders having accrued 18 points from eight games.

They would be hoping to maintain that position when Las Palmas visit Estadio de los Juegos Mediterraneos on Saturday.

Michel’s men sit at the base of the table with just eight points from the same number of matches. Victory at Lugo on October 9 will see them return to winning ways.