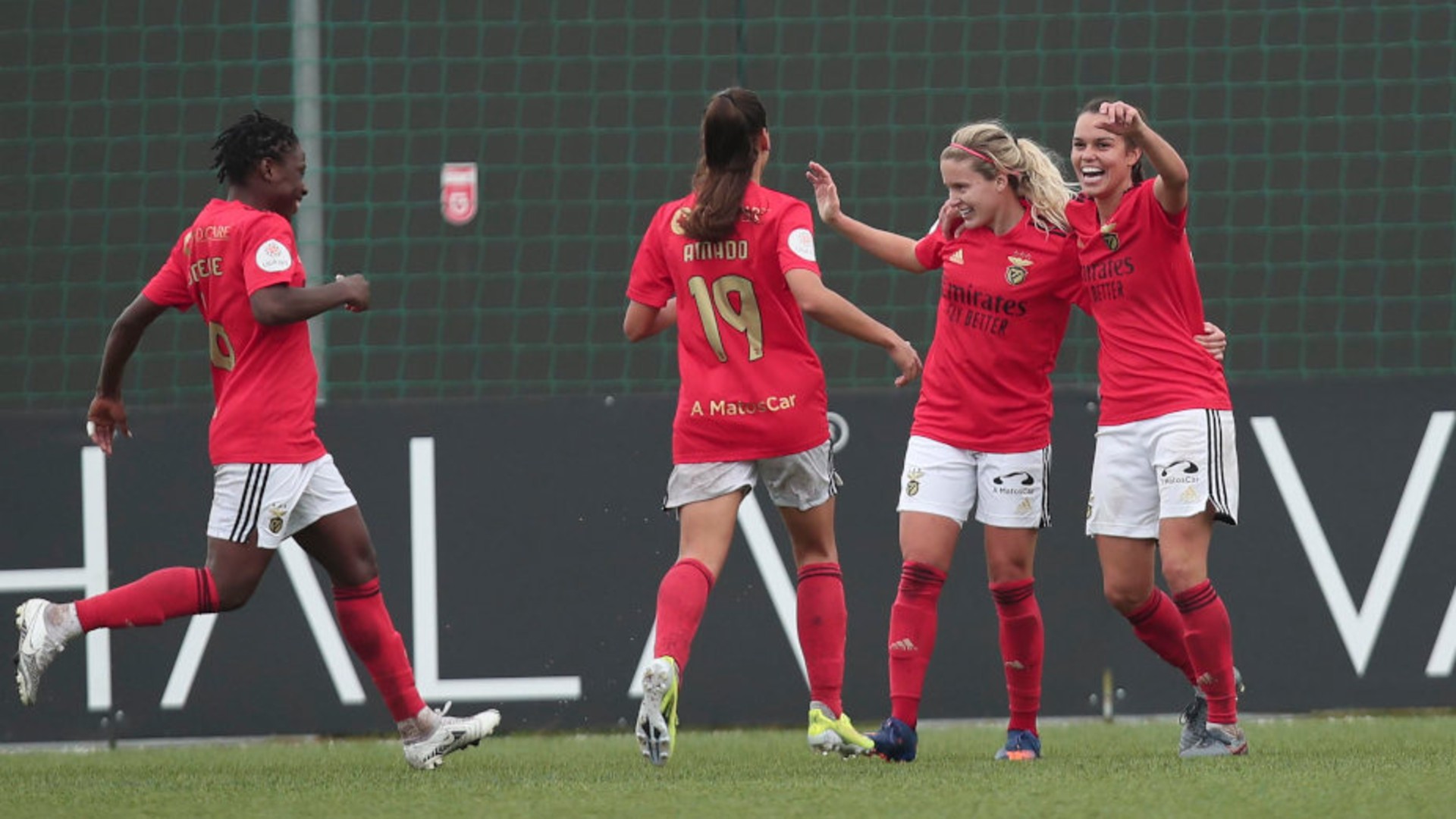 Christy Ucheibe's SL Benfica are through to the final of the 2020-21 Portuguese League Cup after a 3-0 semi-final win over Leandra Smeda's Famalicao.

To reach the semi-finals, Famalicao defeated Torreense 2-0 in the quarter-final, just as SL Benfica beat Albergaria by the same margin.

Having scored at Torreense, Ucheibe was handed a starting role for Benfica while Smeda appeared as a substitute for Famalicao.

Cloe Lacasse provided a superb cross for Vitoria's miss before Ucheibe's attempt was foiled by the defence in the 13th minute.

Moments later at Academia Famalicao Stadium, Gabi's fantastic free-kick was deflected to the path of the Nigerian midfielder but her powerful shot went wide.

After the break, Lacasse doubled the visitors' lead after squeezing her fine shot past Rute Costa in the 62nd minute before she hit her brace eight minutes later to seal the win.

The result saw SL Benfica progress to the final of the competition, waiting for the winner between Sporting CP and Sporting Braga.

Ucheibe was in action from the start to the finish in Benfica's triumph, while Smeda lasted the final 10 minutes of the match in the Famalicao loss.

The Nigerian will be eager to continue with her fine form when her side faces Famalicao in a league fixture on February 6.