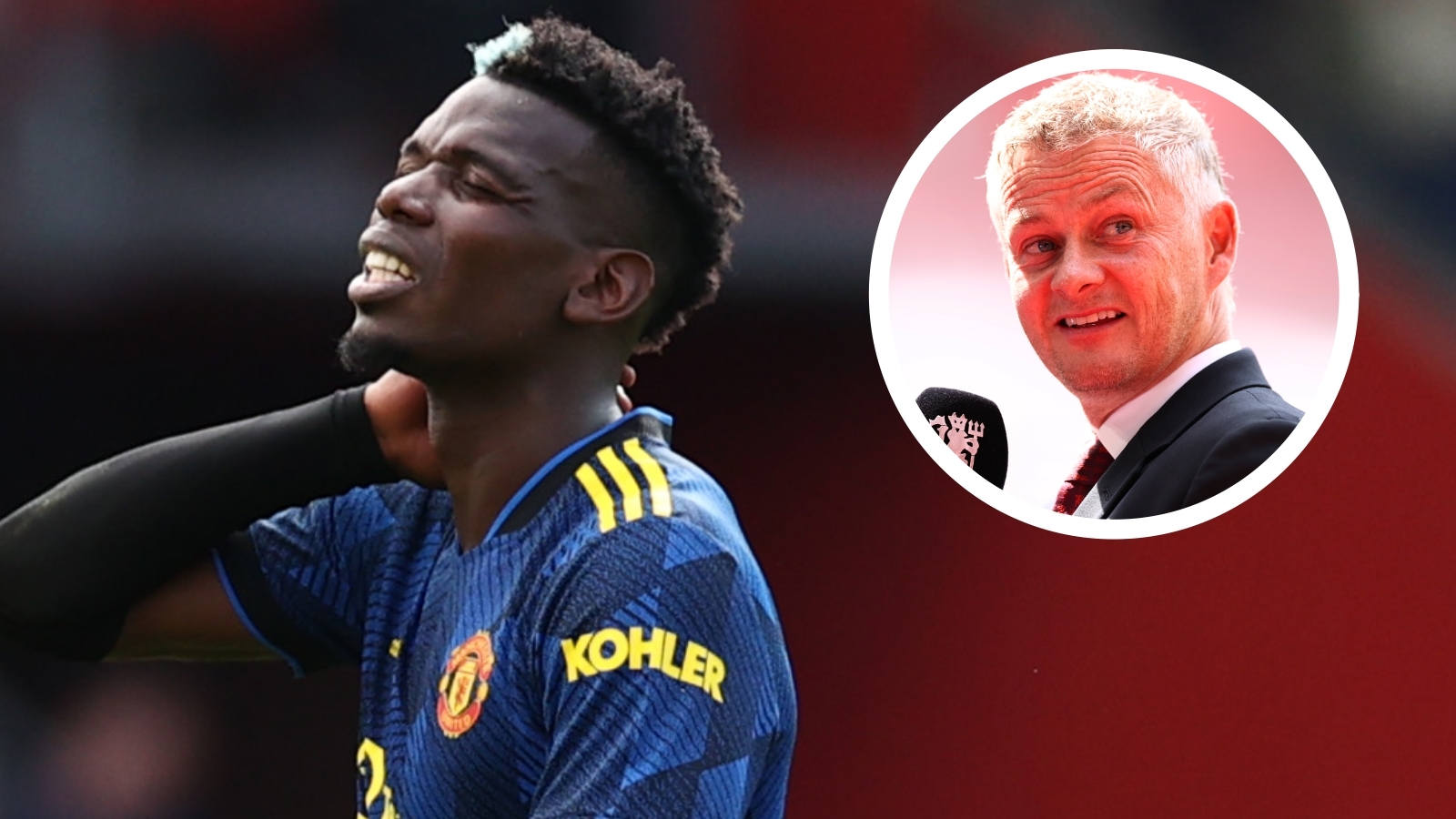 The midfielder has begun the new campaign in record-breaking form, but with his contract into its final year, the Red Devils face a fight to keep him

As Manchester United walked out to warm-up ahead of their meeting with Southampton at St Mary’s Stadium on Sunday, it was obvious that Paul Pogba was in the mood to entertain.

While his team-mates organised themselves for their pre-match drills, Pogba could be seen practicing his array of tricks and flicks.

Fancy footwork, an immaculate first touch and impressive dribbling are all part of Pogba's grand show and, for the most part, he makes it look so easy.

It is what makes him one of the game's biggest draws, and no more was that noticeable than when, long after the final whistle had gone, young Southampton fans in the directors' boxes did all they could to earn an acknowledgement from the France international as he completed his media duties.

Those Saints supporters had been witness to a second successive Pogba performance that hinted at him finally fulfilling his potential as a Premier League superstar.

All those skills that he had honed in the warm-up were on show over the course of the 90 minutes, though it was in the second half that United's great showman truly came to fore.

His combination play with Bruno Fernandes was breath-taking at times, with the pair working together to tee up Mason Greenwood for the Red Devils' equaliser in the 1-1 draw, while Pogba himself was unlucky not to net the winner after working himself room to shoot on the edge of the area

His toe-poke into the path of Greenwood for the teenager's goal means that Pogba is the first player in Premier League history to record five assists in the opening two games of a season, while no player can beat his eight league assists since the beginning of 2021.

It is that kind of form that is quickly making the 28-year-old the centrepiece of Ole Gunnar Solskjaer's side.

“Yeah, he’s been very good. Paul has come in bright with this personality, he’s worked hard over the summer, he’s lean and he’s enjoying himself, and we’ve seen that Paul wants to contribute,” Solskjaer said following the draw with the Saints.

“Of course, you don’t see him in the dressing room or on the training pitch, but he's really determined. He shows his winning mentality and I’m very pleased with him."

It is that mentality, combined with his output on the pitch, that is driving Solskjaer's desperation to keep Pogba at the club past the end of this season, with his contract set to run out in June.

Given the threat of him leaving on a free, there has been talk of Pogba being sold before the transfer window closes on August 31.

Solskjaer insisted ahead of the Southampton game that he expects the ex-Juventus man to still be at Old Trafford come September, though that is likely more true now than it was before Lionel Messi's move to Paris Saint-Germain all-but ended the chances of the French giants turning their interest into a concrete offer.

Despite his contract situation, no other club are realistically going to be able to offer United what they want for Pogba in the next eight days, meaning he will - in all likelihood - be around until at least January.

That would give United a four-month window to try and tie their club-record signing down to a fresh deal before he can begin negotiating with other teams, so what do they have to do to keep him?

Aside from offering the right financial package, it is clear that Pogba wants to be challenging for the silverware he believes a player of his ability should be winning.

"I prefer to win the league and don’t have the record," he said at St. Mary's after being told of United's record-equalling run of 27 away league games without defeat, and there is certainly a feeling that the World Cup-winner is keen to lift more trophies than he has had chance to since his return to United.

It is fair, then, to have a slight bit of sympathy towards Pogba, particularly after watching him against Southampton playing alongside Fred and Nemanja Matic in midfield.

The duo struggled to impose themselves on the game either from an attacking or defensive point of view, leaving Pogba to consistently look to bail his team out in a bid to avoid dropping points at such an early stage of the season.

At times he and Fernandes have been unplayable in these early weeks of the season, but they need help from players other than Greenwood to turn United from challengers into champions.

Anthony Martial did not seem up to it after being entrusted to start against Southampton, and though Jadon Sancho, Edinson Cavani and Marcus Rashford will improve things as they are introduced through the autumn, United will hope to be well on with tying Pogba down by then.

“I'm not worried whatsoever that the length of any player's contract is changing the level of their motivation and inspiration," Solskjaer said on Friday, and the evidence is clear that Pogba is not about to down tools and wait for a big signing-on fee elsewhere in the summer.

But with Sancho and Raphael Varane perhaps the two key pieces Solskjaer needed to complete his United puzzle, he knows he cannot afford to lose Pogba so soon after their arrivals.

To ensure he does not, his team will need to be better than they were on their first away trip of 2021-22.