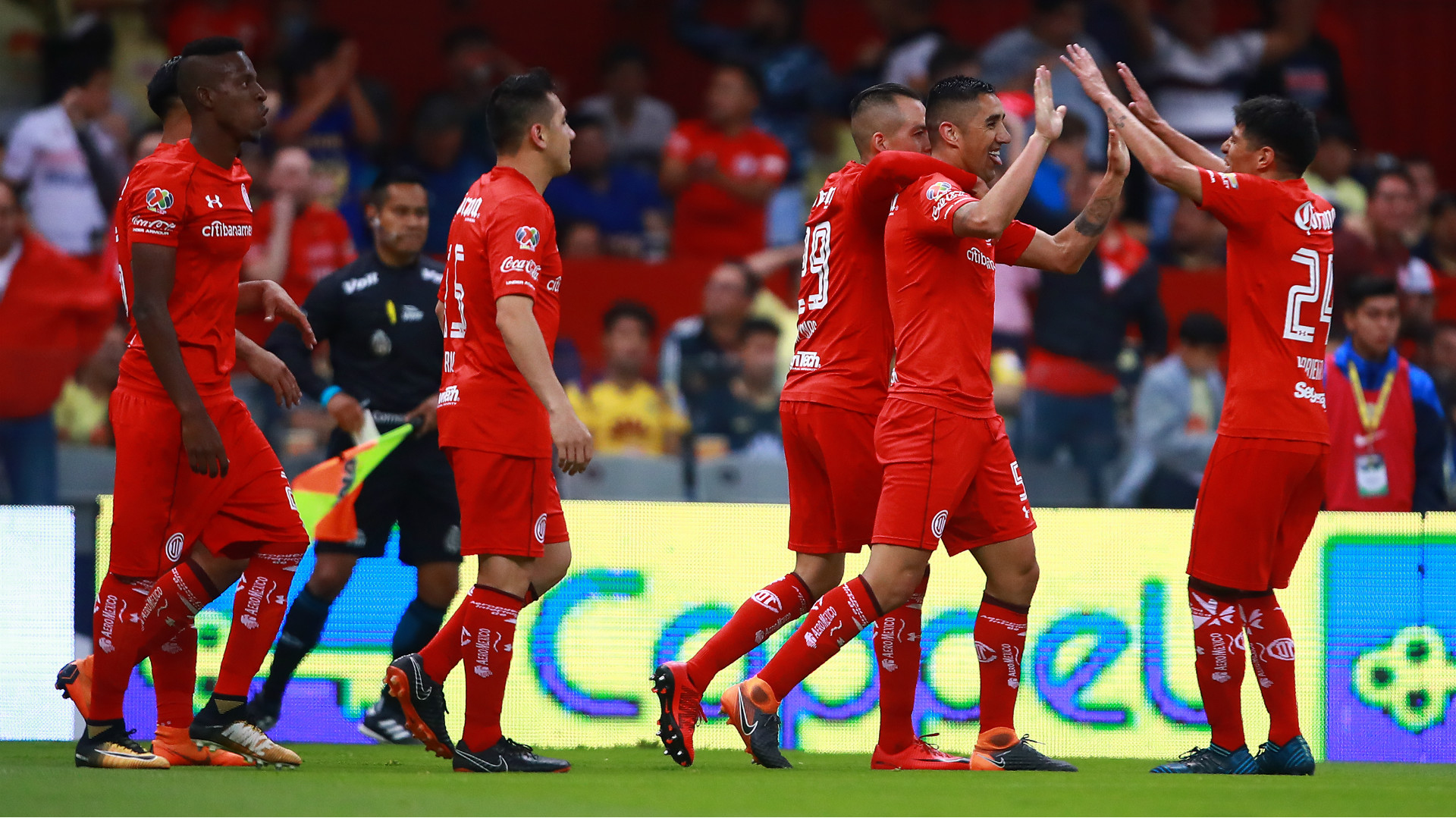 While every other Mexican team has lost at least once in the last three league matches, both clubs will put long undefeated runs on the line this weekend.

Toluca's last defeat came back on Valentine's Day and they've won their last 10 across all competitions.

Mananger Hernan Cristante has selected the same side for the past two matches and only swapped in forward Alexis Canelo for Fernando Uribe in before that. He has no injuries or suspensions to force a change this week.

Javier Aquino and Jurgen Damm both played in Tigres' 4-1 thrashing of Leon last week after missing Mexico's friendly matches because of injury. Right back Luis "Chaka" Rodriguez is yet to return after a right hamstring issue but was fit to make the bench against Leon and may return to the starting XI this weekend.

Toluca is the slight favorite to win the match with dabblebet pricing it at 6/4. Tigres are rated 17/10 to emerge from the Estadio Nemasio Diez with a victory while a draw is available at 9/4.

Click here to see all of dabblebet's offers for Liga MX, including goalscoring markets, correct score predictions and more.

It's the match of the weekend and a match that could determine which team goes into the Liguilla with the No. 1 seed. With four weeks to play in the regular season, Toluca and Tigres are undoubtedly the hottest teams in the league. Neither lost in the month of March with Toluca on an incredible 10-match winning streak across both the league and the cup.

That the start of the streak roughly coincided with goalkeeper Alfredo Talavera's return from an ACL injury may not be coincidence. The Red Devils have been defensively sound with Argentine tactician Hernan Cristante finding a consistent back six of defensive midifelders Antonio Rios and Leonel Lopez with a back four of Rodrigo Salinas, Osvaldo Gonzalez, Santiago Garcia and Cristian Borja in front of Talavera.

Yet, the back line has been a bit leaky during the streak with the attack good enough to cover some of the deficiencies. Luis Quinones, the former Tigres midfielder, has scored three goals in the last four matches, finding a home after separating from the Lobos BUAP squad midway through the previous tournament.

Tigres typically rely on their back line and generally have gotten solid performances out of the veteran unit this campaign. Injuries have hit, with right back Luis "Chaka" Rodriguez potentially returning to the starting XI Sunday, but the big-spenders have been deep enough to cope without players like Rodriguez, center back Francisco Meza, left back Jorge Torres Nilo, winger Jurgen Damm and winger Javier Aquino at various points during the campaign.

Now, they're getting nearly everyone back to health, allowing manager Tuca Ferretti to rotate players to keep them healthy and keep defenders guessing at which attacker he'll throw at them.

Toluca is the hottest team in the league, but Sunday brings the toughest test they've faced in the new year. If there's a winner, that team likely will become the leader and definitely will become the favorite to enter into the postseason with the No. 1 seed next month.