The transformation of Australia's Sam Kerr: From wild winger to best No.9 in women's football 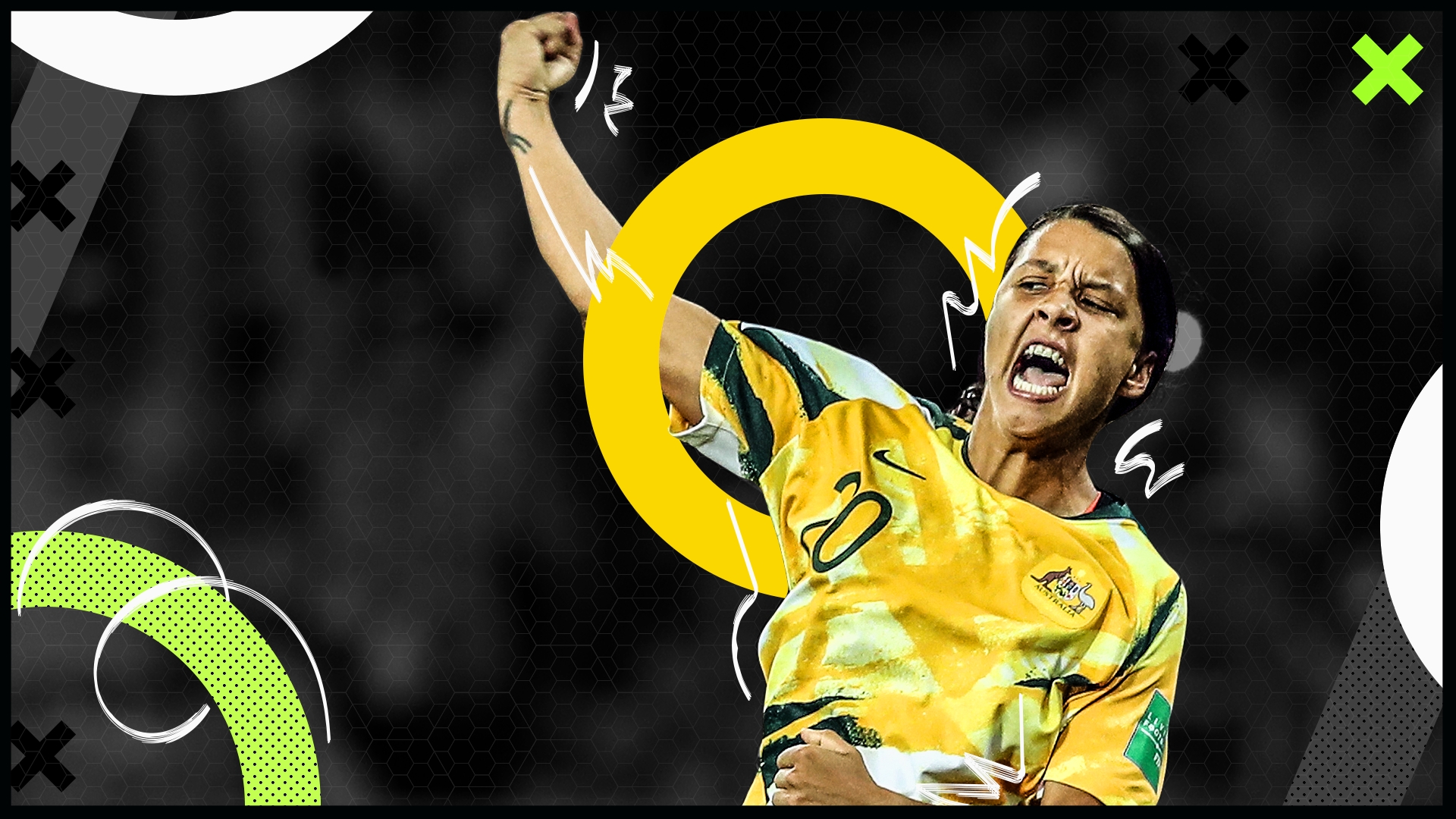 Coaches, friends and team-mates reveal how the "unreal talent" lived up to early hype, using her injury turmoil to fuel her record-breaking goals

Sam Kerr is no ordinary footballer.

She only started took up football at 12, having spent her childhood playing Aussie Rules. Just three years later, she was an Australia international.

Fast forward to the end of 2019 and the forward's statistics speak for themselves.

Kerr is the all-time top-scorer in Australia's W-League and the NWSL in the US.

She scored 41 goals in 43 games for club and country between August 2018 and 2019, earning her third spot in this year’s Goal 50 – and a huge move to Women's Super League giants Chelsea.

As the striker's international team-mate Amy Harrison puts it, she’s quite simply a “freak”, something that has been apparent from day one.

“I was about 13 when I first came into Under-17s Australia camp,” says Alanna Kennedy, an Australia international and current Sydney FC defender.

“Because Sam's from Perth, she was running a bit late and everyone was going, ‘Oh Sam will be here soon, Sam this, Sam that.'

“I was like, ‘Who is this Sam that everyone is going on about?’ And then she rocked up, the chick from Perth, and she was wild as ever.

“She’s always been pretty upbeat and a fun person to be around.

She was someone that grabbed the immediate attention of her coaches, too.

“The first time we all saw Sam Kerr play we all thought she was something special,” Alen Stajcic, coach of the Matildas from 2014 to 2019, explains.

“A gifted mover, mobile, athletic and the ability to beat opponents with ease – and most importantly the desire to run with the ball and not fear trying to be unpredictable or creative.”

Word quickly began to spread of what the girl from Perth could do. After making her Australia debut at 15 in 2009, the hype around Kerr was understandably huge, but it wasn't a smooth transition to senior women's football.

Two years later, in 2011, Kerr had surgery on her knee that meant she missed a whole season, aged just 18 – and just when she started to hit form again, injuries hit again.

Another knee problem sidelined her for several months, before a ligament rupture in her foot made her a doubt for the 2015 Women’s World Cup. She trained on her own every day to stay in shape, but it was a difficult period for the young attacker.

“I think it was sort of during that time where she really knuckled down and put in the hard work,” Clare Polkinghorne, Kerr’s long-time Australia team-mate, adds.

“Not to say that injuries are a blessing in disguise, but she really made the most of it and she came back a better player and that’s a testament to her and all the hard work that she put in.

“It’s a credit to her and her character.”

When Kerr returned to full fitness, she would set about redefining herself as arguably the deadliest striker on the planet.

Previously a winger – and an effective one at that, with Stajcic highlighting how “she could isolate defenders and use her speed, mobility and dribbling to create goal-scoring chances” out wide – Kerr was moulded into an even more effective No.9.

Bobby Despotovski, her former coach at Perth Glory, admits he had a “vision” of playing her there from the start, but it took time for her to develop the goalscoring nous to make it a success.

“We worked very hard on achieving that cool, calm and collected brain to score goals,” he explains.

“Obviously with her speed, she's going to separate herself from the defenders quite quickly and then she needs to collect her thoughts and be clear in her mind with what she wants to do with the ball.

“Year by year, she developed her natural instincts more and more. When we started this process, it was converting two out of eight chances, now she’s converting six to seven out of eight.”

Matildas midfielder Tameka Yallop, capped 81 times for her country, laughs: “It’s not like she’s a complicated player or anything!

“I think she’s just brilliant in the times that she needs to be and she’s always hard-working.

“She’ll always make that run and put herself in the best position to score, and I think that kind of comes naturally to her.”

Amidst all the talk of her talent and mentality, though, the overriding picture painted by her team-mates is how much Kerr enjoys playing – and how enjoyable she is to be around.

It’s something that makes her a great captain for her country, having assumed the role since Ante Milicic’s appointment in February.

“I think she has that really good balance of being a great team-mate and being on the field trying to get the best out of everyone, which is so important,” Australia team-mate Harrison says of her skipper.

“She knows when to be serious but she’s also full of smiles and laughs as well,” adds Yallop.

“She’s probably the first person to laugh at any joke – especially her own.”

“She’s one of those players that could be mucking around five minutes before a game and then go and have the best game of her life,” Polkinghorne adds. “That’s just her.”

And behind all her success, Kerr remains as humble as it gets.

When she wins an individual award, it’s because of her team-mates. When the team is winning, it’s thanks to the coaches. And when she comes back strong from an injury, it’s because of the staff and people around her.

While it’s been an incredible year for Kerr, the truth is that it probably won’t be one of her favourites.

She collected the NWSL’s Golden Boot and MVP award, but was part of the Chicago Red Stars team that lost 4-0 to North Caroline Courage in the championship final.

For Australia, Kerr scored her first World Cup goals this summer – five, to be exact – but couldn’t stop the Matildas from crashing out on penalties in the last 16 against Norway.

“I think Sam’s the first person to say that she’d give up all her individual awards for team accolades,” says Kennedy.

At Chelsea, she'll hope to do exactly that. The Blues are top of the table at this early stage of the season and have already beaten reigning champions Arsenal.

With Australia, there is a chance to bounce back from that World Cup disappointment quickly too, as the Matildas head to the Olympics next summer.

How many goals Kerr scores won't matter to her either. If 2020 sees her bring silverware at club or international level, she'll deem it better than 2019.

Given how remarkable the last 12 months have been, that's quite the attitude. But then again, Kerr is no ordinary footballer.