Sumareh opens up on his time with the Malaysia national team from the unexpected call to his favourite match, fighting back the criticism and more.

Back in 29 September 2018, a brace from Safawi Rasid helped Johor Darul Ta’zim dump Pahang out of the Malaysia Cup competition in the quarterfinal stage and effectively ended the season for the Elephants that year.

With no more matches to be played that year for them, naturally Pahang players will start planning their off-season holidays, something which Mohamadou Sumareh had done but will be forced to abandon his plans just a few days after that.

Malaysia were due to play Sri Lanka on 12 October 2018 in an international friendly as Tan Cheng Hoe kickstarted preparation in earnest towards the 2018 AFF Championship. But unlike his other teammates in Norshahrul Idlan Talaha and Matthew Davies, who were a constant presence in the national team set-up, Sumareh had never been called up to that point.

When a surprising phone call did come asking him to join up with the national team, Sumareh was left ecstatic but at the same time feeling rather worried because he was comparatively off the pace than the rest of the team. 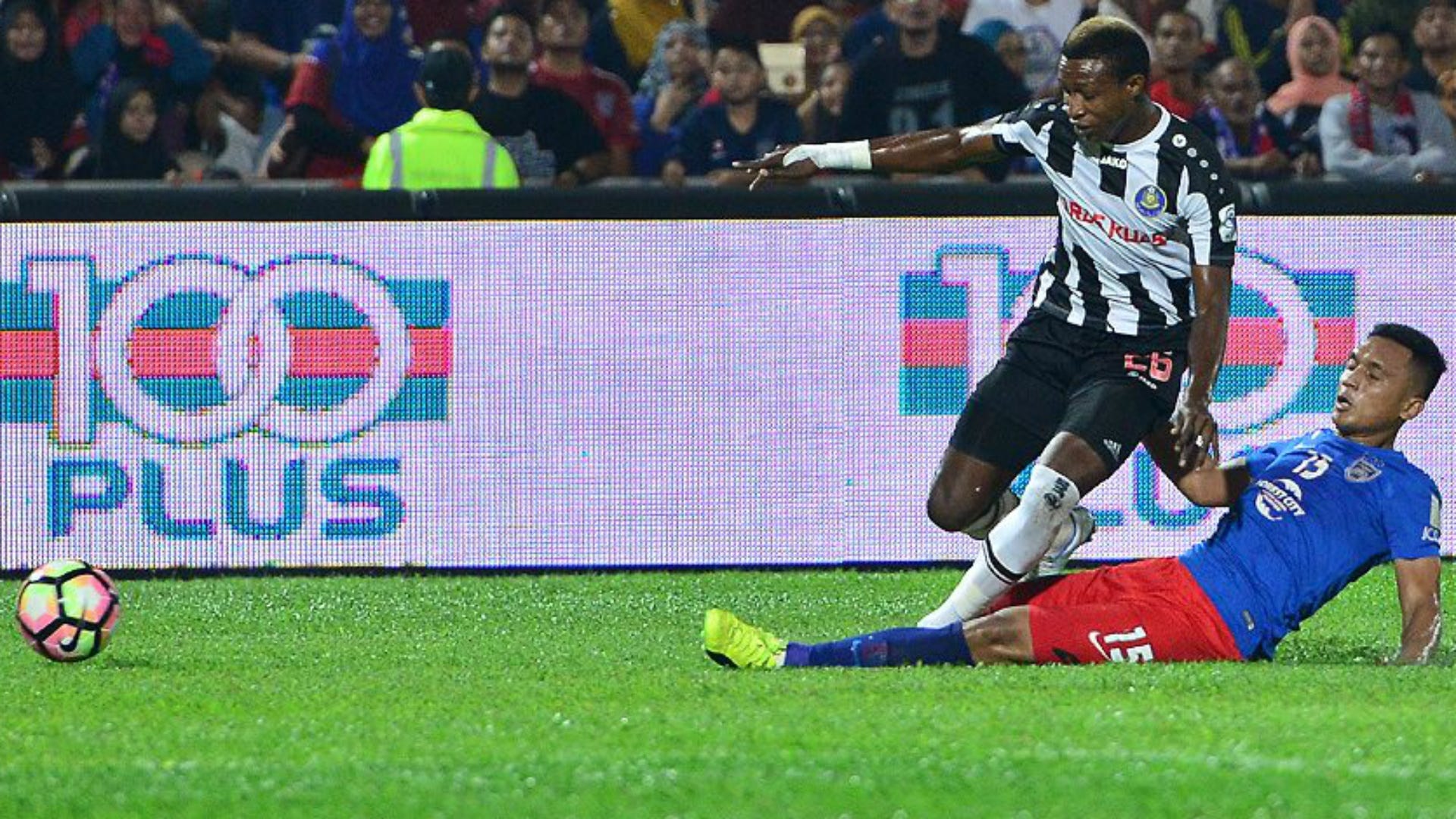 “To be honest, I had already planned my holidays because the season was over for me because I didn’t think that I’ll be called up. Luckily I didn’t buy my ticket because all of a sudden I got the call asking me to join the camp,” Sumareh told Goal.

“But I went to the national camp with a lot of worry because I was so unfit and had not trained since the season ended. That’s why I didn’t start because the coach could see in training that I wasn’t fit. Before I came on, I was worried. I remember telling Matt about it. He just told me to do what I normally do for Pahang and just play my game. When the first ball came to me, I didn’t manage to control it.

“You know when you come on and the first touch is a good one, your confidence goes up. But when that first one came, the ball just went under my feet and out. I was fearing the worst but luckily I managed to keep calm, starting playing some one-twos and got more comfortable by the minute. That was it, everything worked out well for me after that and we came from behind to get a win.”

It was the perfect debut in the colours of Harimau Malaya for Sumareh. Replacing Shahrel Fikri at the start of the second half, he scored twice as Malaysia came from a goal behind to win 4-1 in Colombo. Fast forward 12 months later and it would be strange to see a Cheng Hoe team without Sumareh’s name on the team sheet, be that as a starter or from the bench.

The first naturalised player ever to play for Malaysia and it was widely seen as a success. Born in Gambia, Sumareh had followed his family to Malaysia since young and had lived in the country and grew up with increasing affection and affinity with the country.

He has been a big part of a successful period for the national team who had reached the final of the 2018 AFF Championship as well as a sterling run thus far in the joint 2022 World Cup and 2023 Asian Cup qualifications. 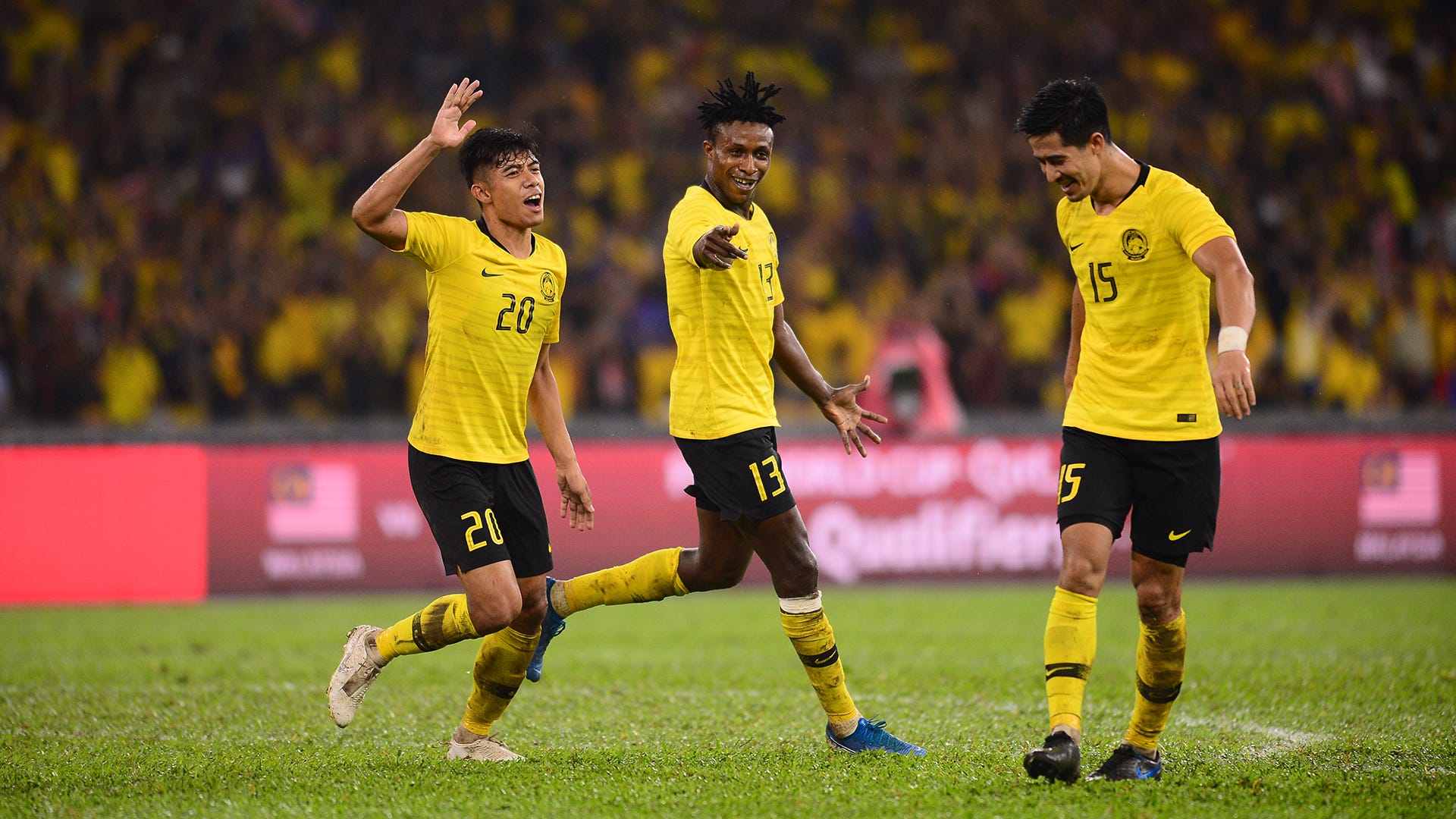 “Honestly when I first went there, that was the thing that I was expecting. But it was the opposite. I felt like I knew everyone for a long time. I’ve played against some of them and they are familiar faces. Also luckily for me I had Matt there. When I went there I didn’t feel like an outsider at all. Maybe I was one of the lucky ones, I was accepted right from the start and I didn’t face any trouble from the team.”

Despite getting a brace in his debut, goals wasn’t always Sumareh’s biggest contribution to the team as his total tally of six goals would attest to but there’s very little doubt that when it comes to the big matches, this wide forward is the one to look out for.

One match which he believes is one where he played his best football. One which tugs at the emotion because of the things that happened surrounding that game. The one he meant was the 3-2 win at Gelora Bung Karno Stadium on 5 September 2019.

“The Indonesia game, the one we won 3-2. Last minute maybe one or two seconds left and we won the game having been in a losing position. That was beautiful. That feeling, I never felt it anywhere else. Even when I won the cup with Pahang (2018 FA Cup), we were already 2-nil up and we knew that we were going to win the game. But this one against Indonesia when I came on, I was thinking the best we could get was a draw.

“It’s about the whole scenario and how they were treating our fans. We felt bad. They were bullying us in their home. Right there we weren’t playing for ourselves only. We were playing for the country and our fans that were abused. We played and fought for a lot of things.

“During that stoppage, we were talking among ourselves and telling each other to see what they are doing to our fans. Right now we are to fight for these people, for the win and we cannot get distracted. Obviously they are frustrated because we were playing better and that’s why their fans acted like that. We just kept thinking to use this to our advantage.

“It was already additional time and Matt put in a brilliant cross. All I had to do was to tap it in. From losing to draw to winning still leaves me with goosebumps thinking about it.” 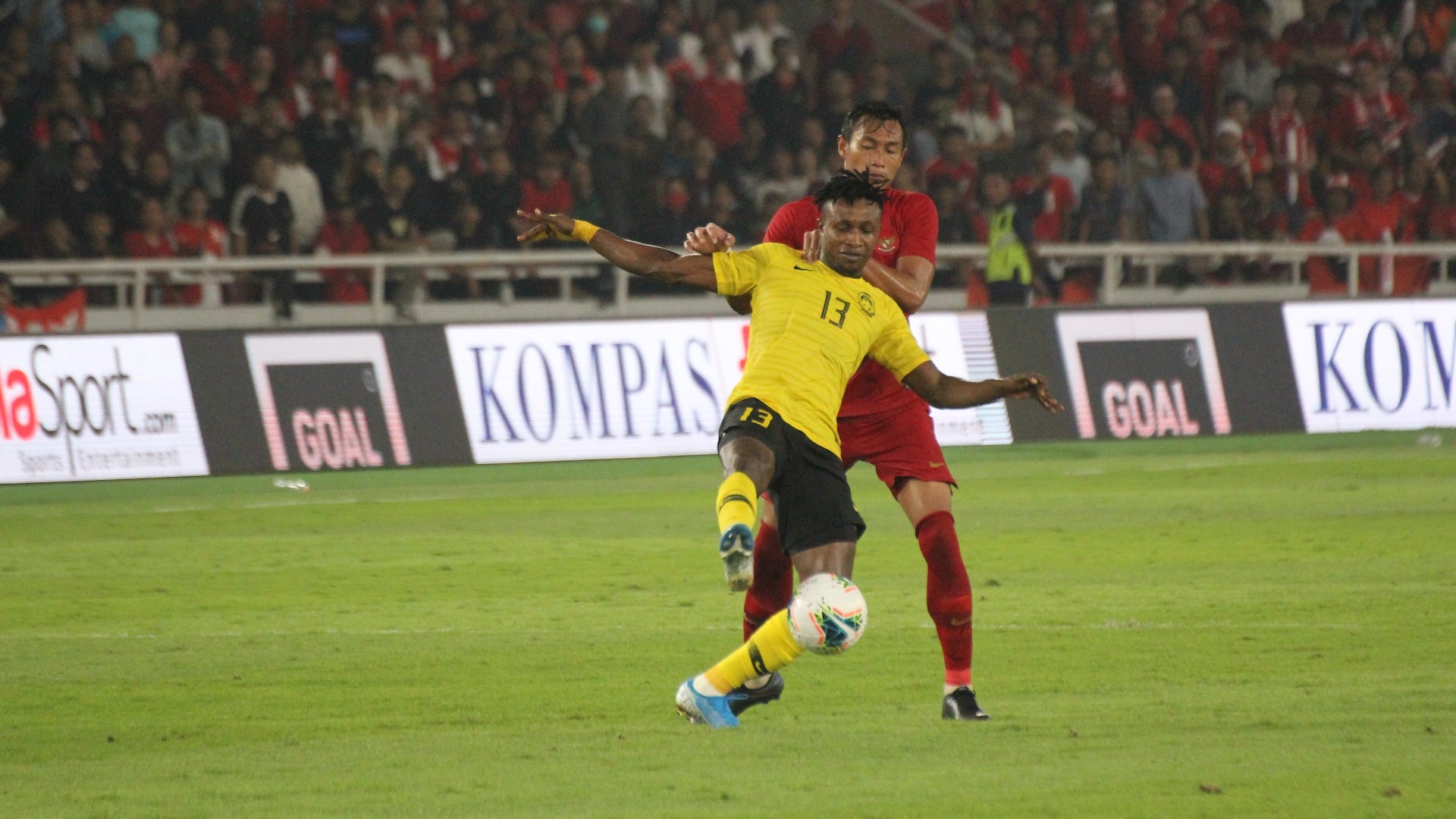 But while there were plenty of memorable results and performances, there were also lows suffered by the team and despite new found adulation from almost all corners of the country, Sumareh couldn’t escape online brickbats. It is something that modern day footballers have to deal with in the era of high-speed internet and multitude of social media.

End of the day, footballers are young adults who, like their non-footballer peers, also want to be part of it. However opening up a social media account for a public figure like Sumareh meant that he was also open to criticism and comments that are less pleasant to see when he does something wrong on the pitch. But the 25-year-old feels like he has a handle of compartmentalising things in that department.

“Even though you don’t want to see stuff, when they tag you, sometimes you can’t avoid seeing it. You see a tag and you’re curious to know what it is. When I see negatives, I don’t focus on it. When I see fans that give me positive vibes, then I’ll compare the positives and negatives. Turns out there’s more positives, then why should I focus on negative people.

“When fans wish me well, they really want me to do well for the country and I put that in my head. For those that give me pressure and saying negative stuff, it also helps me because it makes me angry and makes me want to prove myself more. So these things bring the best out of me.

"Some players are different and can have a dip in confidence when they read such things. They don’t want to do what they're supposed to do and are scared to lose the ball all because of fearing that the fans are gonna have a go at them after the game. For me it’s the opposite. I always go out to play my game and give my everything. When I go onto the field, I’m not the sort that hears what the crowd says.” 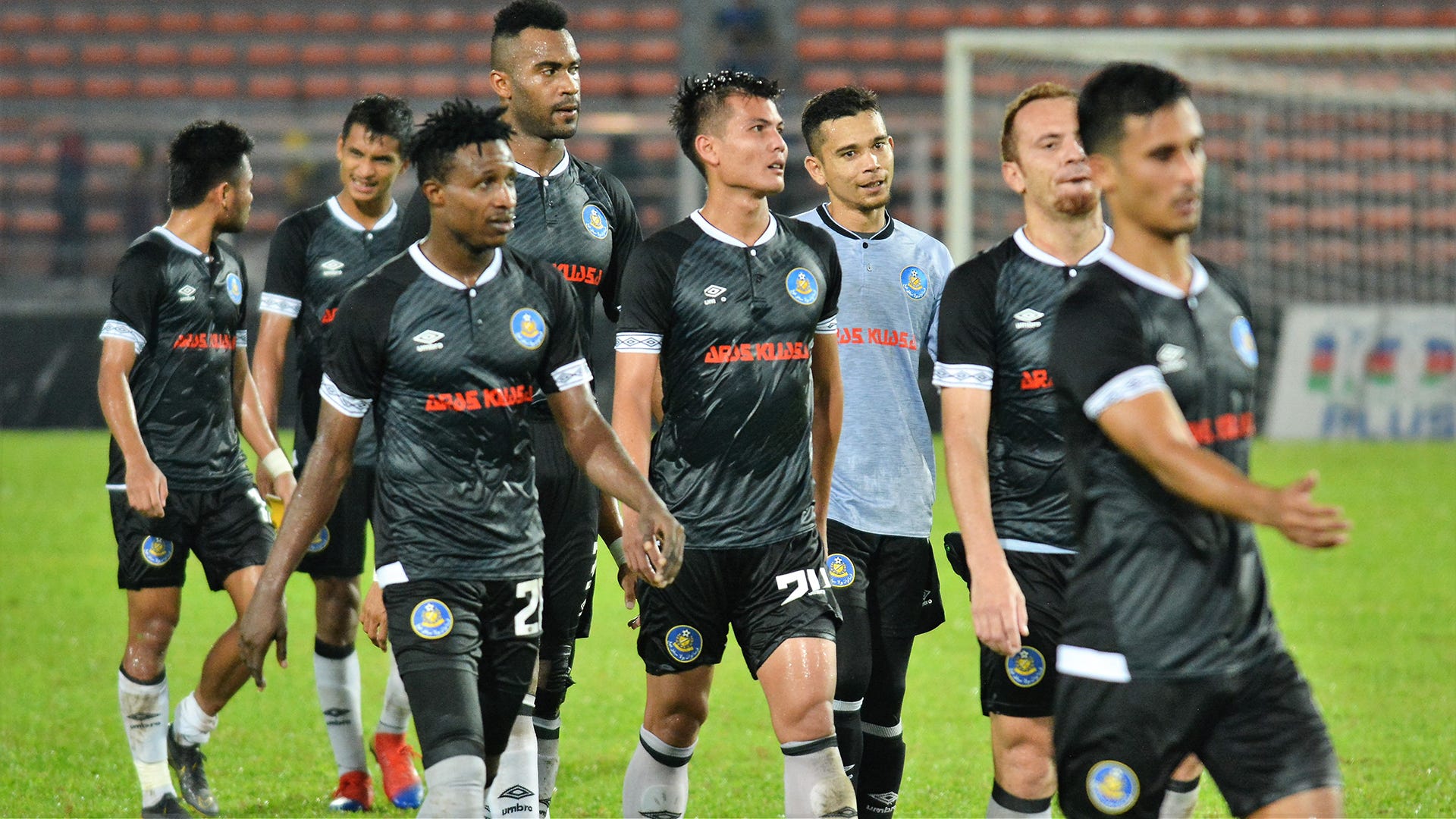 Following the high in which Sumareh and his teammates ended the 2019 season after back-to-back wins over Thailand and Indonesia that propelled Malaysia to second spot behind Vietnam in the qualifiers, he was itching to get straight back into the action in 2020, hoping to continue to ride on the positive momentum.

But after only four matches played in the Super League, Sumareh had to power down again before he even had a chance to get into his stride. Football being hit by the impact of the coronavirus outbreak wasn't the only big change in Sumareh's life as a footballer.

It is no secret that he and Davies were big pals on and off the pitch. So when the former captain moved to Johor Darul Ta'zim before the start of the 2020 season, it had a big impact on Sumareh. While supporting the move, he lost his friend in the Pahang team his mini tactician.

"We are best friends and roommates. Every time before a game, we always talked about what we want to do - our own little plans for what we want to do on the right side. Sometimes he ask me to drop back to help if the full back goes pushing up but mostly they don’t because of me. Then he will tell me to go and he’ll stay.

"We have discussions and we try to help each other. I’m used to having him talking about the game and what we wanna do. All these things helped us, and that is why we can combined so well during the game. Of course it’s sad that he left. I wished we could have played together forever but every player has his own path to take. He’s done it for Pahang and it was the right time for him to leave and I’m happy for him.

"But I did tell him that jokingly that I might ask to switch over to his side when our teams met. We haven’t played against each other competitively but in training we are both giving each other a very tough time. Both of us hate losing, even when it’s a friendly training. So when it’s an actual and he’s my real opponent, that is really exciting to look forward to."

He might still be young, but Mukhairi Ajmal has plenty to say. We had a chat with the gifted Selangor youngster about his idols, ambitions for the future and playing with @luqmansham_10. Click link in bio for the full exclusive interview!