'The pictures speak for themselves' - Long disappointed with denied penalty 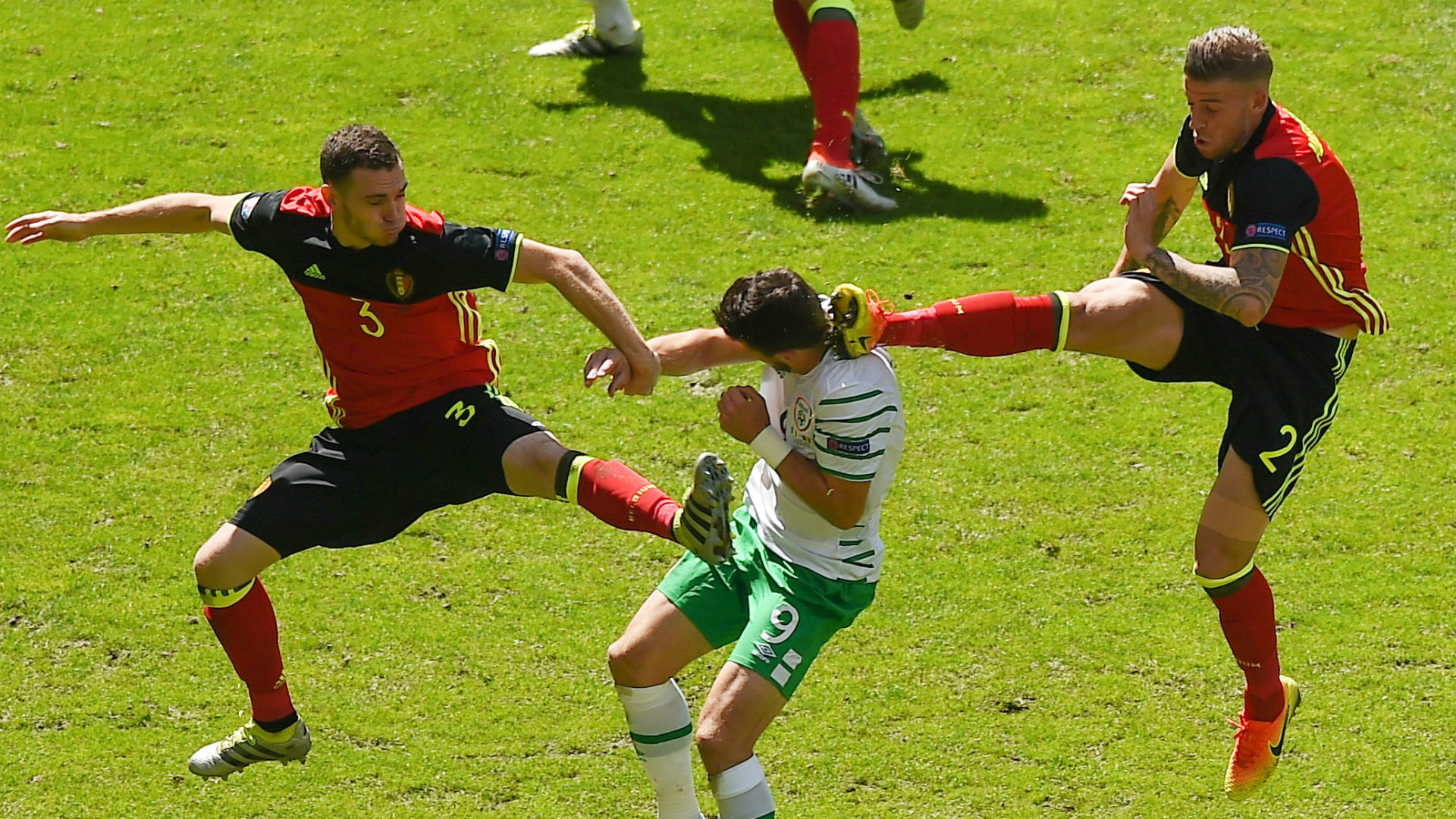 Shane Long expressed his disappointment at not being awarded a penalty in the Republic of Ireland's Euro 2016 defeat to Belgium and says that the pictures of the incident "speak for themselves".

Martin O'Neill's side fell to a 3-0 defeat in Bordeaux on Saturday, with an Axel Witsel header and Romelu Lukaku's double securing maximum points for Belgium.

However, prior to Lukaku's opening goal, Long had claims for a penalty kick denied after he was on the receiving end of treatment from Thomas Vermaelen and Toby Alderweireld

"​I can’t really say what I really want to say because I’ll probably get myself in trouble​," the Southampton striker told 98 FM after the game. ​

"It’s just disappointing, anywhere else on the pitch you might get a free-kick. The fact that they broke and scored as well makes it a little bit harder to take.​" ​

The former Cork City attacker added: "​He​ (referee)​ obviously thought there was nothing there. He must have thought I was diving or something.

"I can’t really say what he was thinking because the pictures speak for themselves."​

Ireland's hopes of progressing to the last 16 of the tournament now rest on picking up a win against Italy in Lille on June 22.