The long, sad story of Balotelli and racial abuse 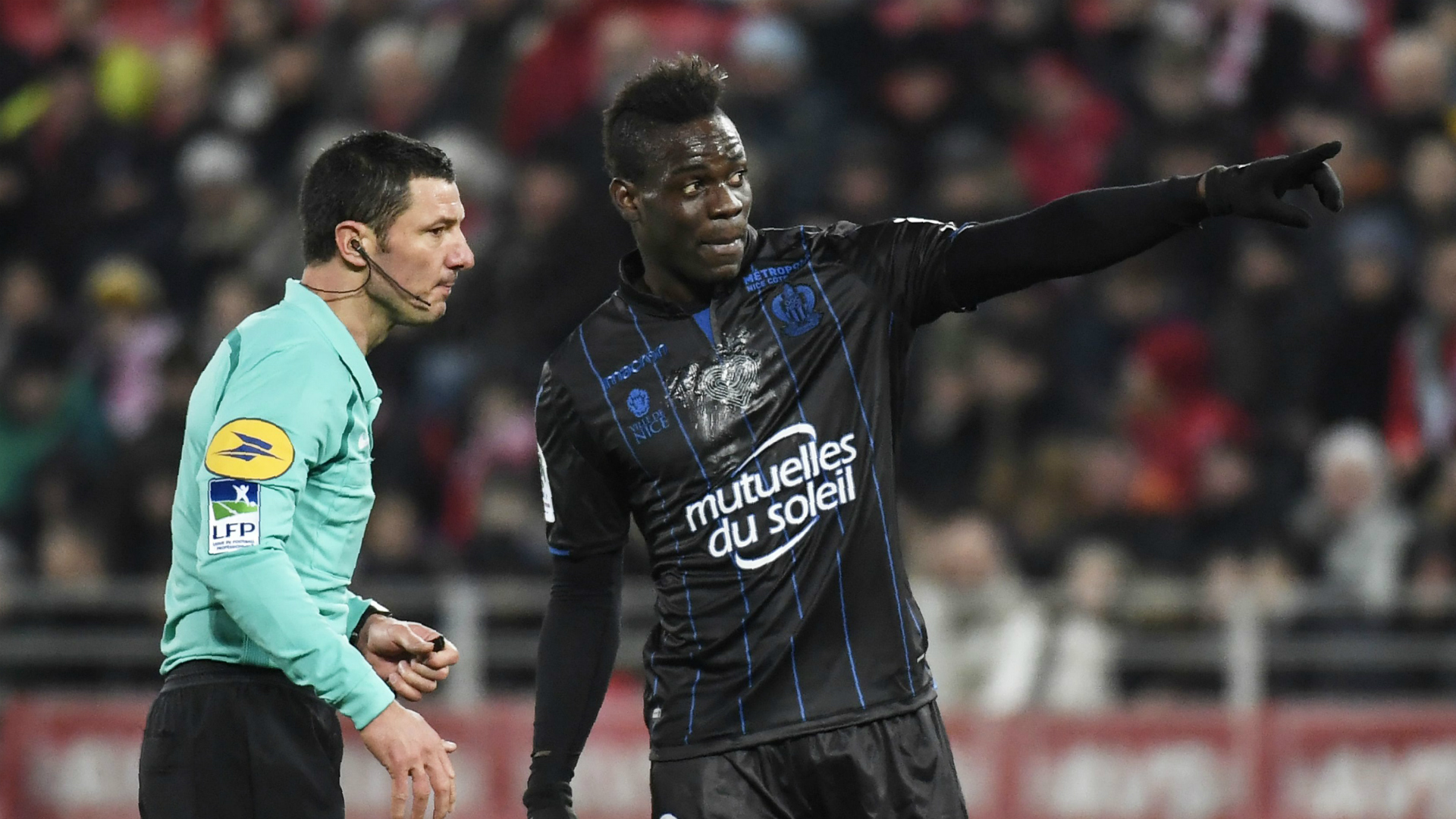 The Nice striker was booked for complaining about racist abuse last week, underlining the total failure of the game's attempts to tackle the issue

On August 13, 2008, the day after he had turned 18, Mario Balotelli was belatedly granted citizenship by the country in which he had been born.

"I'm Italian," the Inter striker proudly declared. "I feel Italian. I will always play for the Italian national team.

"This is even more exciting than making my debut in Serie A. The best birthday present I could receive now would be a call to join the Italy squad, although I'd be happy to play for the Under-21 team."

Balotelli's secondary wish was promptly granted and, the following summer, he was selected to represent his country at the European Under-21 Championship.

Just before the team's departure from Rome for the tournament in Denmark, coach Pierluigi Casiraghi allowed his Azzurrini some down time. During a stroll around 'The Eternal City', Balotelli and some of his team-mates were approached by a group of Roma supporters.

They racially abused Balotelli and threw bananas at him before fleeing when the carabinieri were called. In the face of such contemptible provocation, Balotelli remained calm. "Mario behaved exceptionally," Casiraghi said afterwards.

The 18-year-old declined the offer to file a complaint, dismissing the incident as "nothing". And it was nothing to him. He had already seen and heard it all before. Even at that age, Balotelli had grown accustomed to being targeted by the most ignorant members of society.

His mere presence in the Azzurrini squad had already provoked fury among contributors to forums on right-wing sites such as Stormfront and White Front. The sight of a player born to Ghanaian parents but adopted by an Italian family was apparently too much for them to take. Sadly, they weren't alone in that regard.

In April 2009, Balotelli was racially abused by Juventus fans throughout Inter's 1-1 draw with the Bianconeri in Turin. "There are no black Italians," they sang. Inter president Massimo Moratti was among those outraged by the chants.

“If I had been at the stadium, at a certain point I would have left my seat in the stand, I would have gone onto the pitch and I would have taken the team off,” he told the Gazzetta dello Sport. “They seemed proud and happy to sing those things. This is terrible.”

The authorities, unsurprisingly, didn't deem such conduct quite so offensive, with Juve merely ordered to partially close a section of their stadium for one game.

Then-president Giovanni Cobolli Gigli issued a public apology to Balotelli and called for an end to such behaviour, but his words carried no weight. In Juve's very next game, away to Chievo, the supporters continued their campaign of hate against Balotelli.

"If you jump up and down, Balotelli will die," they defiantly roared.

By Euro 2012, Balotelli was no longer willing to ignore the insults. "I will not accept racism at all," he declared in Poland. "It's unacceptable. If someone throws a banana at me in the street, I will go to jail, because I will kill them.

"But let's see what happens at the Euros. I hope it will pass without a problem."

It didn't. Balotelli was racially abused by both Croatia and Spain fans. The US-based website Stormfront was also shut down in Italy after saying of Balotelli: "He’s black and Jewish. He should play for Israel not Italy.”

The following year, AC Milan's Serie A game against Roma was suspended for a minute and a half because of racist chants against Balotelli. Even then, he defended his compatriots, arguing that the small minority abusing him were more ignorant or jealous, rather than racist or prejudiced.

"Racist people are few and you can do nothing against [to change] them," he told Time Magazine. "You can talk, you can do what you want, but you can't do anything because they are just stupid people.

"When I wasn't famous, I had a lot of friends, almost all of them Italian. The racism only started when I started to play football."

Last year, he was subjected to monkey chants during a game against Bastia, which resulted in the Corsicans being ordered to play three games behind closed doors.

Last week he was booked after complaining to the referee about the abuse he was receiving from Djion supporters. It is the victim that is now being punished – not the culprit, meaning things have changed, just not for the better.

Balotelli was once asked how the incessant racist abuse made him feel. He replied, "A little bit alone." Depressingly, that remains as true today as it was a decade ago.