The summer of 2022 has been a busy one in terms of big-money transfers, with the likes of Antony, Erling Haaland and Darwin Nunez leading the way

Paris Saint-Germain shook up the football world in the summer of 2017 when they signed Neymar from Barcelona and then promptly prised Kylian Mbappe away from Monaco.

They remain the two most expensive players of all time but there is no denying that PSG's sensational double swoop greatly inflated the transfer market.

Indeed, a number of massive moves quickly followed, with Barcelona looking to try to fill the void left behind by Neymar by signing the likes of Ousmane Dembele, Philippe Coutinho and Antoine Griezmann for nine-figure fees.

The Covid-19 pandemic briefly had a massive impact on the transfer market, but some clubs have seemingly now recovered, with the likes of Jack Grealish, Jadon Sancho, Antony, Darwin Nunez, Matthijs de Ligt, Wesley Fofana and Aurelien Tchoucameni moving for huge amounts.

More massive deals now look certain to follow, but you can see the current list of the world's most expensive footballers below...

Jack Grealish became the most expensive British player in football history when Manchester City agreed to meet the buy-out clause of €117m in the England international's Aston Villa contract.

The record had previously belonged to Wales winger Gareth Bale, who joined Real Madrid from Tottenham in 2013 for €100.8m.

Before Grealish's move to the Etihad, Harry Maguire was the costliest English player ever, on account of his €87.1m move from Leicester to Manchester United in 2019.

Kylian Mbappe is the most expensive teenager ever, as he joined PSG on a loan-to-buy deal in 2017 that will be worth €180m after bonuses.

Joao Felix is the second-most expensive teenager, having been signed by Atletico from Benfica for €126m in 2019.

Harry Maguire became the most expensive defender of all time when Manchester United forked out €87.1m the England centre-half's services in 2019.

Maguire overtook Liverpool defender Virgil van Dijk in the process, but only marginally, as the Netherlands international set the Reds back €84.5m when he arrived from Southampton the year before.

Kepa Arrizabalaga is the most expensive goalkeeper in history. Chelsea spent €80m to meet his Athletic Club release clause in 2018.

For a long time, former Juventus captain Gianluigi Buffon held this mark, having joined the Turin outfit from Parma for €52m, which is a colossal fee when inflation is taken into account.

Then, within a matter of weeks, Buffon's record was shattered twice. First, Liverpool brought in Roma's Alisson Becker for €73m, to temporarily take the mark as the world's most expensive keeper.

Not to be outdone, Chelsea snapped up Kepa not even a month later, propelling the Spain international into top spot.

Biggest transfer outside of Europe 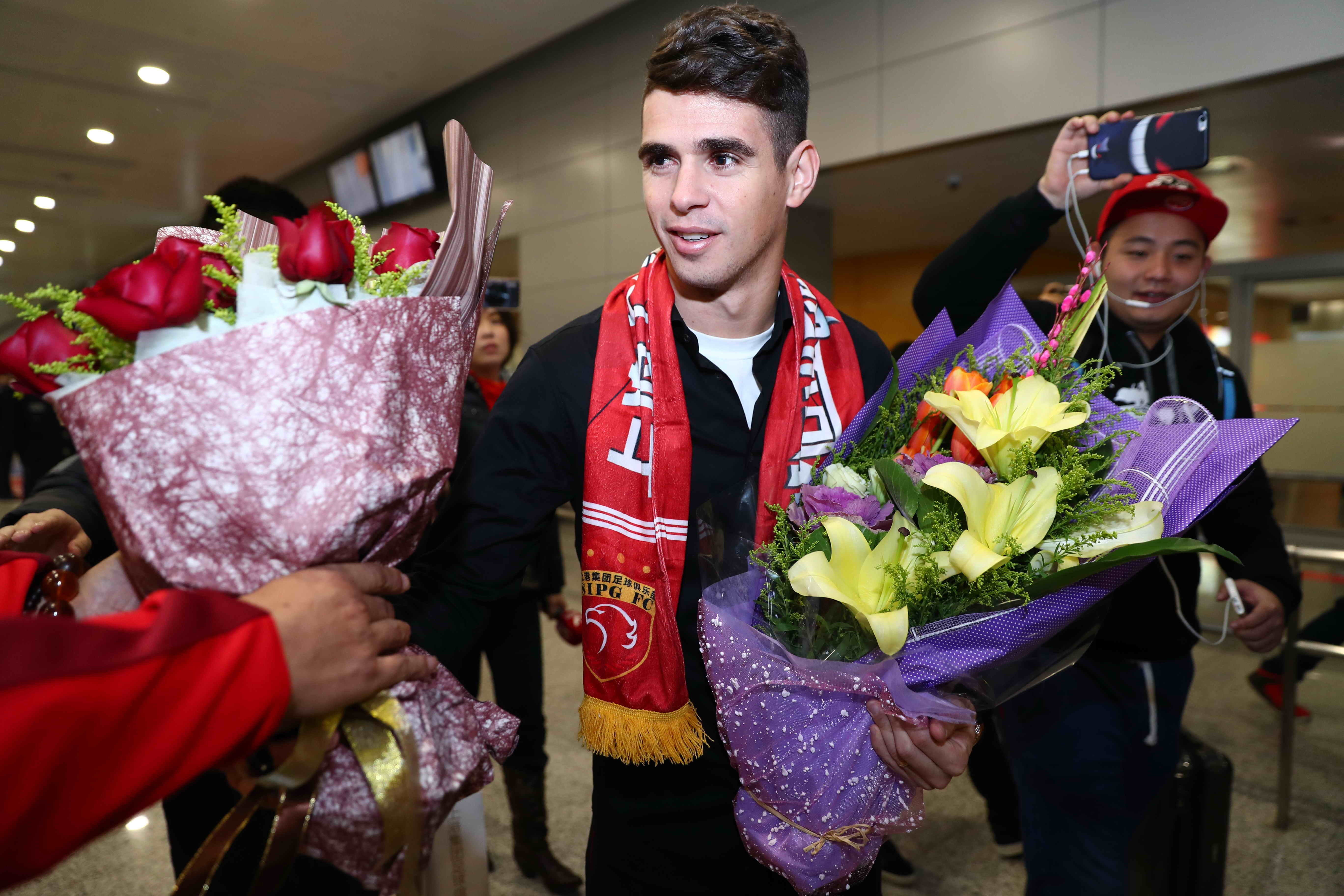 The most a non-European club has ever paid for a player is €60.3m, which Shanghai SIPG handed over to Chelsea for Brazil midfielder Oscar in 2016.

However, with the way the market is going, who knows which record will be shattered next?!