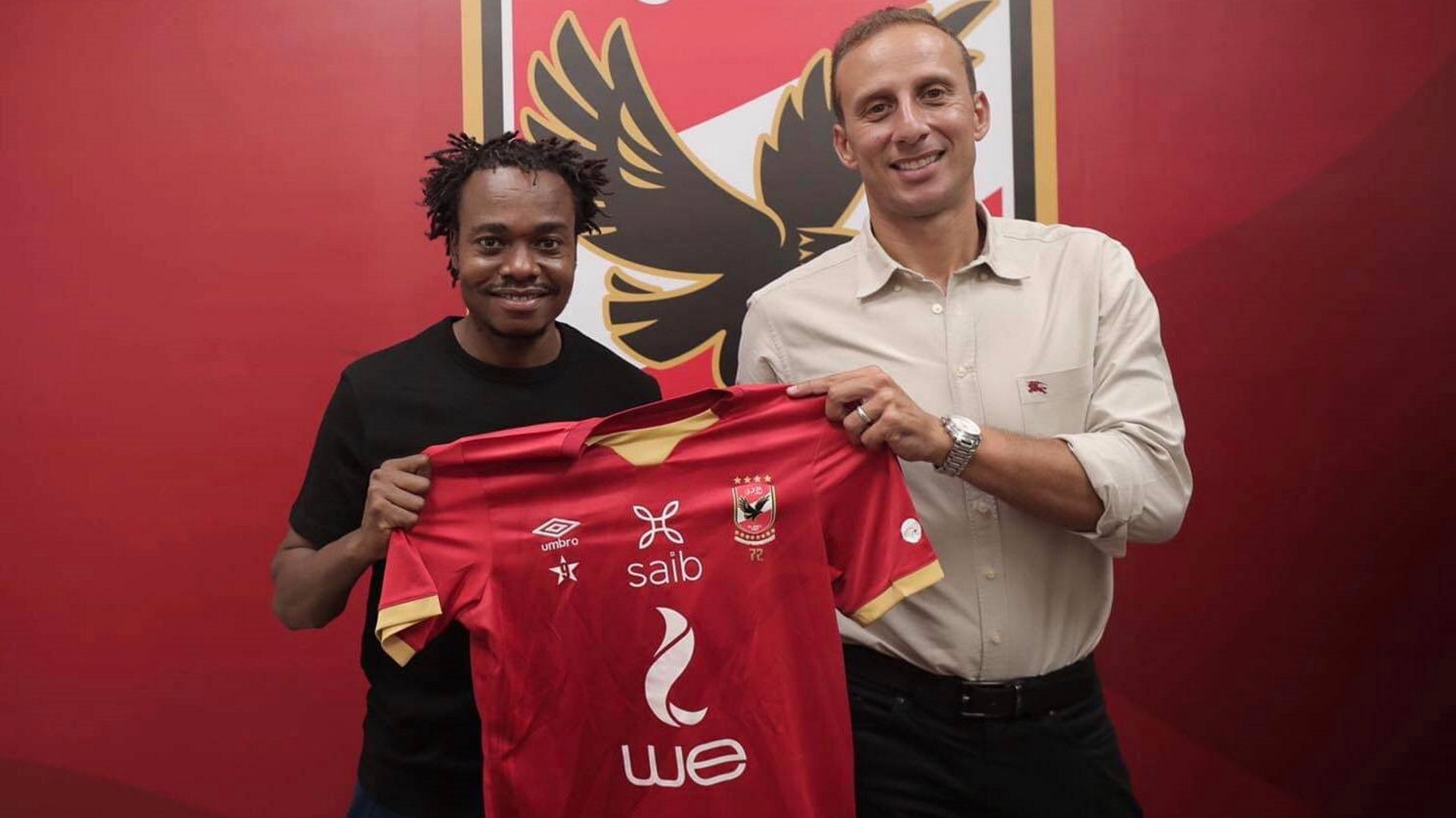 Percy Tau said one of the reasons he joined African champions Al Ahly was because of the opportunity to play in the Fifa Club World Cup.

The Egyptian giants are getting ready to play in the global competition after they defeated Kaizer Chiefs 3-0 in the final of the Caf Champions League in July.

They will join other continental champions including, Chelsea, for the annual club championship in December.

Meanwhile, Tau might have to wait to play in the Fifa Club World Cup after Japan withdrew from hosting the 2021 edition due to coronavirus restrictions.

The South Africa international also praised his former Mamelodi Sundowns coach Pitso Mosimane for his return to Africa, three years after he left the PSL.

“I’m looking forward to participating in the Club World Cup. It’s part of why I chose to come here; it’s always good to go for a second time and to just keep going,” Tau told the club’s website.

“Everyone played a role in me coming to Al Ahly. The club, the addition of the coach, I know the coach very well. I always love to be around him. He’s got the hunger to win. He works hard. We are almost similar.

“He wants to win. I always want to win. We’ve got the love for each other. We always try and get the best out of each other. He knows that I’m very engaging. He’s also engaging to the players.”

Tau returned to Africa after struggling for playing time in the Premier League where he featured in just three matches for Brighon & Hove Albion during his three-year stay.

The Bafana Bafana forward described the Al Ahly move as a dream come true for him after rising through the ranks in the South African league.

“I think when we play in South African and get the opportunity to represent Al Ahly;  it’s a dream come true for many of us.  I cherish this moment especially that I come from Witbank, South Africa," he continued.

“My ambition here is always to win. This club is a club of history, and I want to be part of that history.. Al Ahly have been interested in me for a while, it just happened to be the right time and we were able to come to an agreement.”

“You don’t think when you get an offer from Al Ahly. You don’t have to think, you can’t think. It was that moment when I was like ‘wow’ Al Ahly.

"You also have the chance to play in the Club World Cup. It all made more sense to me.”