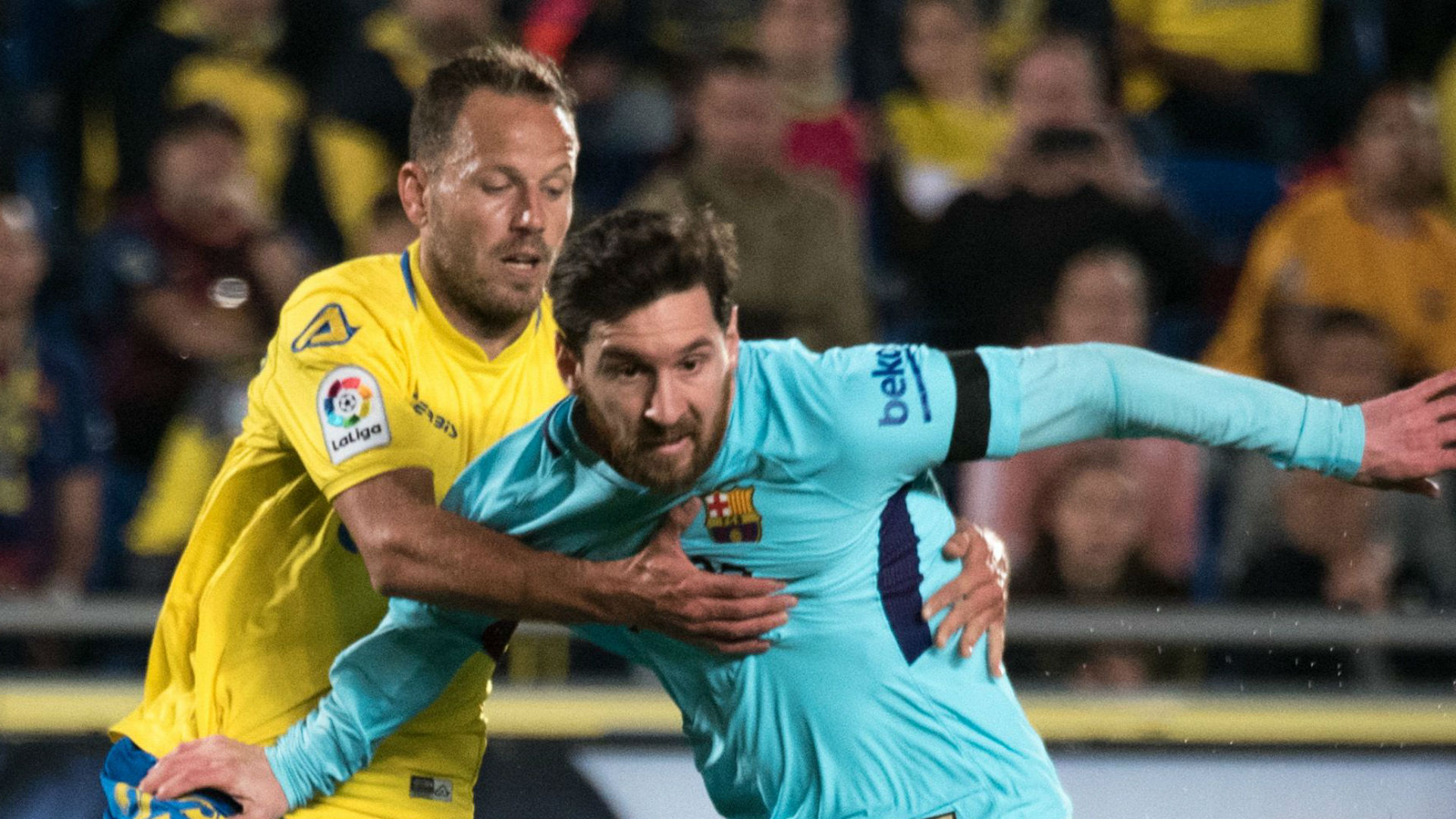 There is still some margin for error for Barcelona in the title race – but not very much.

Ernesto Valverde's side were held to a 1-1 draw by lowly Las Palmas on Thursday night and even though they remain unbeaten in La Liga, their lead at the top of the table has now been cut to five points.

After Lionel Messi fired Barca into the lead after 21 minutes with a fantastic free-kick, it looked as if the Blaugrana would coast to another comfortable win. However, with Paulinho and Aleix Vidal in the starting line-up, Valverde's side struggled to find their usual rhythm.

And although Las Palmas, much improved since the arrival of Paco Jemez as coach, played a very good game, the Canary Islanders also resorted to some rough-house tactics – especially as they tried to stop Messi in his tracks.

Ultimately, though, the match was a tale of two handballs – one either side of half-time. First, Barca thought Las Palmas goalkeeper Leandro Chichizola should have been sent off after he handled outside his area in an action which was not even seen by referee Antonio Mateu Lahoz.

Replays seemed to show it was not a deliberate handball and that he had made contact with his foot first, but Barcelona were furious and protested to the officials after what was the last play of the opening 45 minutes.

Then, when the players emerged after the break, Las Palmas were awarded a penalty as Lucas Digne was adjudged to have handled on the line after the ball had hit the post. Again, it did not appear deliberate.

Barca felt hard done by once more. And even though it was the first spot-kick they had conceded in 79 matches in La Liga, there was no doubt it was a dubious decision. Not that Las Palmas will have cared, however, and Jonathan Calleri stepped up to fire into the top corner.

"We still don't understand what happened with the penalty," Valverde said after the game on Movistar Plus. "We have looking at repetitions and we are trying to decipher the play." A

Asked about the Chichizola incident, he added: "It's handball. It's clear."

Despite all that, it was not Barcelona's best game and Sunday's clash at home to Atletico now assumes even greater importance as Diego Simeone's in-form side are now just five points back after thrashing Leganes 4-0 on Wednesday.

"It is a big game, first against second," Valverde said. "It was always going to be a big game, whatever happened today."

Now, however, it is huge, and defeat at the weekend would put Barca's league hopes in severe jeopardy.

Still, Barca can take some solace in the fact that Mateu Lahoz will not be officiating at Camp Nou on Sunday...