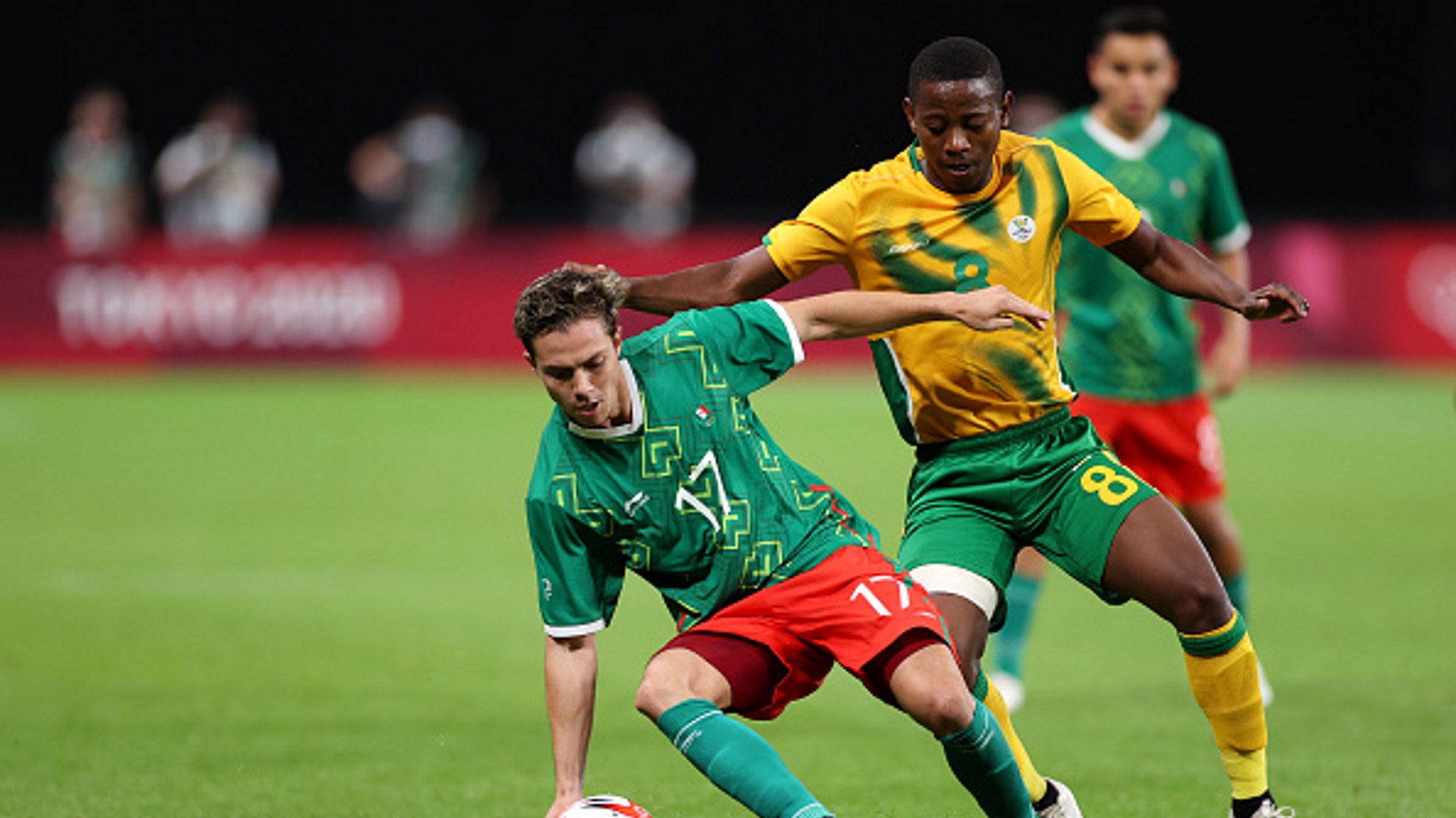 South Africa were knocked out of the Olympic Games after losing 3-0 to Mexico in a Group A match at the Sapporo Dome on Wednesday.

After being beaten 1-0 by Japan before falling 4-3 to France, David Notoane’s men went down again to end South Africa’s worst participation at the Games as they finished at the bottom of their pool.

Mexico had better exchanges when the match started but Luke Fleurs and Tercious Malepe were steely to avoid conceding.

As Mexico piled on the pressure, Fleurs was active to block Romo, who had eased by some defenders in the 26th minute.

Their persistence finally paid for the North Americas when Carlos Antuna crossed for an unmarked Vega to connect and break the deadlock.

Vega was back again but this time found an alert Ronwen Williams to deny him from close range.

Mexico continued with their dominance and had Romo capitalising on it to hit home after a miscued attempted clearance from Lebohang off a fisted save by Williams.

The second goal by Mexico appeared to have sucked the life out of South Africa who struggled to match their opponents.

An anxious moment two minutes into the second half was saved by a Malepe clearance after an exchange between Romo, Martin and Antuna.

An attempt by South Africa to hit back came to nought when Evidence Makgopa was a bit slow to rise and head in a cross from Thano Cele in the 51st minute.

The problems deepened for the Africans who then had Malepe red-carded 10 minutes into the second half.

Three minutes after Malepe’s sending off Martin was sent through by Carlos Rodrigues, who beat Williams and made it three goals for Mexico.

But numbers were level again when New Zealand referee Matthew Conger showed a red card to Rodriguez in the 66th minute.

Romo then almost got his second goal of the match but shot just wide as South Africa showed no hope of clawing back into the contest.

With 13 minutes to go, Fleurs was at hand to make a goalline clearance with his head after a deceiving cross from Romo as South Africa survived another attack.

Mokoena forced a save from Mexico's veteran goalkeeper Francisco Ochoa in stoppage time but that was not enough to at least get a consolation goal.