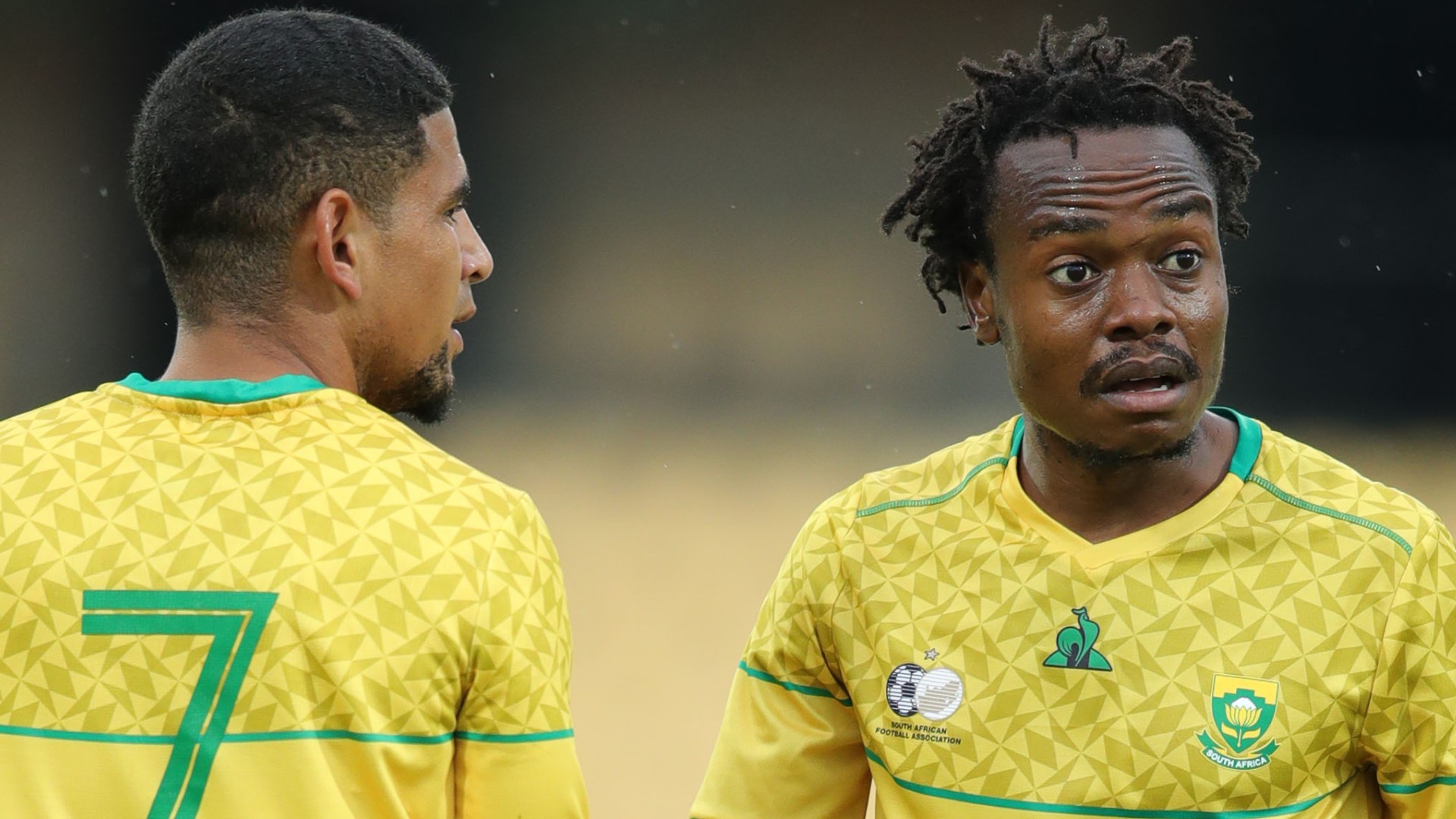 South Africa were made to sweat for their 2-0 victory over Sao Tome and Principe in a 2022 Africa Cup of Nations qualifier at Moses Mabhida Stadium on Friday.

Percy Tau broke the deadlock a few minutes after the restart following a lacklustre first-half by Molefi Ntseki's side, and second-half substitute Bongani Zungu sealed the victory with a late goal.

Bafana Bafana were looking to record their second successive win in their qualifying campaign having defeated Sudan 1-0 in their last Group C match in November 2019.

Meanwhile, the Falcons and True Parrots Team were hoping to record their maiden win in Group C after succumbing to a 1-0 defeat to Ghana in November 2019.

Ntseki's counterpart, Adriano Eusebio, named two out-and-out strikers in Harramiz Soares and Luis Leal in the starting line-up as the island country looked to secure a famous win over the 1996 African champions.

South Africa dominated the match from the start with their best chances falling for Manyama, who found himself in good positions inside the Sao Tome box.

However, the Kaizer Chiefs vice-captain placed two headers over the crossbar from close range as the home side searched for the opening goal.

The visitors had a rare opportunity following a quick move after Bafana had lost the all in midfield, but Soares hit the side-netting without troubling Ronwen Williams in the South Africa goal.

Although Bafana were controlling the match, they were indecisive in front of goal as they made too many touches which allowed the Falcons and True Parrots Team to recover and clear their lines.

Sao Tome keeper Aldair D'Almeida spilt the ball into the path of Tau, who tried to set-up Manyama, but the ball was intercepted and the visitors survived a scare.

The score as 0-0 at the interval following a first-half which saw South Africa dominate possession without seriously testing D'Almeida in the Sao Tome goal.

South Africa upped the tempo after the restart and they were awarded a penalty after the hosts' livewire Tau was fouled inside the box and the referee points directly to the penalty spot.

The Anderlecht forward then dusted himself down and clinically converted the penalty kick to make it 1-0 to South Africa 10 minutes into the second-half.

Ntseki then replaced Kamohelo Mokotjo with Bongani Zungu, who is able to get goals from midfield having been Bafana's top scorer at the 2019 Afcon finals in Egypt with two goals.

The Scotland-based midfielder made an impact on the game as he pulled the strings in midfield - combining well with his teammates with the hosts looking to double their lead.

Bafana got the goal they had been looking for in the 90th minute when Zungu headed home Dolly's corner-kick to seal South Africa's 2-0 victory over Sao Tome on the night.

Despite the win, South Africa remained second on the Group C standings, but they are now three points behind the leaders, Ghana, while Sao Tome remained fourth without a single point.

The two teams are set to meet again on Monday at the Nelson Mandela Bay Stadium where Sao Tome will officially be the home side.