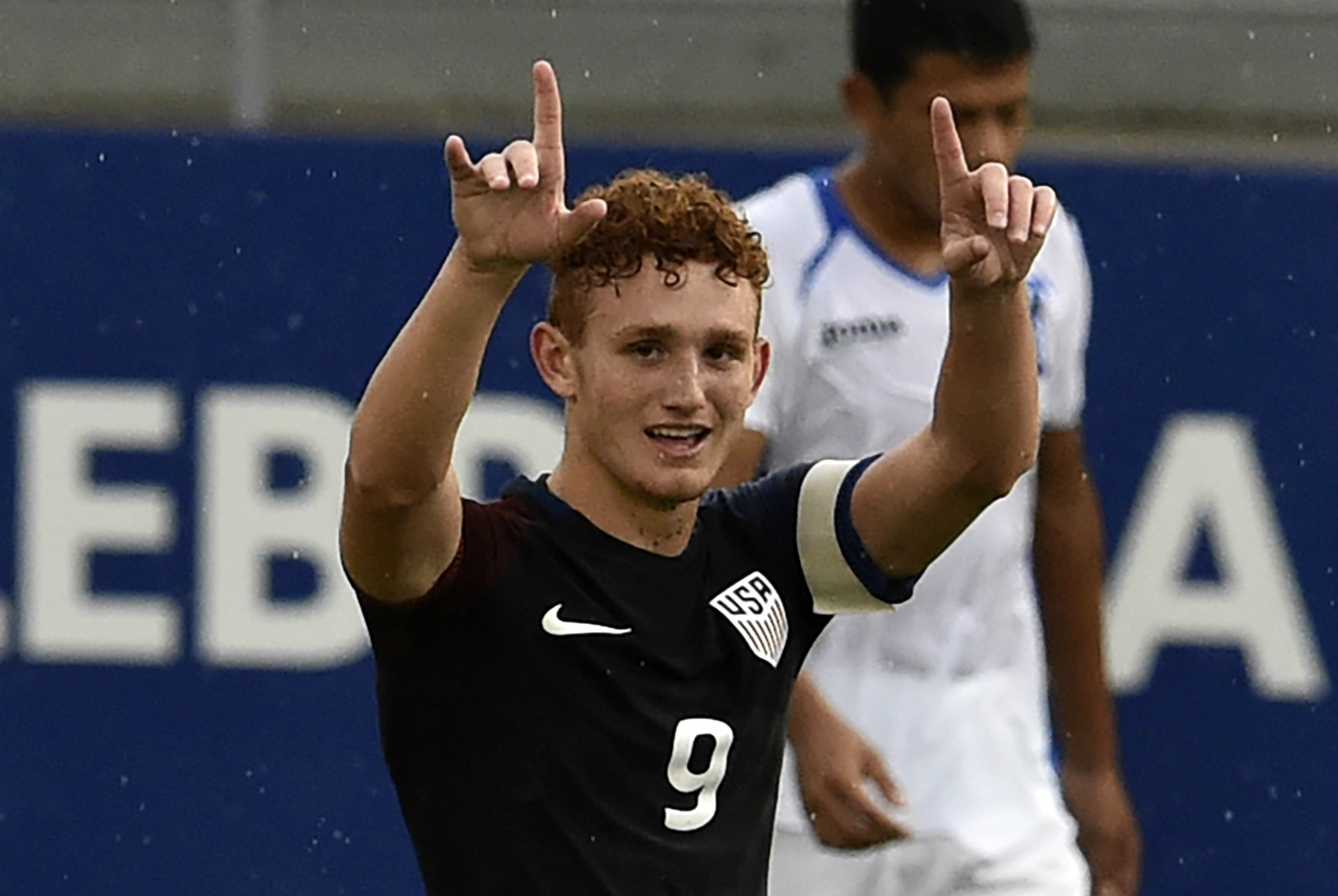 The U.S. U-17 and U-20 star striker has agreed in principle to join the Bundesliga club when he turns 18, sources confirmed to Goal

Josh Sargent has been turning heads on the U.S. youth national team circuit for some time. Though he boosted his stock even more with his two-goal performance in the U.S. Under-20 national team's World Cup-opening draw with Ecuador, his first professional club has been decided already.

Sargent has agreed in principle to sign with Bundesliga club Werder Bremen in a deal that will take effect when he turns 18 on Feb. 20, sources with knowledge of the situation confirmed to Goal. The agreement was first reported by beIN Sports on Tuesday.

The 17-year-old striker made big waves at the recent CONCACAF Under-17 Championship, where he helped lead the Americans to the final, which they lost in penalty kicks to Mexico after qualifying for the U-17 World Cup.

Sargent was then something of a surprise selection to the U.S. U-20 World Cup team as one of the squad's youngest players. He proceeded to play his way into the starting lineup and scored two goals to help the U.S. overcome a 2-0 deficit on the way to a 3-3 draw against Ecuador on Monday.

Sargent is the latest young American to move to Germany to begin his professional career. He is following the same path blazed by Borussia Dortmund and U.S. national team standout Christian Pulisic, as well as more recent Bundesliga-bound Americans Weston McKennie, Nick Taitague and Haji Wright at Schalke, where all three played on the Royal Blues' U-19 side this past season.

McKennie made his first-team debut in Schalke's season finale last week, while American teenager McKinze Gaines at Wolfsburg is another player to jump from the U.S. to Germany in the past year.

Werder Bremen has made a serious effort to break into the American talent market in recent years. The club signed U.S. national team striker Aron Johannsson in 2015, then made a bid in January 2016 for national team forward Jordan Morris before the Stanford star signed with his hometown Seattle Sounders. Werder Bremen also signed U.S. U-19 midfielder Isaiah Young in January.

Due to FIFA rules, Sargent cannot sign with a team outside of the United States until he turns 18, but his non-binding agreement with Werder Bremen is not much different than agreements reached between young Americans and the clubs they eventually joined when they turned 18, such as the Schalke trio and Fiorentina midfielder Josh Perez.