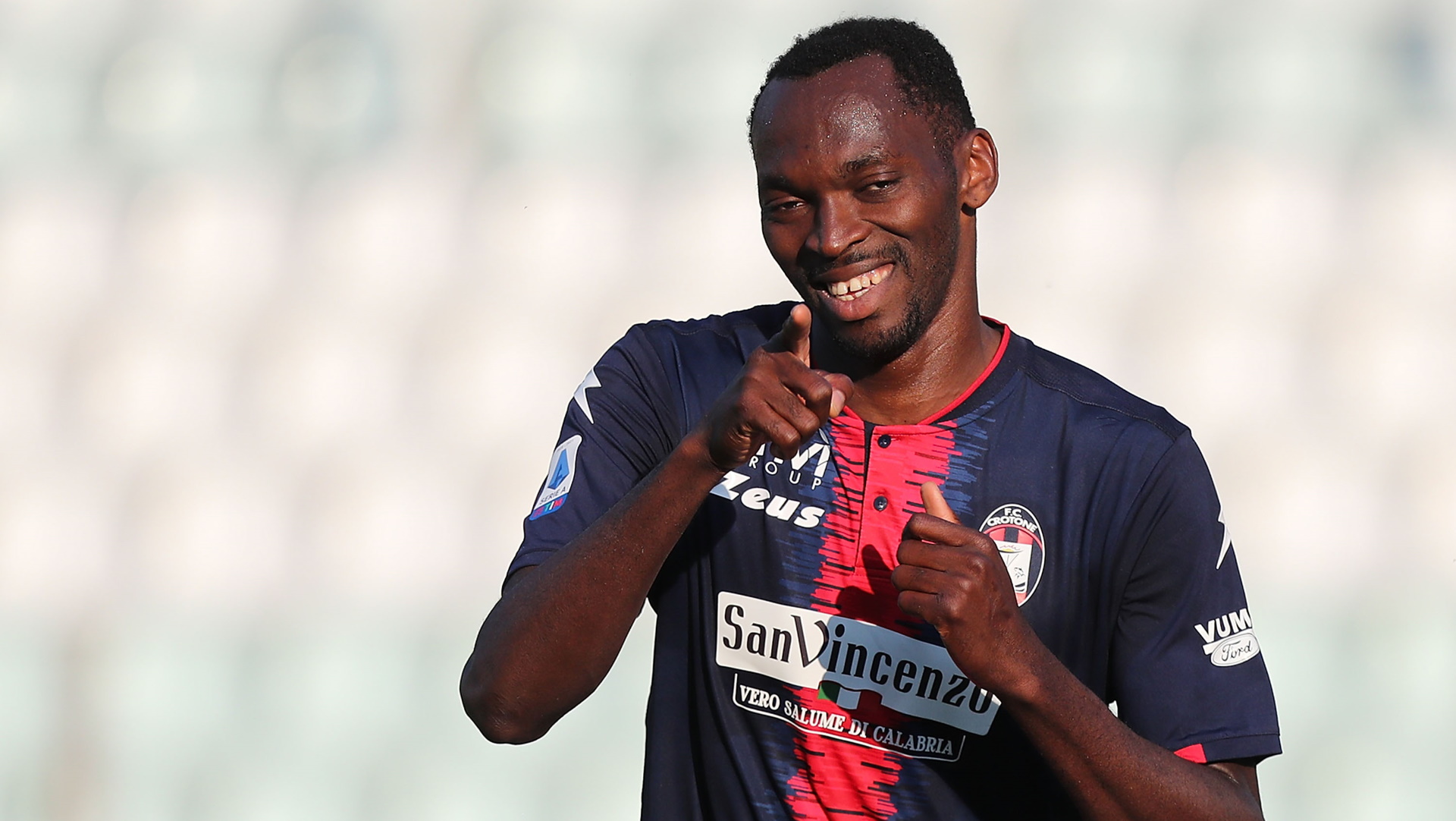 Newly-promoted Serie A club Salernitana have completed the signing of Simy Nwankwo on a season-long loan from Crotone.

The move comes with the option to make the stay permanent at the end of the 2021-22 campaign.

Simy is expected to boost the Garnets' frontline after they returned to the Italian top-flight for the first time in 23 years.

After powering Crotone to Serie A in the 2019-20 season with 20 goals in 37 matches, the Nigeria star maintained the scoring record with another 20 goals in the top-flight last season but it was not enough to help the Pythagoreans maintain their top-flight status.

Simy is currently Nigeria's highest-scoring player in the Italian top division after scoring 30 goals across three seasons, and he will be focused on stretching the tally when the new campaign begins on Saturday.

It remains to be seen if the lanky striker will make his debut when Salernitana visit Bologna for their first league match of the season on Sunday.

After completing the loan move, the Super Eagles penned an emotional farewell message to Crotone faithful who supported him during his five-year stint at the club.

“My Crotone, a beautiful family. I knew a day like this would come, but as strange as it may seem I felt unprepared but you taught me to be strong and resilient,” Simy wrote on Instagram.

“I will carry you in my heart for this new phase of my life and I know that you will also support me from a distance.

"And the family FC Crotone heartfelt thanks to everyone for giving me much, much of what I deserve. Thanks and goodbye.”

Simy is among the attacking options Super Eagles coach Gernot Rohr might summon for 2022 Fifa World Cup qualifying matches against Liberia and Cape Verde, on September 3 and 7, respectively.