Should Arteta lean on Partey & Elneny after Manchester United masterclass? 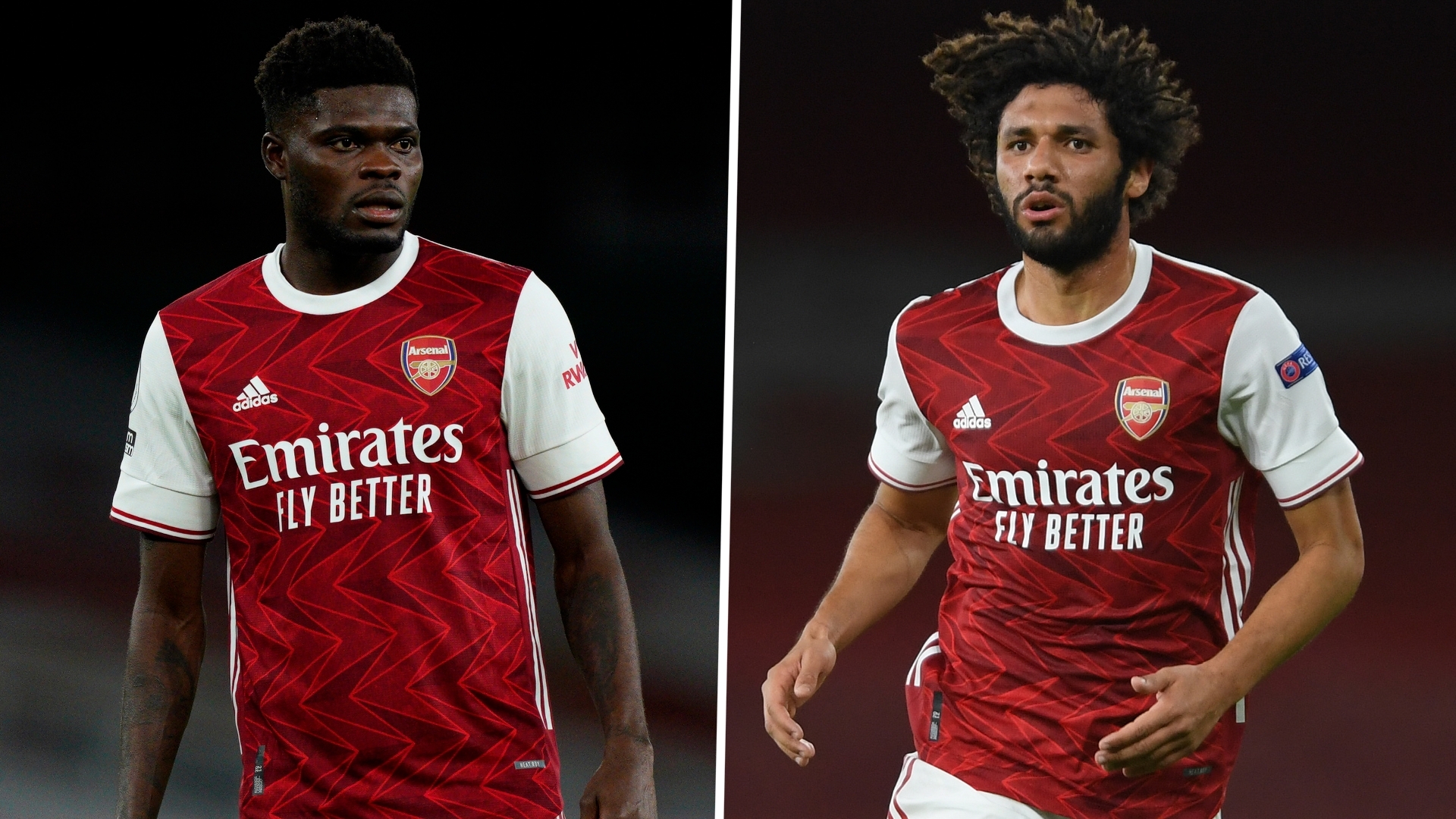 Well, Sunday’s showing at Manchester United was more like it from Thomas Partey.

Following a fairly ineffective showing on his first Premier League start in a 1-0 defeat by Leicester City, the Ghana superstar was colossal as Arsenal halted their 14-year winless record at Old Trafford, defeating the Red Devils 1-0.

On the West African’s first league start, Mikel Arteta’s men struggled to build-up effectively after David Luiz went off early in the second-half, a strange turn of events given the presence of the signing from Atletico Madrid.

After somewhat bamboozling observers with a line-up resembling a 4-3-3 vs Leicester, which played out fairly differently in reality, there was caution in confidently saying the Spanish manager’s XI at the Theatre of Dreams was a 3-4-3, even though it looked like that in theory given the players utilised from the off.

Bernd Leno started in goal, Gabriel was the centre-back to be flanked by Kieran Tierney and Rob Holding, while the two wing-backs were Hector Bellerin and Bukayo Saka. Partey and Mohamed Elneny looked to play in a midfield pairing and the three forwards were Pierre-Emerick Aubameyang, Willian and Alexander Lacazette.

The general belief after the game revolved around the brilliance of Partey and Elneny, both of whom neutralised Paul Pogba and Bruno Fernandes respectively. Indeed, it was a bit more nuanced than that and the usage of both midfield men summed up the tactical sophistication of this Arsenal side.

Events in the opening 10 minutes revealed the roles of both players out of possession. As United tried to play out from the back, Fernandes dropped deep to receive the ball from Fred but Elneny had tracked the run of the Portugal international, forcing him to play it back to Scott McTominay.

To the North African’s right was Partey, who’d equally followed the Frenchman into his half, thus preventing United’s best players in possession to carry them higher up the pitch. This was noticeable from time to time, too, as the Arsenal midfielders pushed high to press along with the team’s forwards, although their actions were mostly dependent on what Pogba and Fernandes did.

In possession, there was a variation in how they played, even though they expectedly stayed deeper to receive possession from Leno or the centre-backs. Initially, the midfield pair occupied positions ahead of Gabriel and Holding, while Tierney occupied the left-back zone, Elneny central and Partey on the right in what resembled a 2-3-5 with Bellerin so far forward.

3/4. Early in the second half, the Gunners shape appeared to be a 3-2-5. pic.twitter.com/LSUAz4BJFA

For majority of the first-half, though, the Gunners’ formation actually looked like a 2-4-4 in the build-up — with both midfield men flanked by Tierney and Bellerin — while Aubameyang, Saka, Lacazette and Willian were in the attacking positions.

Interestingly, the previous 2-3-5 structure was similar to their shape vs Leicester a week earlier except for the fact that Partey was central, with Granit Xhaka and Dani Ceballos either side in that 1-0 loss vs the Foxes.

In the main, Arsenal’s midfield pairing vs United limited the supply to Pogba and Fernandes or made sure both players didn’t have time to pick out reasonable options when they had the ball.

Deep inside the visitors’ half in the 10th minute, the former Atletico man telegraphed a Fred pass to Pogba, nutmegged the Brazilian afterwards and was setting up Saka inside the United box seconds later.

Not affording Pogba the time to turn and play forward passes was significantly helped by Partey who often came out top dog in their duels.

On one occasion that the Ghanaian had the ball pinched off him in the 61st minute by the ex-Juventus midfielder, he won back possession from the France superstar almost immediately. The all-round midfielder made the highest volume of recoveries (14) and was Arsenal’s most accomplished presser, regaining possession eight times within five seconds of pressing the opponent.

His incredible showing made sure the long-legged Frenchman was largely ineffectual on Sunday despite having more touches (60) than he did when the Red Devils thrashed RB Leipzig (48) playing the same formation in the 5-0 Champions League success.

As for Elneny, his immense work-rate to limit Fernandes’ importance reflected in the stats which showed that, excluding the Tottenham Hotspur defeat, this was probably the Portuguese playmaker’s worst game statistically this season. He bounced back in style against Everton, but in the Arsenal game, the ex-Sporting Lisbon playmaker created one chance, played his lowest volume of passes into the final third and did little in ball progression.

The Egypt midfielder’s tenacity was encapsulated by harrying both Victor Lindelof and Luke Shaw in second-half stoppage time, eventually resulting in the visitors winning a throw-in after the centre-back unwittingly played the ball out. He never stopped running at Old Trafford.

Fascinatingly, both players were also important to Arteta’s men in possession.

Partey played a staggering eight progressive passes to Elneny’s four — ranking top and third in the Arsenal side respectively — while they jointly completed seven passes into the final third, ranking top for the Gunners. The West African placed third for progressive ball-carrying, beaten by his midfield partner who topped the charts along with Saka.

However, the North London side’s creativity problems were evident — they created no open-play big chance and had a non-penalty xG of 0.3 — and the game was probably going to end goalless had Pogba not clumsily brought down Bellerin with just over 20 minutes to play.

Aided by their duo in the middle, the visitors did well to restrict United to little on their turf, were clearly the better pressing side and had a bit more sophistication to their play in and out of possession as they curbed the home side’s counter-attacking threat.

Partey and Elneny were incredibly vital as Arsenal’s 29-game winless run away at the big six sides finally ended at Old Trafford, and the African pair’s dominating showing could offer Arteta a blueprint for such testing one-off games for the rest of the season.