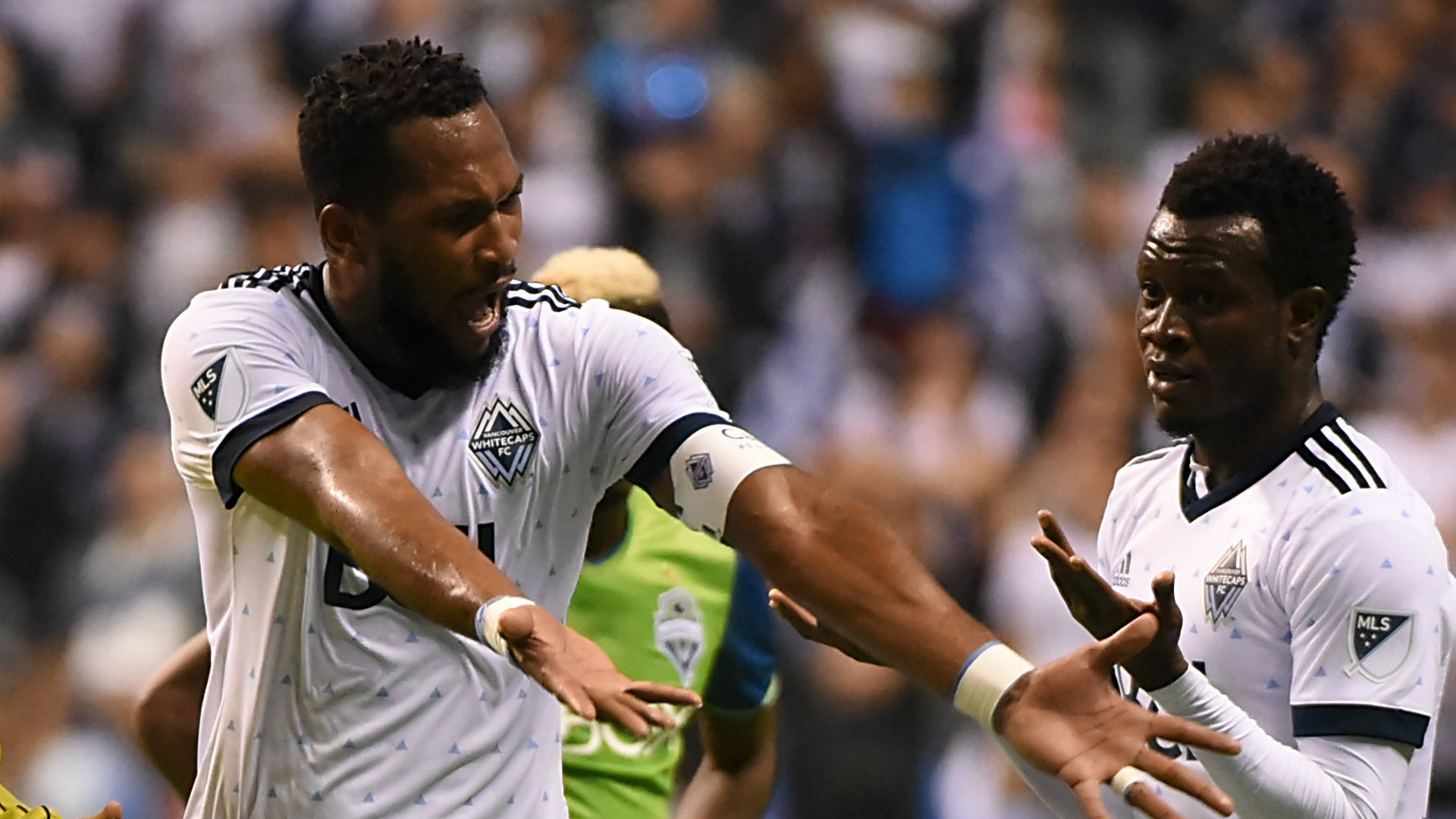 With key attackers Yordy Reyna and Cristian Techera hobbled, Vancouver had to settle for a 0-0 playoff draw at home against Seattle

As soon as the Vancouver Whitecaps released their starting lineup for Sunday's Western Conference semifinal first leg against Seattle, it was clear the Cascadia clash wouldn't be a shootout.

Peruvian playmaker Yordy Reyna and Cristian Techera, one of Vancouver's most dynamic midfielders, were left out of the lineup due to minor injuries, leaving Carl Robinson to deploy a squad better equipped to keep goals out than score them. Sunday's match bore that out, as the Whitecaps and Sounders played to a lackluster 0-0 draw at BC Place.

The closest the Whitecaps came to putting the ball in the net was a first-half Kendall Waston clearance he blasted off his own team's crossbar. The good news for the Whitecaps is that their defense did its part to prevent the Sounders from leaving Vancouver with a precious away goal, which is why Robinson could put a positive spin on a disappointing night.

The Sounders didn't find the away goal they wanted, but will still feel good about having control of the series as they return to CenturyLink Field. Seattle's starting lineup was missing many of its own regulars, with Osvaldo Alonso and Gustav Svensson unable to start as they worked back from injuries, and Clint Dempsey sidelined due to suspension.

Without Dempsey, as well as injured attacking options Jordan Morris and Victor Rodriguez, the Sounders attack couldn't really get much going, failing to truly test Whitecaps goalkeeper Stefan Marinovic, who only had to make one save while Sounders goalkeeper Stefan Frei didn't make any.

The scoreless first leg leaves everything to play for in the second leg on Thursday, and the Whitecaps will take that because the injuries to Reyna and Techera essentially robbed them of the chance to try and be proactive in the first leg. A cynic might argue the injuries gave Robinson the excuse to play it safe in the first half, which he probably would have preferred anyway. But now the Whitecaps must go to CenturyLink Field and win, and Vancouver suffered a 3-0 defeat in Seattle just a month ago.

Robinson has tried to play up the underdog angle heading into the series, and you can be sure he will stick to that script ahead of the second leg. The truth is Seattle will be favored, but the idea that pressure could help Vancouver is a notion that seems to ignore the fact the Sounders are the reigning champions, and extremely tough to beat at home. They are unbeaten in 13 straight at CenturyLink, having won 10 of those 13 matches.

Dempsey's return will provide a major boost to the attack, and given his penchant for delivering in big games, the Whitecaps will find it much more difficult to post a shutout in Seattle. That means the Whitecaps attack must generate more chances, which means Reyna and Techera will need to be in the starting lineup. Both came on late in Sunday's match, looking more than capable of starting, which leaves you wondering whether Robinson chose to leave them out of the lineup Sunday so they could be fresh for the second leg just four days later.

That's a risky, but understandable gambit if Robinson did make that decision, but the Sounders have their own counter to that move in Alonso and Svensson, who both came on in the second half looking like players who could have started if needed. It will be a very safe bet both start on Thursday, and having Alonso back will do wonders for Seattle's ability to control the flow of the match.

If there is a cause for concern for the Sounders it's the fact Chad Marshall had to leave the match with a hamstring injury. If he can't start in the second leg, then Schmetzer will need to slide Svensson into central defense, where he has been solid in 2017. However, Schmetzer said after Sunday's match that Marshall would be fine.

Thursday's second leg should clearly be a much more exciting match than Sunday, as both teams look to land the first real blow of the series. The Sounders will have a motivated Dempsey leading the charge, while the Whitecaps will likely have Reyna in the lineup, along with the motivation of knowing an away goal could be a real game-changer.

The Sounders will be the clear-cut favorite, but that was already the case before Sunday. The difference now is the series boils down to one match, in a place where Seattle hasn't lost since the spring. That could leave the Whitecaps regretting not doing more at home in the first leg.