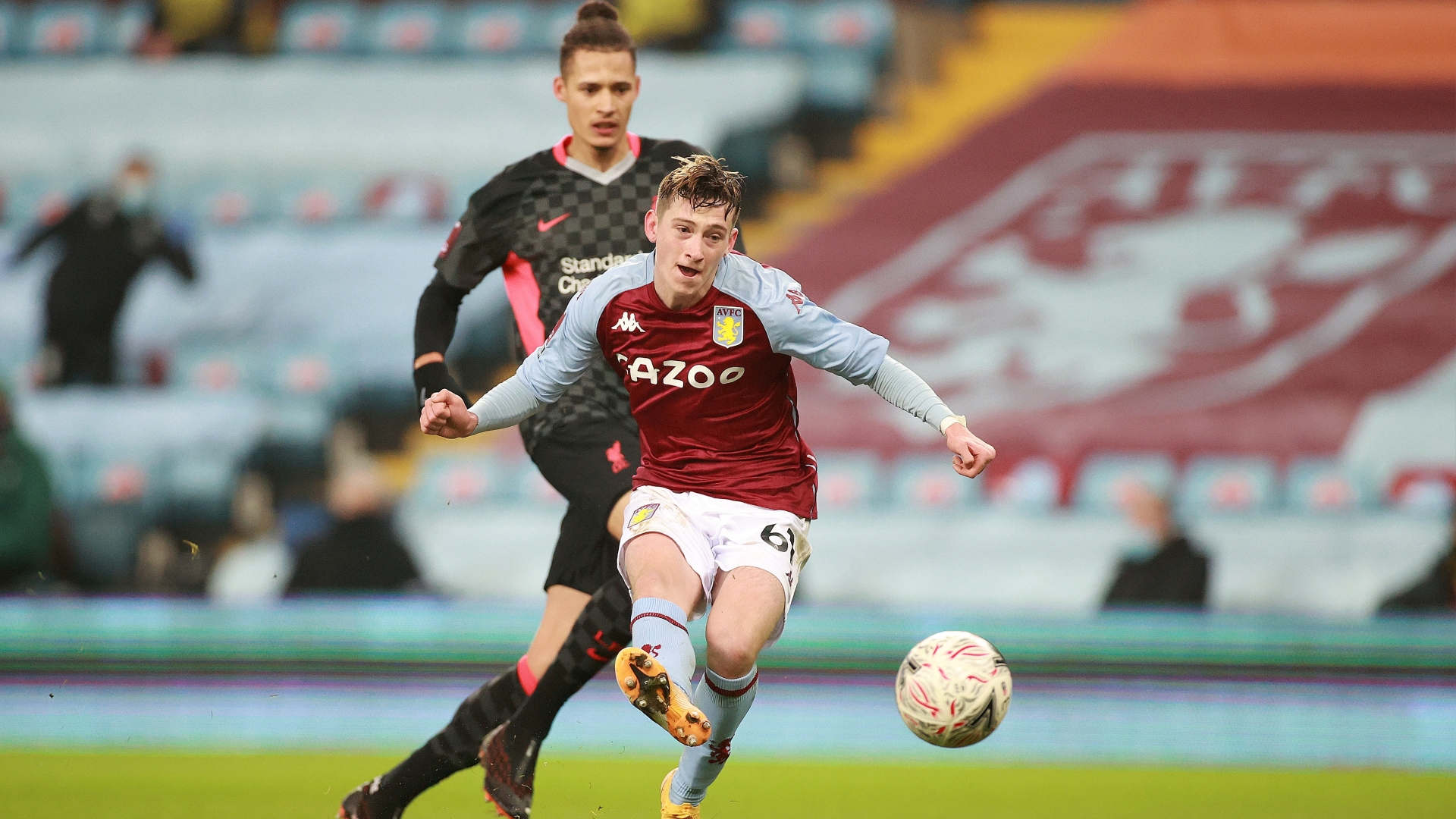 The 17-year-old equalised just before the half, stunning the Reds in their FA Cup match on Friday

Aston Villa’s Louie Barry has called his FA Cup strike against Liverpool his proudest ever moment.

The 17-year-old netted an equalising goal just before half-time for a makeshift Villa side in their FA Cup third-round tie with the Reds at Villa Park.

A second-half salvo from Jurgen Klopp’s outfit saw them power clear and secure a 4-1 win, but the plaudits went to the hosts, who were comprised of youth players after their first-team squad was forced out of the match following a coronavirus outbreak in the camp.

“It all happened so quickly. I was just happy to score – hopefully I score many more … I was working very hard, and so was everyone else. When I celebrated everything came out of me. For the celebration it was relief. It was good.

“I’ve never been so proud of a team – from start to finish we gave our all. When I scored, I thought we might have a chance. Obviously that didn’t turn out to be but we were a credit to ourselves and a credit to the club.”

Meanwhile, he revealed that he had to run down the tunnel to get his shirt back after swapping with Liverpool defender Fabinho.

“I remembered it was my debut shirt. I got his shirt as well, so credit to Fabinho. I got both of them,” he laughed.

Meanwhile, stand-in manager Mark Delaney, who is normally in charge of the U23 team, was also proud of what his players achieved.

"This is the most excited I've been," he said.

"I'm hugely passionate about the club. I've played here and coached here for a long time. Everything's in the right place. We've got some fantastic people working at this club, everyone wants to know what everyone's doing.

"Everyone wants to know about every player at the club. There's a good sense of this club going places which I'm happy to be involved in."