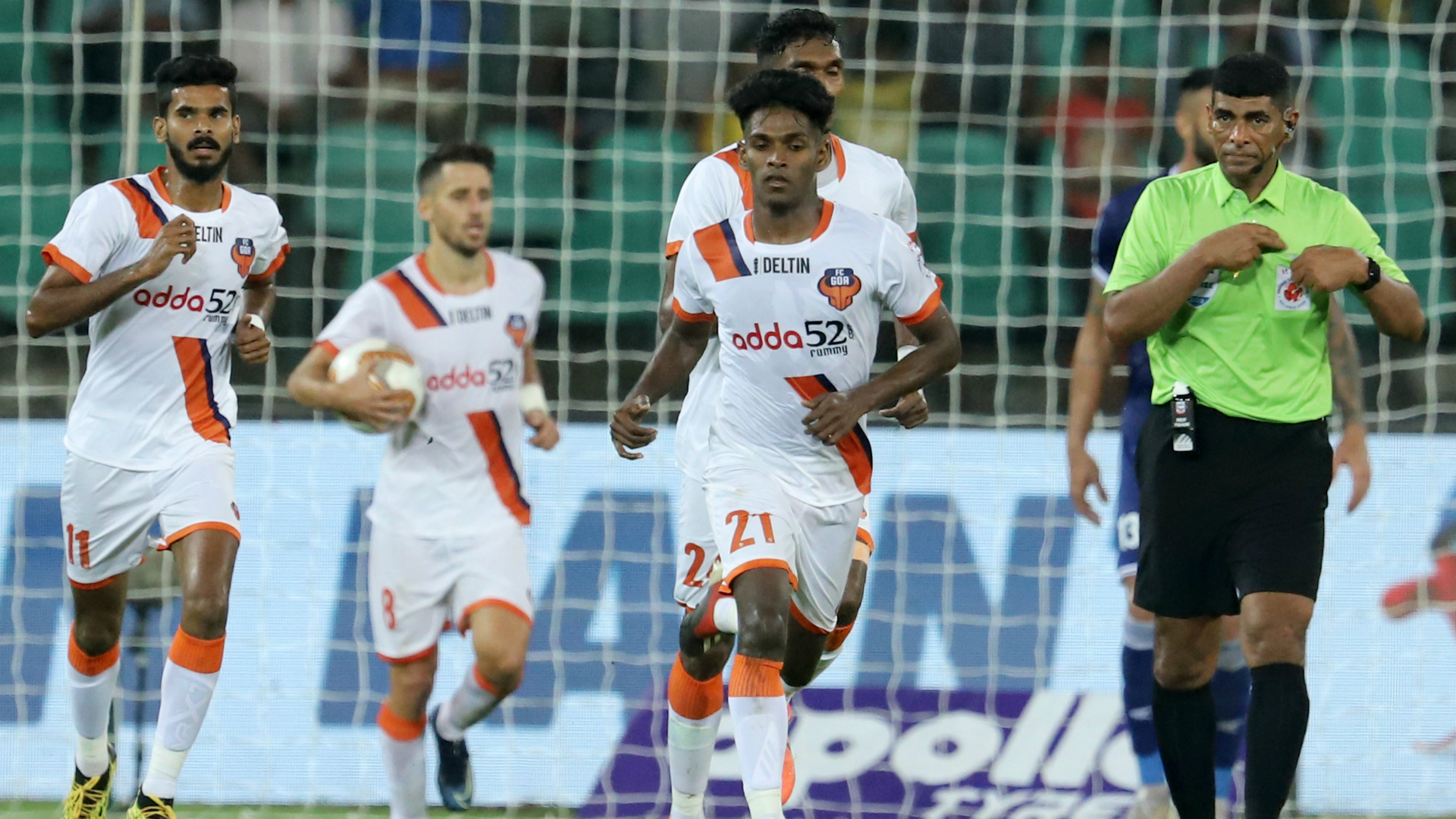 The young left-back has praised the facilities at FC Goa as he looks to climb up the ladder....

The left-back made 11 appearances in the 2019/20 Indian Super League (ISL) season, having made his debut towards the end of the previous season after impressing at the developmental team.

"I need more games now to get more experience, to be there on top. No matter who it is [against], I will always fight for my position," he asserted in a chat with Goal.

"I was very happy at the development team and for the fact that I got to play very freely, I loved the style of football that FC Goa (developmental team) played. Coming to the senior team, I realised that the way the (senior) team played was the same," he added.

The 22-year-old has seen a steep rise in his career chart since being selected at the FC Goa 'B' team in 2018 from where he made his way to the first team and was handed a two-year deal that will keep him at the club till the end of 2020/21 season.

Joining the Gaurs, Gama admitted, has imbibed in him the discipline that a professional footballer should possess.

"It was coach Joaquin Crasto who told me about the FC Goa trials at the time I was injured (when on loan to Sesa FA from FC Bardez). So after my recovery, I attended the trial and I got selected. I gave my best and there's no looking back now," he stated.

"The facilities that I saw at the FC Goa development team was something that I never saw at any other team in Goa. It (FC Goa) is the best team in Goa.

"I used to play in several tournaments before and the games used to be very rough, without any discipline. Coach Joaquin saw me playing one day and recommended me to [FC Bardez] coach Armando (Colaco) which is how I joined FC Bardez. Even the move to Sesa was facilitated by him (Crasto)."

Beginning his football at the age of 14 at Regina Mundi High School (Chicalim) where he played as a forward, he led the line of attack during his brief spell at Sesa FA too. Gama still sees room for improvement in the attacking department.

"I want to improve all aspects of my game. I feel that I lack a bit when it comes to attacking and I am very focused to improve on the way I move into attack by overlapping on the flanks," he said.