How are India's rivals preparing for the SAFF Championship? 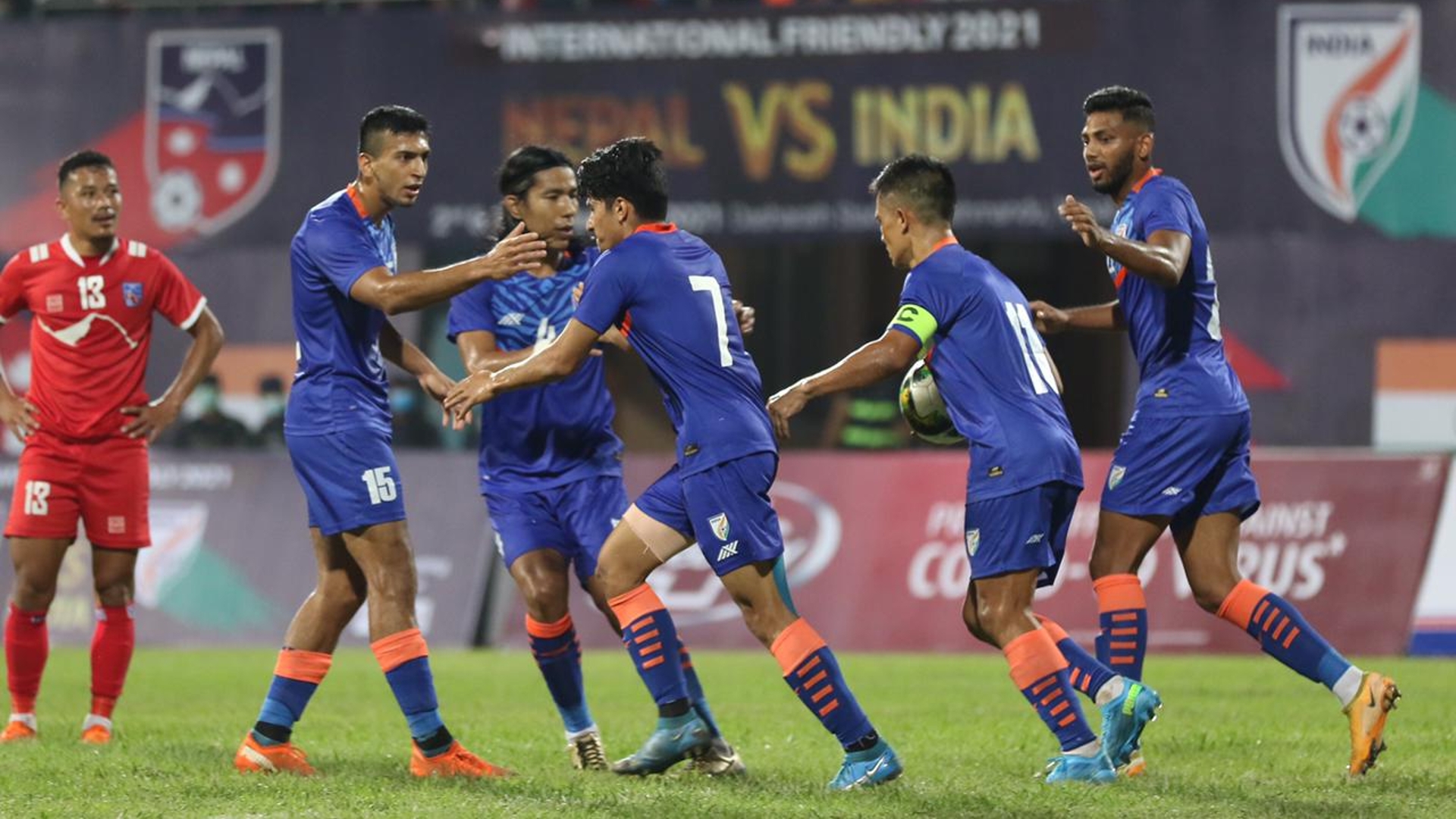 While India and Nepal are playing friendlies, a couple of countries are travelling to Qatar...

The 2021 SAFF Championship will be held in Maldives from October 1 to 16. This will be the 13th edition of the biennial international men's football championship. Due to the Covid-19 pandemic, the tournament was postponed from 2020 to September 2021, which was again rescheduled to October, after Bangladesh withdrew from hosting it.

India are the record champions in SAFF Championship as they have won it seven times. In this edition, the Blue Tigers will be joined by Bangladesh, Nepal, Sri Lanka, and host Maldives. However, Bhutan has refrained from participating due to travel restrictions imposed due to the Covid-19 pandemic, whereas Pakistan FA remains suspended by FIFA since April 7, 2021, due to third-party interference.

India will be opening their SAFF Championship campaign against neighbours Bangladesh on October 4. The final of the competition will feature the top two teams after the initial round-robin format and is slated to be played on October 16, 2021.

How are the SAFF countries preparing for the championship?

India are currently in Nepal to play two friendlies. In the first match, they were held to a 1-1 draw by the hosts and the second game will be played on September 5. Before travelling to Nepal, the Blue Tigers under the tutelage of head coach Igor Stimac held a 15-day camp in Kolkata.

The Indian team players will join their respective ISL (Indian Super League) club training camps after returning from Nepal and will fly to Maldives before the tournament starts.

Maldives have already started to train from August 26 in Male, under interim coach Ali Suzain. He is being assisted by Ismail Mahfooz. They are not playing any friendly in this international window. However, they will travel to Qatar for a preparatory camp before SAFF Cup. The Maldives FA is also trying to schedule some friendly matches against local Qatari sides.

The Nepal national team are currently hosting India in Kathmandu for two friendly matches. In the first match, they churned out a 1-1 draw. After the second match on September 5, they will fly to Doha, Qatar on September 10 for a training camp. 25 players will fly to the capital city and will directly reach Male, Maldives on September 27 for the SAFF Cup.

The Nepal squad that are facing India are as follows:

The Sri Lankan football team are not playing any friendlies in this international window, but Football Sri Lanka have arranged for a 16-day training camp in Doha, Qatar to prepare for the SAFF Cup. The 27-member squad along with 11 coaching staff members will leave for Doha on September 8. Like Nepal, they will directly fly into Maldives.

The Sri Lanka squad for SAFF Championship are as follows: