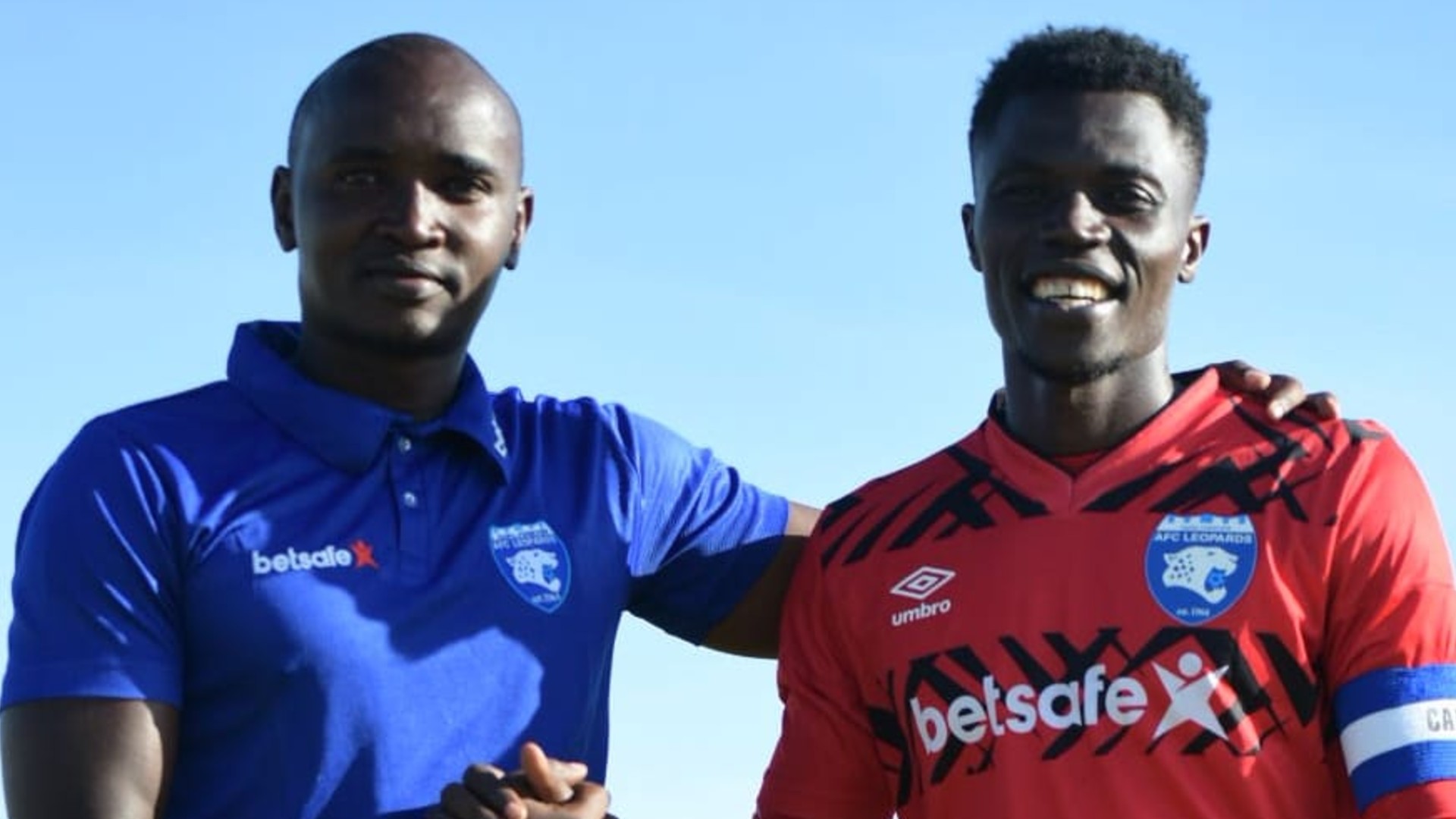 The former Kenya defender opted to quit after guiding Ingwe to a goalless draw against their bitter rivals Gor Mahia in the Football Kenya Federation Premier League Mashemeji Derby.

The 31-year-old felt he was not being appreciated by the club’s top hierarchy despite the efforts he had made to build a strong team in the 2020-21 campaign.

"Sad to see you leave us," Kamura, who remains the longest-serving member at the club, posted on his official social media account.

"I will forever be grateful for the opportunity to be coached by you. At the [Mathare Youth Sports Association]. You were our role model, your generation gave us the right direction, you not only played for Mathare United FC, but you also won the [FKF-PL] in 2008 as the captain and that was our motivation for us, academy players, at that time."

The central defender went on to explain the impact Kimani had on his life.

"I have been a ball boy for you while Mathare were playing," Kamura added.

"It was a dream come true to be coached by my role model and to be your captain too. A father figure to us in this industry. You gave us hope and we believed we can get anything through hard work.

"Thank you for the guidance and knowledge my coach; I can only wish you all the best in your endeavors coach 'Modo'."

Meanwhile, Leopards have confirmed the hiring of coach Patrick Aussems.

As exclusively revealed by Goal three days ago, the Belgian tactician, who has also handled Simba SC of Tanzania, will take over the mantle of handling the Kenyan giants but the club has not revealed the duration of the contract signed.

"Patrick Aussems has been appointed as the new AFC Leopards coach," the club said in a statement obtained by Goal.

"He joins the club after a successful stint at Tanzania’s Simba where he guided them to the Tanzanian Premier League title in 2018/19 and reached the quarter-finals of the Caf Champions League.

"The 55-year-old Belgian, former Standard Liege defender joins us with vast experience having coached teams across Europe and Africa for the last 30 years.

"He has handled Sudan’s Al-Hilal – he won the Super Cup of Sudan and Congo Brazzaville’s AC Leopards where they won the league in 2014 and qualified in the semifinals of Caf Confederation Cup 2014."