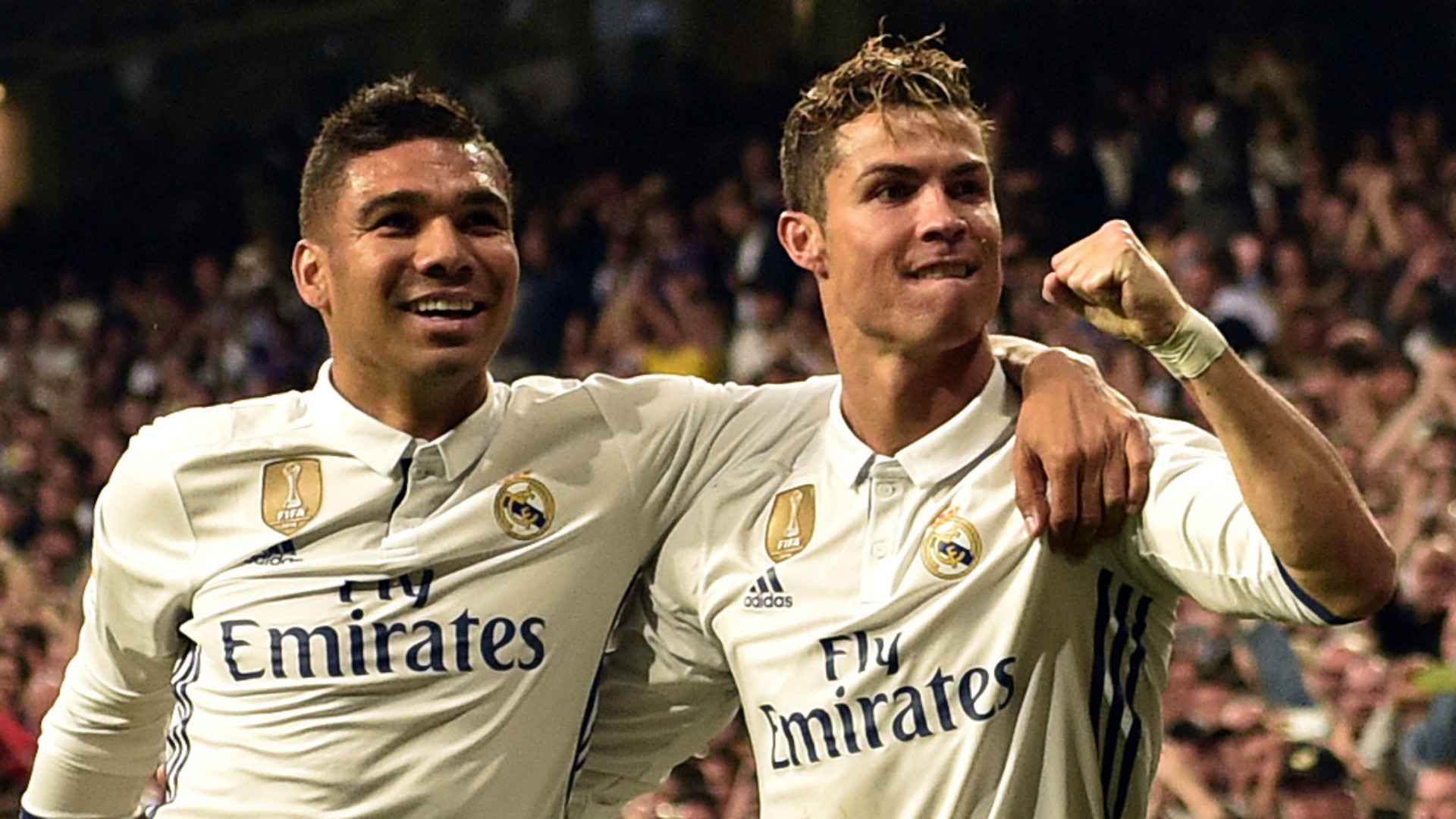 Zinedine Zidane's side rode their luck as Sevilla missed chances, but took a huge step towards claiming La Liga for the first time since 2011-12

Real Madrid did what Real Madrid do - and it looks like it will be enough in the Primera Division this season. Los Blancos defeated Sevilla 4-1 at the Santiago Bernabeu in a ruthless display that owed more to their clinical finishing than a polished performance. And that is why they are set to beat Barcelona to the title.

Luis Enrique's side put on some sublime stuff in Las Palmas in a 4-1 win of their own as Neymar netted a hat-trick and Luis Suarez added another. The Catalans have scored more goals in La Liga than Madrid in 2016-17 and conceded fewer - but it is Real's ruthlessness that makes them favourites for the title.

More of that was on show at the Bernabeu on Sunday in the last game of the season here. Quick thinking from Nacho gave Madrid the lead as the defender quickly took a free-kick while everyone else was waiting and beat a surprised Sergio Rico to make it 1-0.

At the other end, Stevan Jovetic hit the post and the bar and was then denied in a one-on-one with Keylor Navas. Sevilla should have been level at least, but moments later they were behind as Rico could only parry a James Rodriguez effort and Cristiano Ronaldo converted with the rebound.

It was a 400th Madrid goal for the Portuguese and an important one. But still Sevilla threatened and again Jovetic hit the crossbar from a delicate chip with Navas beaten. And before half-time, the Montenegro international was denied again by the Costa Rican.

Sevilla boss Jorge Sampoali will wonder how his side went in at the break without a goal to their name, but four minutes into the second half Jovetic did finally get his reward with a fine finish from the edge of the box.

And while Barca were cruising to a comfortable win in the Canary Islands, Madrid had to wait until a Ronaldo rocket 12 minutes from time to sew up a vital victory of their own, before Toni Kroos completed a 4-1 success for Los Blancos that was more comprehensive than convincing.

Barca stay top of La Liga thanks to their superior head-to-head record in the two Clasico clashes against Madrid this term, but Real have a game in hand (away to Celta Vigo on Wednesday night) and need only four points from their two remaining fixtures (the last one at Malaga next weekend) to claim a first title since 2011-12.

And while Barca seem to have to play well to win matches and especially titles, Madrid showed again on Saturday that their speciality is grinding out results with ruthless performances.

Nothing new there. All throughout their history, Los Blancos have had that ability, that knack of finding a win when they have been playing poorly - and this match was another example as what should have been an even match because of Sevilla's opportunities turned into a completely one-sided affair.

Still on course for a 12th European Cup after reaching the final on Wednesday with another efficient performance against Atletico at the Vicente Calderon, Madrid are on the verge of winning La Liga for a 33rd time and they showed Barca on Saturday that winning trophies is not always about playing well, but often more about being ruthless when it matters most.