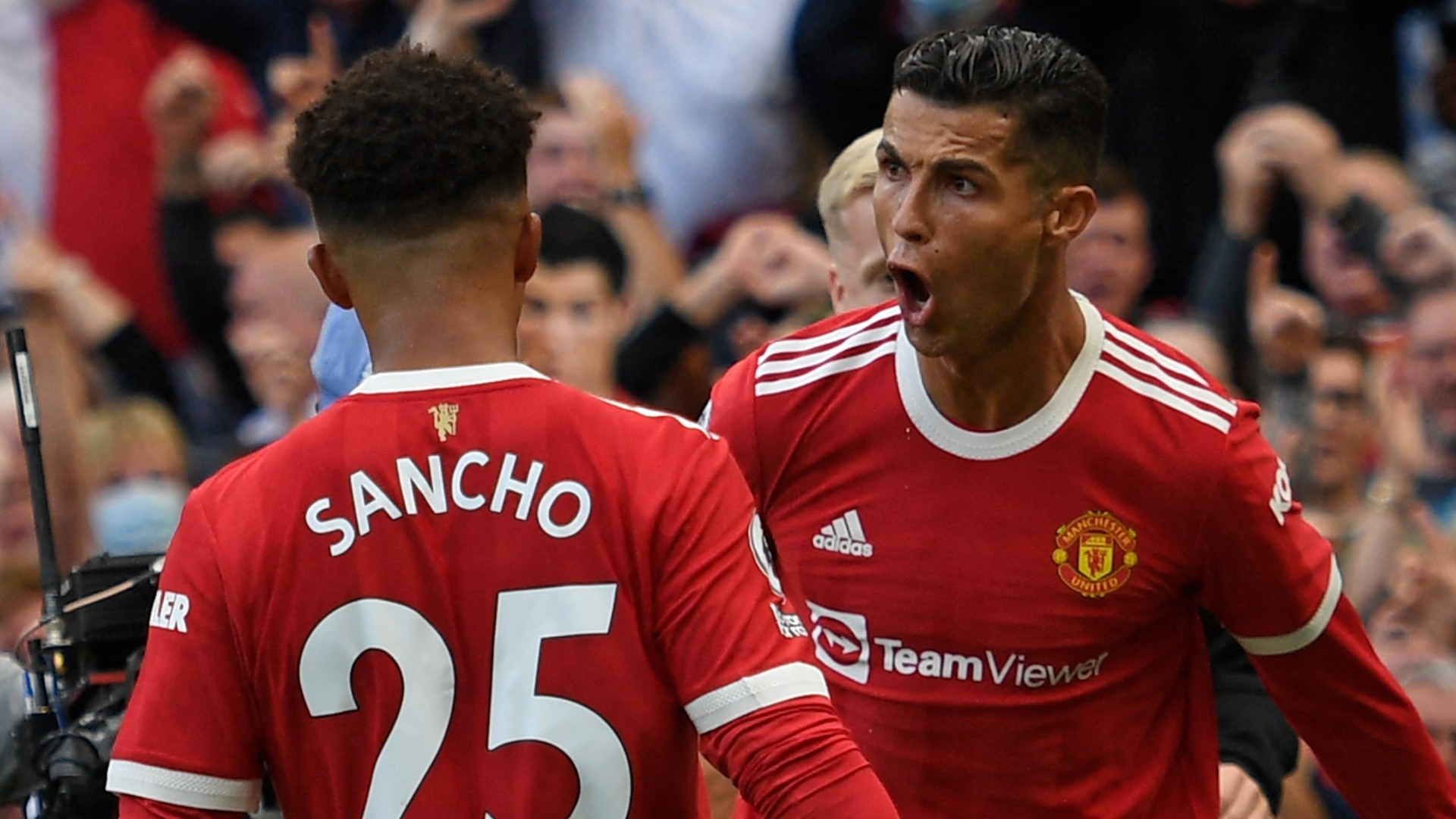 Cristiano Ronaldo scored two goals on his second debut for Manchester United, helping the Red Devils to a 4-1 win over Newcastle.

It looked like it would be a frustrating opening 45 minutes for the five-time Ballon d'Or winner against Newcastle, but Old Trafford erupted in stoppage-time when the deadlock was finally broken.

The Portuguese would go on to score a second to put United 2-1 ahead, and UK and US users can watch the strike below!

How did Ronaldo's first goal come about?

The 36-year-old, who was handed a started berth by Ole Gunnar Solskjaer, took a while to get his eye back in after 12 years away from a Premier League stage.

A couple of half-chances passed him by early on, with one wild swing with his left foot drawing ironic cheers and a knowing smile from United's No.7.

He was, however, to show in the closing stages of the first half that he has lost none of his touch in front of goal.

Mason Greenwood drifted inside off the right flank and hit a hopeful shot that took the slightest of deflections.

That was enough to put Newcastle keeper Freddie Woodman off and he could only spill the ball to the feet of Ronaldo, who reacted quickest inside the six-yard box for a tap-in.

When was Ronaldo's last Premier League goal before Newcastle double?

Ronaldo hit 84 Premier League goals for United during his first stint with the club.

Some 12 years later and an all-time great is back in the groove, with Newcastle unable to contain his very obvious threat.

They did restore parity in the 56th minute through Javier Manquillo, but they were not level for long.

With Solskjaer's side looking for a hero to step up on a day that a wave of optimism poured down from the stands, Ronaldo was - as is often the case - the man to step up.

He was given another helping hand by Woodman when grabbing his second of the game in the 62nd minute, but he and the rest of his team-mates cared little about that.

Ronaldo was sent racing through on goal by Luke Shaw, with a perfectly weighted pass taking him into the area.

He got his head down and fired goalwards with his left boot, with the ball slipping between Woodman's legs and into the back of the net.