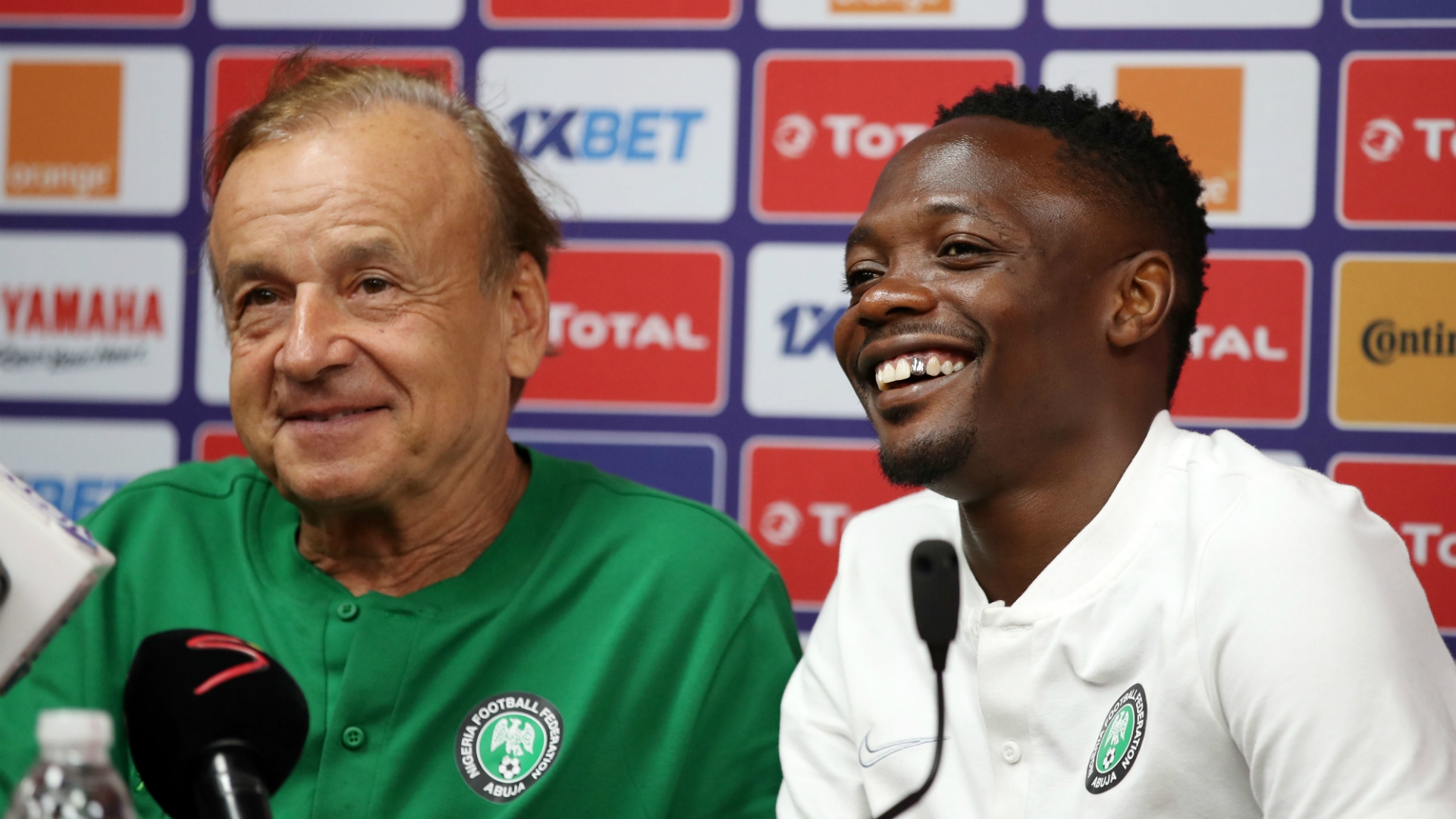 Nigeria national team coach Gernot Rohr hopes to see his captain Ahmed Musa back in action ahead of their 2022 Africa Cup of Nations qualifiers in March.

The three-time African champions will take on the Republic of Benin and Lesotho in their last Afcon qualifying games next month.

Musa has been without a club since October when he left Saudi Arabian side, Al Nass, by mutual agreement.

The forward starred for Russian Premier League club CSKA Moscow before moving to England to team up with Leicester City.

The Super Eagles winger struggled to establish himself at the King Power Stadium and in an effort to enjoy more playing time, he left for Saudi in 2018.

The forward is now looking to returning to Europe and has been heavily linked to Premier League club West Bromwich Albion.

Rohr is hopeful Musa will sort out his career soon after confirming the forward is currently in England in his quest to sign for a club.

"We are in touch with our captain, he is in the United Kingdom now,” Rohr told media.

"It's not so easy to change during the season but he is free to sign where he wants and there's no obligation to respect the transfer window for him because he was free already.

"It's a long time that he didn't play, I think since October, so he needs now to come back in the rhythm of the matches."

Nigeria's Afcon qualifiers in March will be expected to be played behind closed doors due to the coronavirus and Rohr hopes Super Eagles fans will have an opportunity to return to the stadium as quickly as possible.

"I hope to see the fans very soon in the stadium, it's difficult for the fans, we have the pandemic situation for almost one year,” he added.

“I want to tell them that our boys will fight to forget disappointment from last year."

Nigeria currently lead the Group L table of the Africa Cup of Nations qualifiers with eight points. A win in their next outing would seal their place at the continental showpiece.