East Bengal's Robbie Fowler clarifies coaching comment: I would never ever disrespect anyone 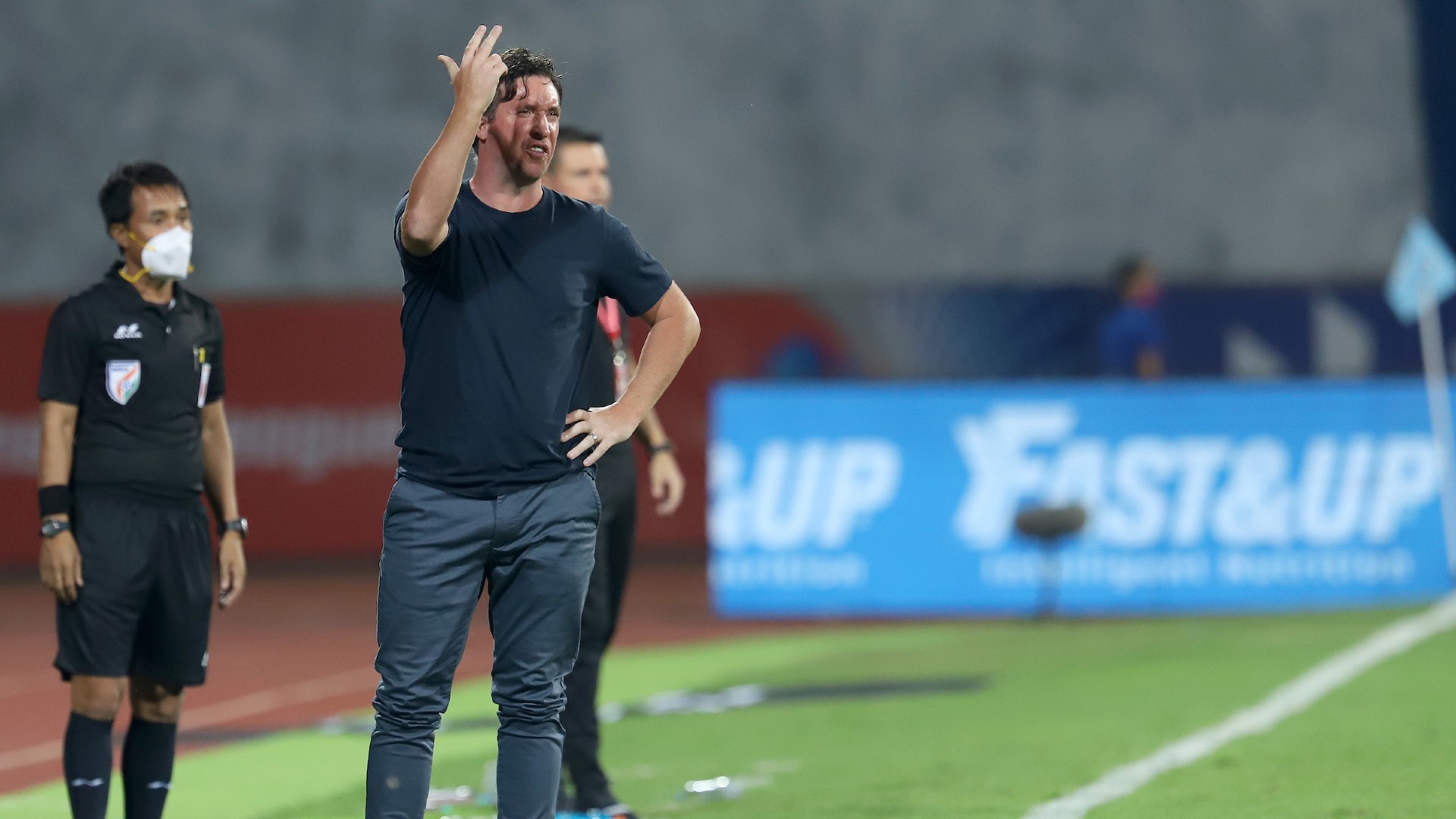 East Bengal head coach Robbie Fowler said that his comments were directed at his team...

East Bengal head coach Robbie Fowler has clarified his comment on Indian players after his team's 0-3 defeat to Mumbai City in the second game of the 2020-21 Indian Super League (ISL).

Ahead of his team's third game against NorthEast United, Fowler said, "This (Fowler's comments) has been put out of context a lot. My comments were directed to my team. My philosophy is to coach a team to the best of my knowledge and abilities.

"We have an intricate way of playing. We have an identity and a philosophy. My players haven't been coached like this here before. We are implementing our ways and trying to get the best out of them which means lots and lots of hours on the training pitch."

He further added, "I understand from where did the people get the wrong context. My intention was not to disrespect anyone. I would never ever do that. There are lots and lots of good players in India. Some not great by all means. There are technically gifted players here but sometimes they need a better understanding of the game. That's being a realist and trying to better the system. Communicating better on the pitch, knowing when and when not to tackle, when to run and standstill. The understanding of the game can be better.

"We know that. Our job is to make the players as good as he can be and make them play for the national team. When the national team is successful that means everyone is enjoying the football. The ISL and I-League are good leagues. The development cannot happen overnight. It has to start from the grassroots. Future generations will find it easier to play the game better and understand it better."

After the game, Fowler had criticised the performance of his team and seemed to suggest that a few players in his team lacked the required level of coaching. He had said, "We will coach the players because in all fairness few of them have probably never been coached before and that is what we are doing. We will try and make our Indian players better and that takes good coaching and I don't think they had that in the years gone by."

East Bengal are winless after two games and have lost both the games. They fell to a 0-2 loss against arch-rivals ATK Mohun Bagan in ISL's first Kolkata derby in their opening game and then succumbed to a 0-3 defeat to Sergio Lobera's Mumbai City.

"Whenever you get a team together it is important to get the chance to gel on the pitch.  All teams have remained in isolation, but we probably have struggled more than other teams due to the lateness of getting together as a team. The lateness of getting the squad together. We travel a long way to training each day. But we want to get lots and lots of hours in the training pitch. When you have to travel distances to get to games and training, the player's welfare is massively important. We need to look after that," Fowler explained the difficult start.

He added, "We can't really do as many hours as we want to do in the training pitch. But saying that when we do put in the shifts in the training pitch the lads have been fantastic. They enjoy the training sessions and the camaraderie that we have. We are not looking for excuses. It is about what we do as a team. We will get it right. We know that. We are in work in progress. We are getting there."

East Bengal are also linked to foreign players in the market as they have not filled their available quota of seven foreigners. Fowler hopes to make a sensible decision regarding the seventh foreign recruit.

"We have a lot of players (that we are looking at). I think we have got to be sensible. We have an idea of who we can and can't bring in. We have to be realistic. We have to look at players who would want to come here. Then spend two weeks in quarantine. It is a tall ask. We have made some phone calls. Not just a striker... lots and lots of things we can discuss. We have to try to be the very best that we can and that means to bring in someone who can be the best for the club."

The signature of a foreign striker became a bigger talking point after the team's difficult start. The Red and Golds have not been able to convert their chances with the available striking options in the team.

"I know we haven't scored. I don't want to talk about individual players. We play as a team. The scorelines suggest that we have battered. But we were in the game. We are not a million miles away from where we need to be. Just because you bring in a foreign striker that doesn't mean you will win games. This country is bound by rules what we can and cannot do. We can bring in a foreign striker and then maybe weaken other areas. My job as a manager is to establish what is best for us and of course we need a number 9. But if it means weakening other position then we need to work it out with my team here.

"Aaron Amadi-Holloway probably shouldn't be very far away. We have to see with Loken (Meitei) and Danny (Fox). We will find it out after the scans within a day or two. Loken was one of our better players in the first game. Losing Danny in the second game disturbed the way we wanted to play. They are big players but maybe this is an opportunity for others to show what they have got," Fowler concluded.