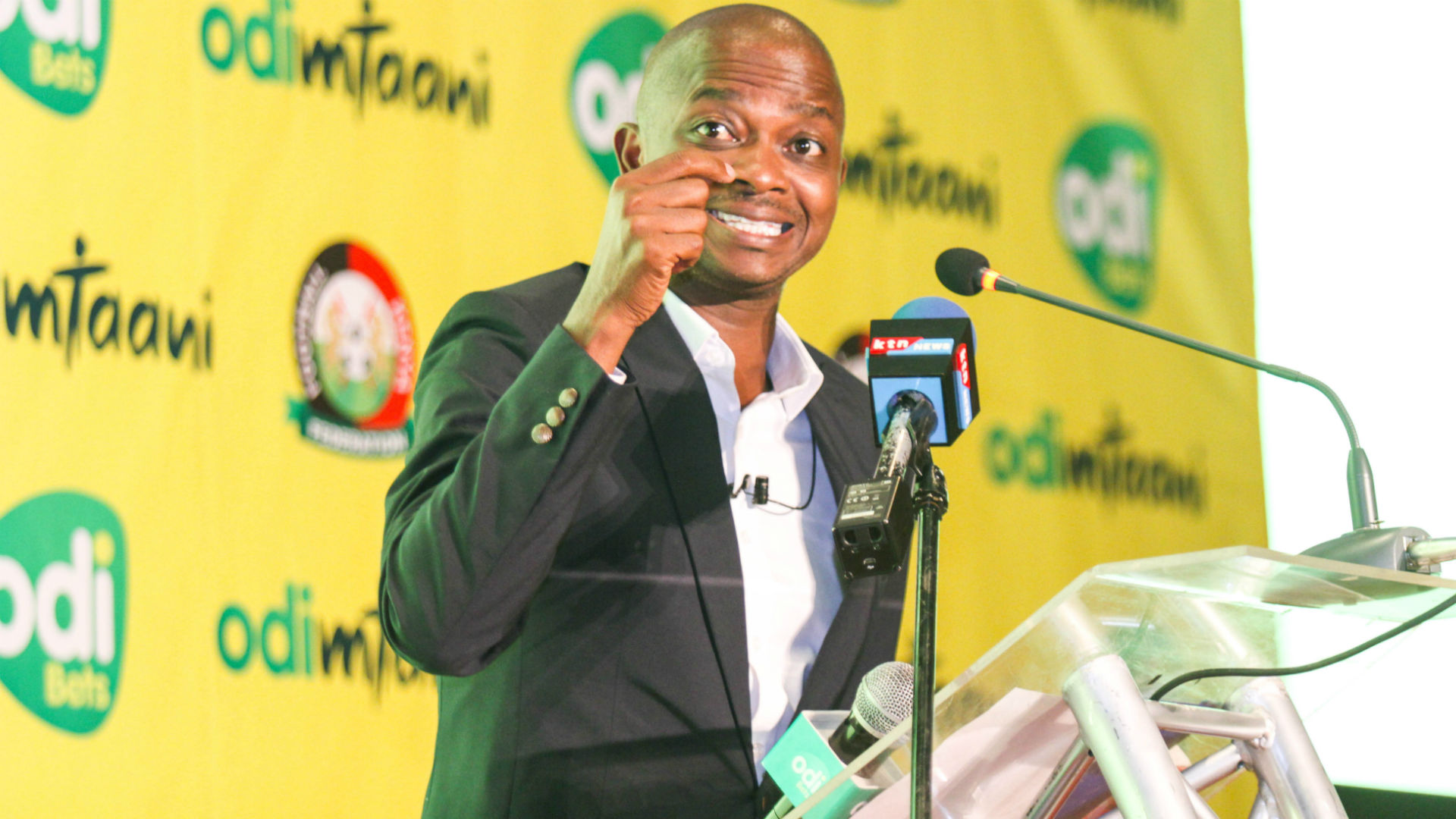 Football Kenya Federation President Nick Mwendwa insists they had to let OdiBets leave because they did not honour their contract.

In a communique received by Goal on Wednesday, the federation said the betting firm breached the terms of the contract but did not specifically state which part of the contract their partners violated.

However, in leaked audio, it is now confirmed why the betting firm was let go.

'They lied to us'

"For instance, in places like Kiambu, which is near Nairobi, we did not manage to give them their equipment.

"We were soothing the sponsor, and we took our time; that was since last year. They brought substandard balls that spoil fast and stopped bringing in jerseys as well. We let them be.

"This year in March, we met them again to discuss the way forward... but they lied to us once again regarding the balls and kits, stating that they were on the way and were not ready to award.

"From March to September, they failed to honour part of their deal. Even after Barry Otieno met them, they still did not meet the Tuesday deadline that we set for them to bring the promised merchandise."

'We cannot let sponsors spoil what we have built'

The administrator insists they could not let the sponsor spoil the game. He further stated they had to let them go amicably to ensure other potential sponsors do not find it hard to partner with the federation in future.

"So we decided to cancel their sponsorship because we are giving them mileage; by naming the league after their name and using their kit, but they are not honouring their part of the deal," Mwendwa continued.

"It is the reason why we terminated their sponsorship. What do you mean we are doomed? We cannot let sponsors spoil what we have built. Sponsors will come and go. BetKing were here, did one year and left, another one will also come and go.

"OdiBets came and found us here and we do not want them to spoil our game. We are letting them go in peace because we are also safeguarding our name with future sponsors."

With the Football Kenya Federation Premier League starting this weekend, there is no title sponsor. So far, only broadcast partners StarTimes are left after the exit of another betting firm BetKing.