Record-breaker Aguero cements his status as a Premier League legend 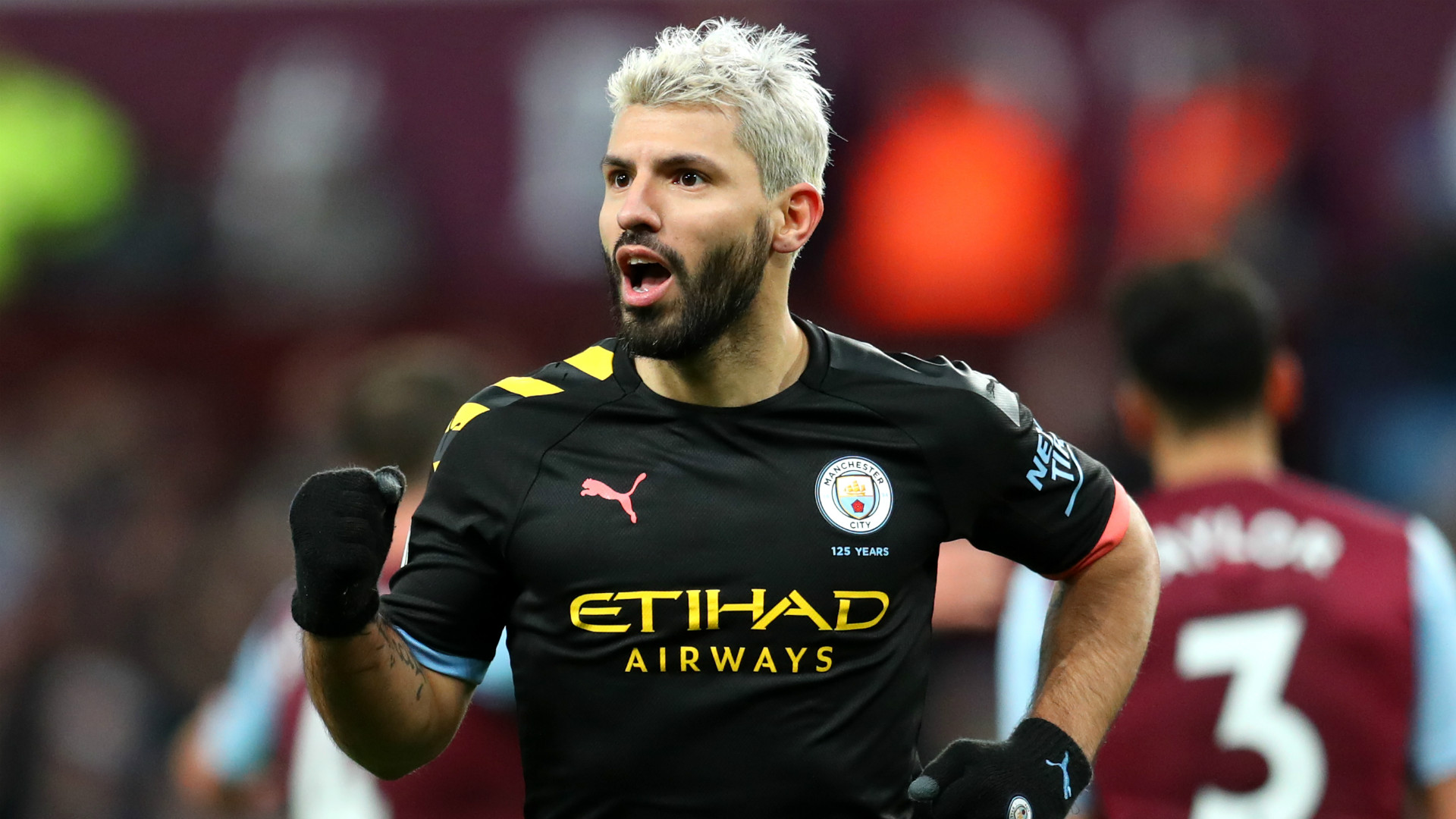 Sergio Aguero officially confirmed what has been known for a long time at Villa Park - the Argentine is the greatest foreign striker to ever play in the Premier League.

With a vicious swing of his right foot, he hit a swerving 20-yard strike that Aston Villa keeper Orjan Nyland could only deflect into his own top right hand corner.

That equalled Thierry Henry’s record of 175 goals for a player born outside England.

And just 13 minutes into the second half he set a new standard with a short dribble and typically lethal sidefoot finish that gave Nyland absolutely no chance.

It was the sort of goal that the brilliant striker has scored dozens of times during his time at City. His speed over a short distance and low centre of gravity too much for a struggling defence, his strength holding them off and a short punchy finish that goalkeepers cannot get near.

The silver-haired striker rushed to straight over the thousands of City fans who had been singing his name for much of the game to share the moment.

Quickly over to join in the celebrations and incredible personal milestone was his long-term partner in crime David Silva. So often the Spaniard has loaded the bullets for his team-mates to fire. It was Silva who made the slick pass for Aguero’s second in a devastating 6-1 victory over hapless Villa .

Silva leaves in six months time and Aguero another year after that - and the question now is how far up the all-time list he will finish. He is currently fourth, level with Frank Lampard on 177.

He brought that up late on at Villa Park when he smashed the sixth past Nyland’s nearpost for his 12th hat-trick in the Premier League - moving one clear of Alan Shearer.

It is unlikely that he will surpass Shearer on the all-time list of greatest Premier League goalscorers but Wayne Rooney (208) and Andy Cole (187) are both in touching distance.

None have a better strike rate than the Argentine, who surpassed Henry's tally in 255 matches, three fewer than Henry played in his illustrious career at Arsenal.

Aguero’s record is proof of his status as a phenomenon.

For eight-and-a-half seasons, the 31-year-old has been the outstanding striker to watch in England, scoring 20-plus goals in every completed campaign on the way to four league titles. No one would bet against his ninth going the same way.

Despite injuries seriously impacting him this term, Aguero is once again in the running for the Golden Boot at the end of the season, with his 13 so far leaving him four behind Leicester’s Jamie Vardy. In terms of goals per minute, the former England striker averages a goal every 106 minutes. Aguero has found the net every 73 minutes this term.

That deadly consistency is why he was the greatest striker of the previous decade, finishing with more goals than anyone else.

Aguero could conceivably pass Cole on 187 before the end of the season and Rooney on 208 in his final 12 months at the club, leaving only Shearer ahead of him.

The 31-year-old was already City’s greatest ever goalscorer - he reached that mark more than two years ago.

He will be forever remembered for the greatest moment in Premier League history when he won City’s first title with virtually the last kick of the game against QPR in 2012.

His legacy is that if a similar scenario was to ever arise, Aguero would still be the striker you would want involved.