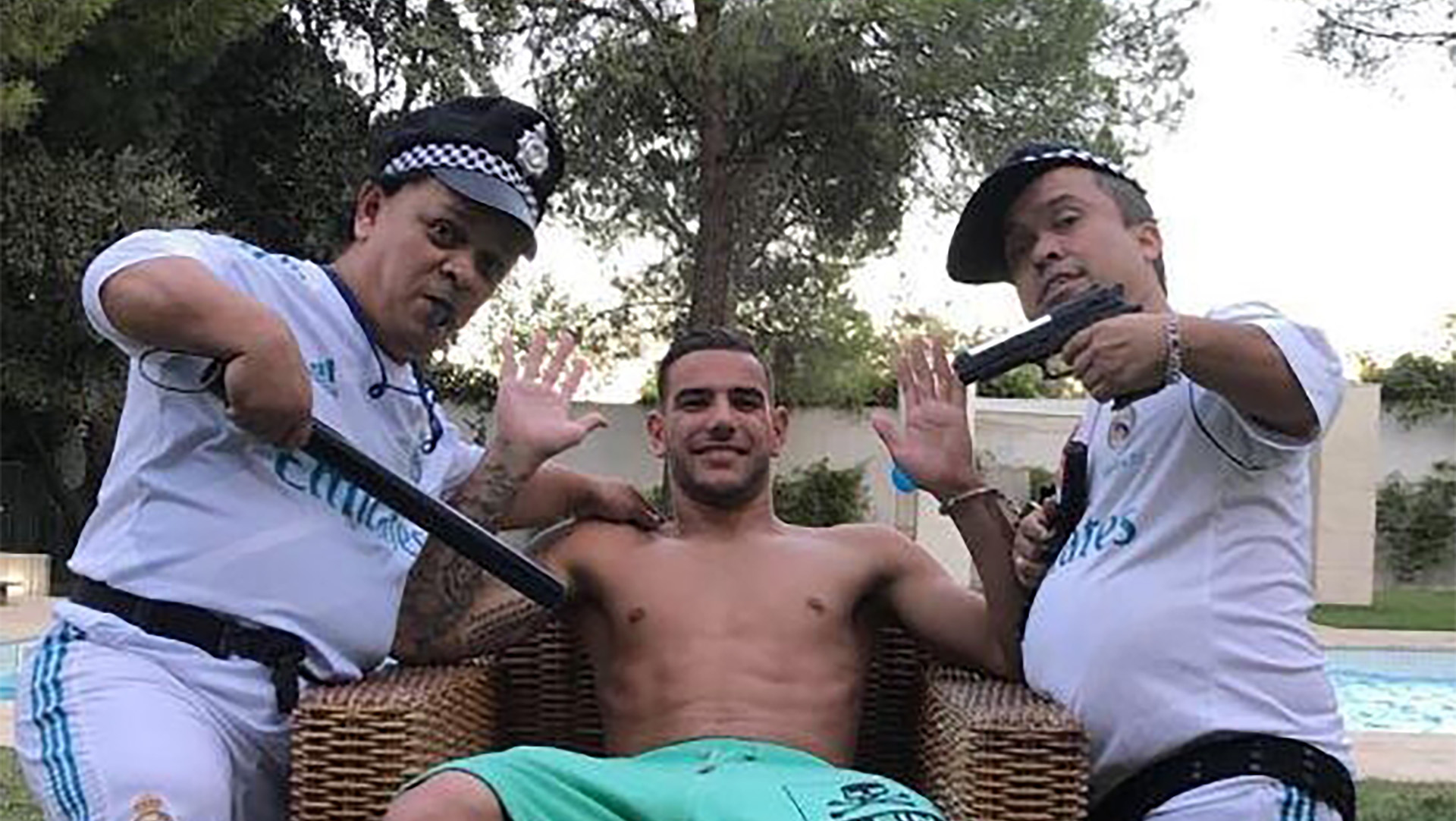 The former Atletico defender staged a curious mock arrest to mark turning 20 on Friday, standing out amongst other snaps with family and friends

Real Madrid star Theo Hernandez has posted a series of controversial and potentially offensive images on Instagram as he celebrated his 20th birthday.

The Frenchman released a host of photos of the landmark date on his Instagram account, as family and friends of the defender gathered in celebration.

And it was two images in particular that have the potential to cause offence, with a mock arrest being staged by two male dwarfs dressed as police officers - with one pointing what was presumably a fake gun at Theo's head.

The youngster is seen jokingly putting his hands up in the other photo, which is accompanied by a series of laughing emojis.

Theo has been used sparingly by Madrid so far this season, making three appearances for the club since joining from Atletico Madrid in the summer, with two of them coming in La Liga.