Mumbai City FC's Raynier Fernandes has had an expeditious rise to the top of the Indian football spectrum in a brief but successful span of three years.

The central midfielder won the Sikkim Governors Gold Cup, finished runners-up in the Federation Cup, Calcutta Football League (CFL) and the I-League, all in his first year at Mohun Bagan in the 2016-17 season. He then made his way back to Mumbai to represent the Islanders in the Indian Super League (ISL) in 2018.

"Football has been there in my life since I was in the third grade," Fernandes stated in a discourse with Goal. "I played at school level at Our Lady of Salvation in Dadar. My brother (Royston) who is six years elder to me was also a football player and when I got to the fifth grade, he played in the first team of Kenkre FC. Looking at his interest, I got encouraged to take the sport seriously."

Although his brother's dreams of making it big in professional football were cut short by injuries, a bouyant Raynier took his calling seriously quite as early as he started realising his potential.

"I changed my school and went to Don Bosco, Matunga in the seventh grade because at Salvation the level [of football] was not as high it was in Bosco's. From there, everything went well and we won many championships at school level. Then I went to MMK (Shrimati Mithibai Motiram Kundani) college in Bandra where I played hockey and football but my main choice was always football.

From Mumbai to Kolkata

"My first ever club was Companeros. The coach (Sydney D'Souza) liked my game when I was in college, so he put me in the team (Companeros). We played in the play-offs and qualified for the MDFA (Mumbai District Football Association) senior division league when Air India approached me to play for their U-19 team," the Mumbaikar journaled the rise of his career.

"I played under [Air India U-19 coach] Shyam Sawant for one year and the next season itself, the senior team coach Godfrey Pereira offered me a contract to play with the senior team. That was a moment of happiness. Even though I wasn't quite expecting it, it happened and I had to up my game and focus.

"During that time, I played in the 2016 Santosh Trophy and Maharashtra came second which was also a good achievement for me as a player because it was the first time I represented my state. We lost the final to Services but it was a good feeling to play in all the matches and that gave me the confidence and experience that I needed." 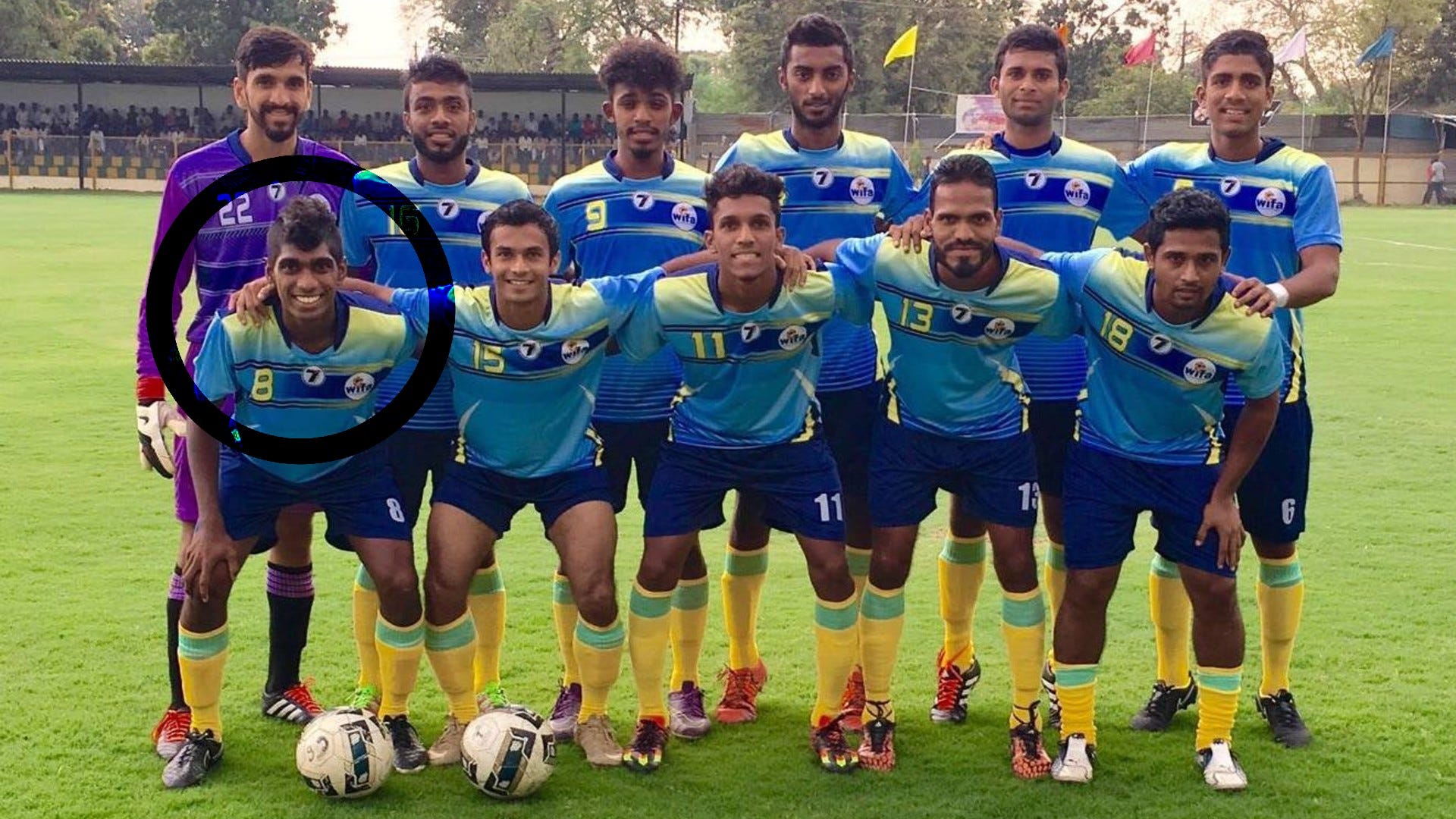 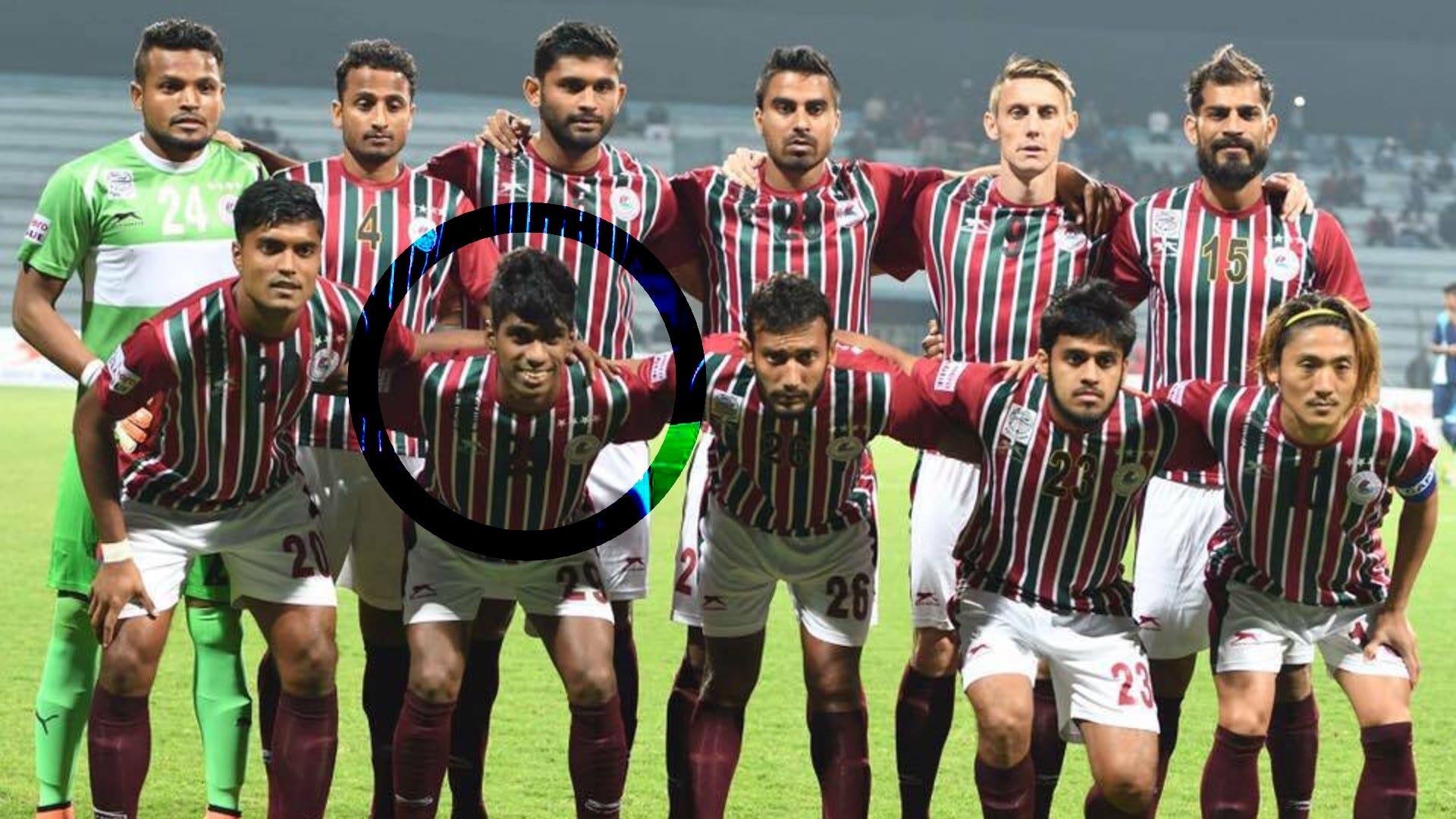 Raynier feels that his move to Kolkata giants Mohun Bagan was the turning point in his playing career.

"The turning point was when I got to play for Mohun Bagan after passing my trials. I didn't expect to get selected in the first round itself and that feeling was at a different level. Representing Mohun Bagan at that stage is a massive thing.

"It was a moment I had to cherish but I also had to do something about it as being at such a big club and not playing is also another thing. I worked hard for it (a place in the starting 11) and I remember that game (against George Telegraph) in the CFL where I came on in the second half. I was so nervous in front of the 20,000 people that I didn't know how to react. After the game, I realised that this is the real deal and I cannot afford to take anything lightly and I have to work hard," he explained.

Having played under the guidance of Sankarlal Chakraborty in the CFL, he made it to the I-League squad under the tutelage of then coach Sanjoy Sen in the latter half of the 2016-17 season and earned himself another year on his contract.

"That year (2017-18 season) just changed everything for me. That's the year I played nearly 95 percent of the games and the biggest game that I played was the derby ( 2-0 win over East Bengal ) and the cherry on the cake was that I provided an assist in that game. There was like a crowd of 65,000 and that feeling is one that I will always keep with me." 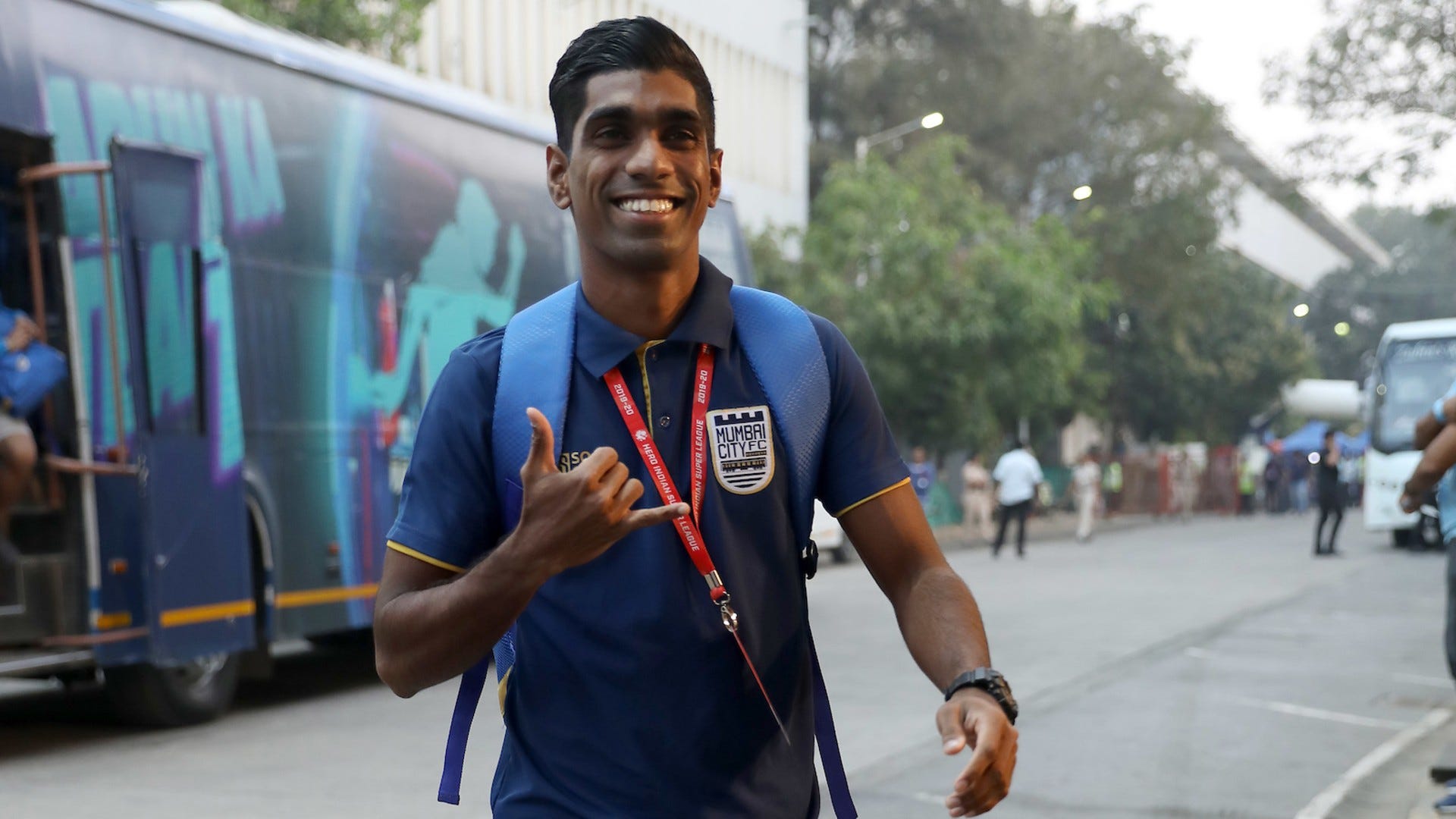 Having recently signed an extension at Mumbai City that will keep him at the club till 2023, Raynier expressed that his return to Mumbai was something he had anticipated.

"That (playing in Mumbai) was something I always wanted to do. Playing for your home club, in front of your family and friends and giving everything - the feeling was great. (Former coach) Jorge Costa kept his faith in me and gave me many chances. So I had to train hard and give my best," said Fernandes.

Raynier was impressive in his debut season. He has played 33 ISL matches in two seasons for the club and his performances in the ISL were hard to be overlooked as the then newly-appointed India head coach Igor Stimac summoned him to the national team camp at New Delhi after the end of ISL season 5.

Raynier reveals that he was never expecting a call-up from Igor Stimac and had to hastily scrap his vacation trip to Dubai.

"I remember, just before the call (to the national team camp), I had not expected anything. This was during the off-season after my first year at Mumbai City. I was supposed to go to Dubai for vacations and just four days before the camp, one of my friends messaged me saying 'congratulations for India team'. I had no clue what it was about.

"The next day I actually saw my name in the list (of 37 probables) along with Sunil Chhetri bhai, Sandesh Jhingan, (Anirudh) Thapa and all these people. It was like a dream just thinking about sitting with all of them in the dressing room. With all the happiness, I cancelled my (INR) 22,000 (flight) ticket I had purchased for Dubai and I had no problem doing that as this (national team call-up) was the best thing that happened to me," Fernandes narrated. 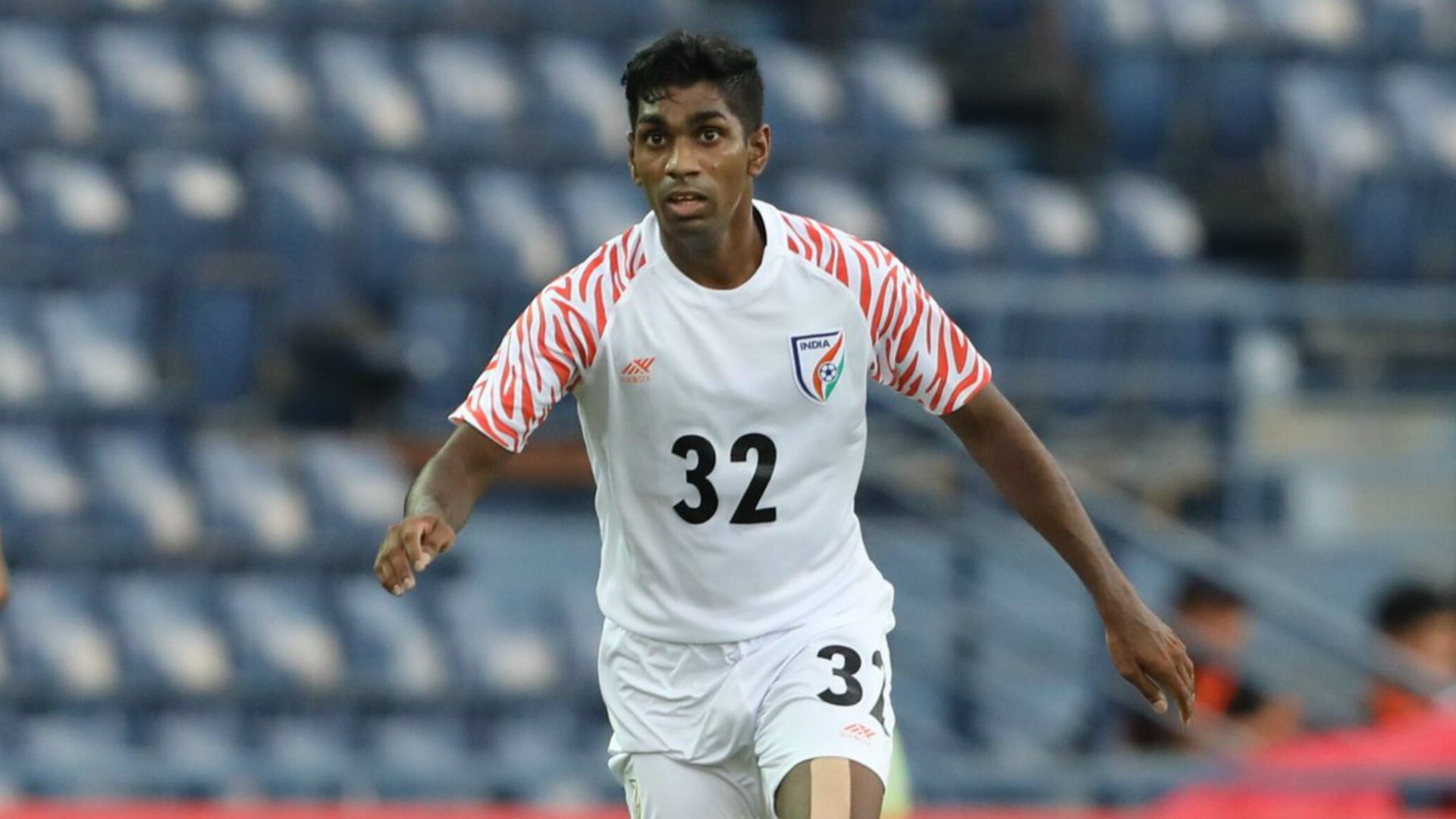 Brought in after the change of ends against Curacao, Raynier made his international debut at the 2019 King's Cup in Thailand and made a strong case for himself in the two games (Curacao and Thailand) and was also utilised in the 2022 World Cup and 2023 Asian Cup joint qualifier games against Afghanistan and Bangladesh including a start against the latter in the same year.

"When I was sitting in the dugout, I wanted to play and I remember Balwant Singh was near me and he was like 'Bhai, tu kitna awaaz karta hai, tu relax kar' ('brother, you're making so much noise, you should relax'). At that moment, I just wanted to step on the field and kick the ball just once for the Indian national team and it happened in the second half.

"When you play the first game for your country, you have to play like it's your chance to prove that you are worthy to be in the Indian national team and the experience I got down the road taught me that you have to just enjoy the game and play," Fernandes summed up.