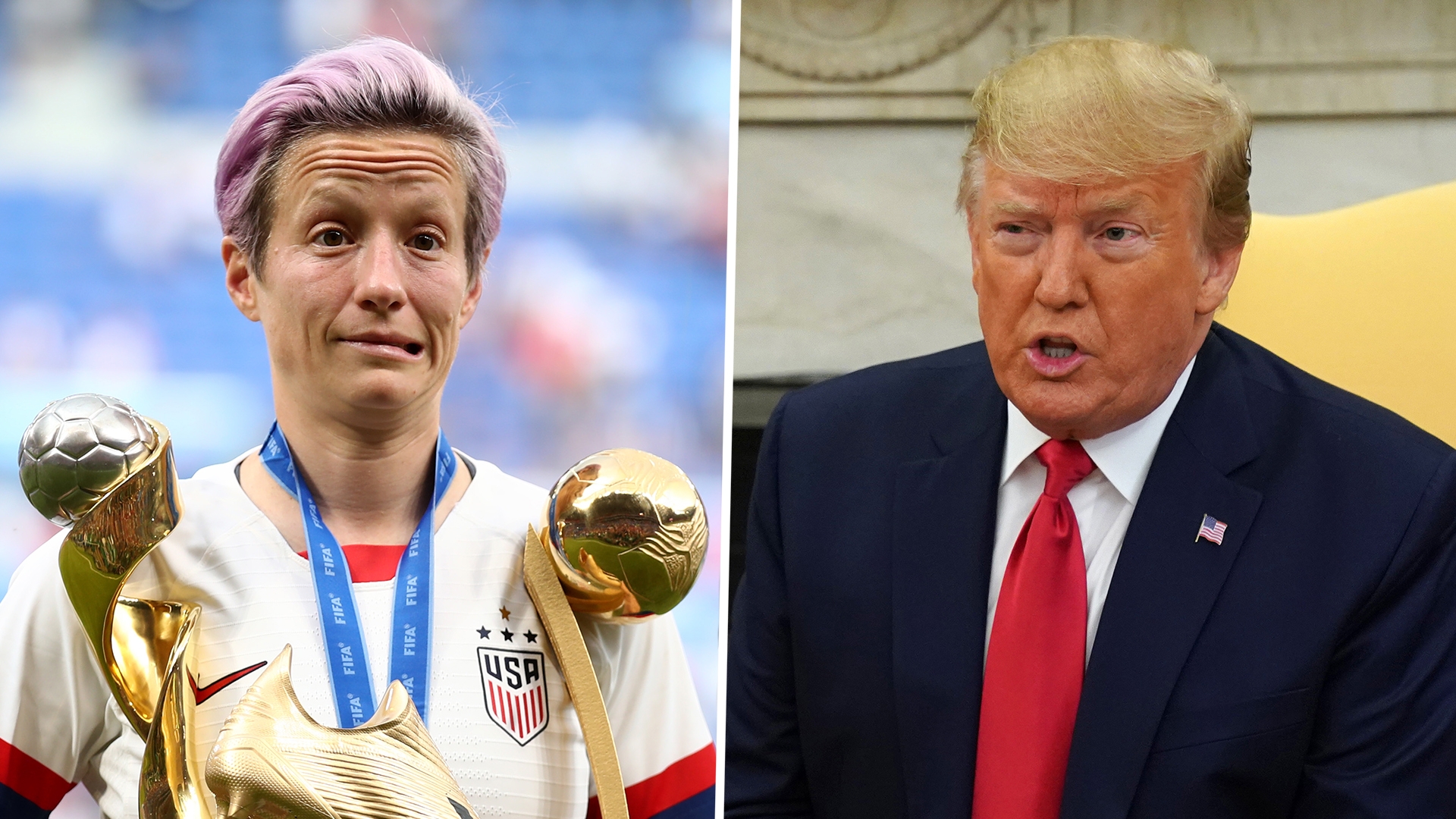 The USWNT co-captain had a high-profile back-and-forth with the President during the 2018 Women's World Cup, beginning with Rapinoe stating that she would not be "going to the f*cking White House" if her side emerged victorious in France.

Trump then hit back by telling the USWNT that they would need to win first before worrying about a White House invite, which they did by taking down the Netherlands in the finale.

In the months since, Rapinoe has hit back, calling Trump a "f***ing joke", having also labeled Trump as a racist and a misogynist.

And now the USWNT star took aim once again, calling Trump a "white nationalist" while criticizing his contributions as president.

"Now, obviously, we have a white nationalist, I think, in the White House and the spewing of hate and the 'othering' of the rest of the country has only led to more strife between people and more despair and more anxiety and more fear going forward.

Rapinoe was also asked if she would continue running for office, as the USWNT star has previously said she's interested in pursuing politics someday.

Rapinoe said the idea of a political career still "seems wild" but she's not going to shut the door on it.

"I mean, President, of course. If I’m going to do, I want the biggest, baddest post. That way, I can be the president, but then I get to pick everyone else who’s way smarter and way more qualified and way better at everything to actually do the thing," she said.