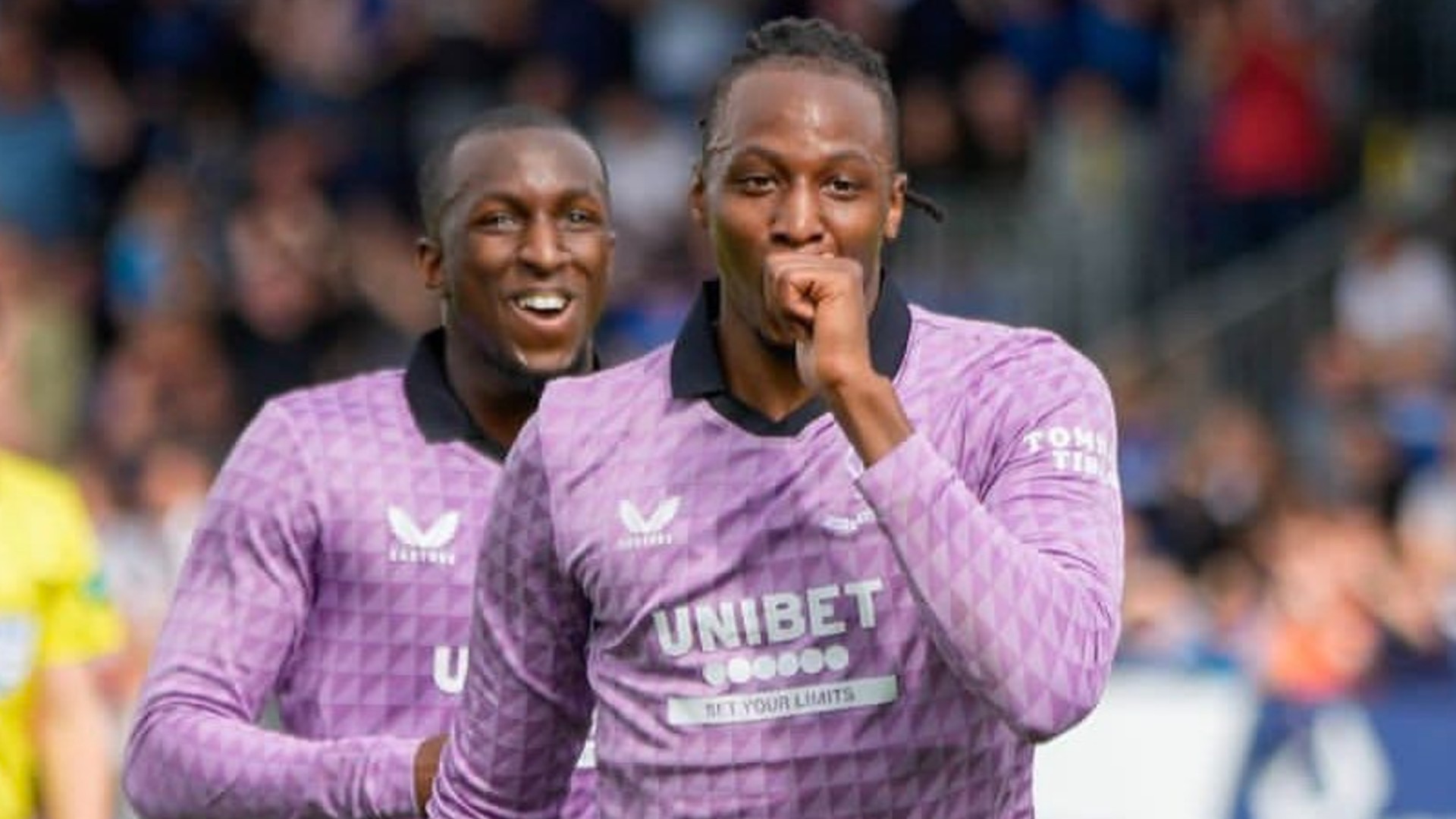 Nigeria international Joe Aribo has spoken of how he scored a similar goal as his effort against Ross County in the 4-2 Scottish Premiership win on Sunday.

The 25-year-old scored a wonder goal at Global Energy Stadium in the 15th minute after receiving a pass from Alfredo Morelos in the right corner of the box: he shifted the ball onto his left side, before unleashing an inch-perfect effort into the far corner past Ross County goalkeeper Ross Laidlaw.

The goal set the road to victory for Steven Gerrard's side as Connor Goldson added the second in the 19th minute but Harry Clarke pulled a goal back for the home team in the 40th minute.

In the second half, Alfredo Morelos scored the third for Rangers in the 56th minute but Ross Country reduced the deficit courtesy of Jordan White, who converted from the penalty spot in the 77th minute but Scott Arfield struck the fourth for the winners in the 84th minute.

“The boys are buzzing. We knew what we had to do today and put in a strong performance. We are definitely happy that we were able to do that,” Aribo told Rangers TV as quoted by Rangers Review.

“I have [scored a goal like that before]. I did it last season at home; it was a similar position and similar finish.

“I think when we come to places like this, we need to start fast and be on top. We just needed that breakthrough and that goal so it was massive. We needed it to get into our stride.

“We wanted to score more goals and keep a clean sheet, of course, but it was good to see the rhythm, the passes, there was a lot of interchange today [Sunday] between the midfield and strikers. That is what we need in the upcoming games.”

Aribo continued: “It is massive [to have that desire]. When you have subs coming off the bench and giving their all, it is good to see. It is a squad game, not just the starting eleven. Everyone has to play their part and it is massive. It is amazing to see.

“We need to do everything we can to be the best that we can be. We can’t make any excuses for what is to come so we need to make sure we are ready to go.”

Speaking to Rangers TV, Gerrard praised the Super Eagle for the brilliant striker by stating: "Yeah, I think that has been coming. Joe [Aribo] was a little bit frustrated through the week but that is what Joe Aribo is all about. Driving up to people, being aggressive, breaking the rules.