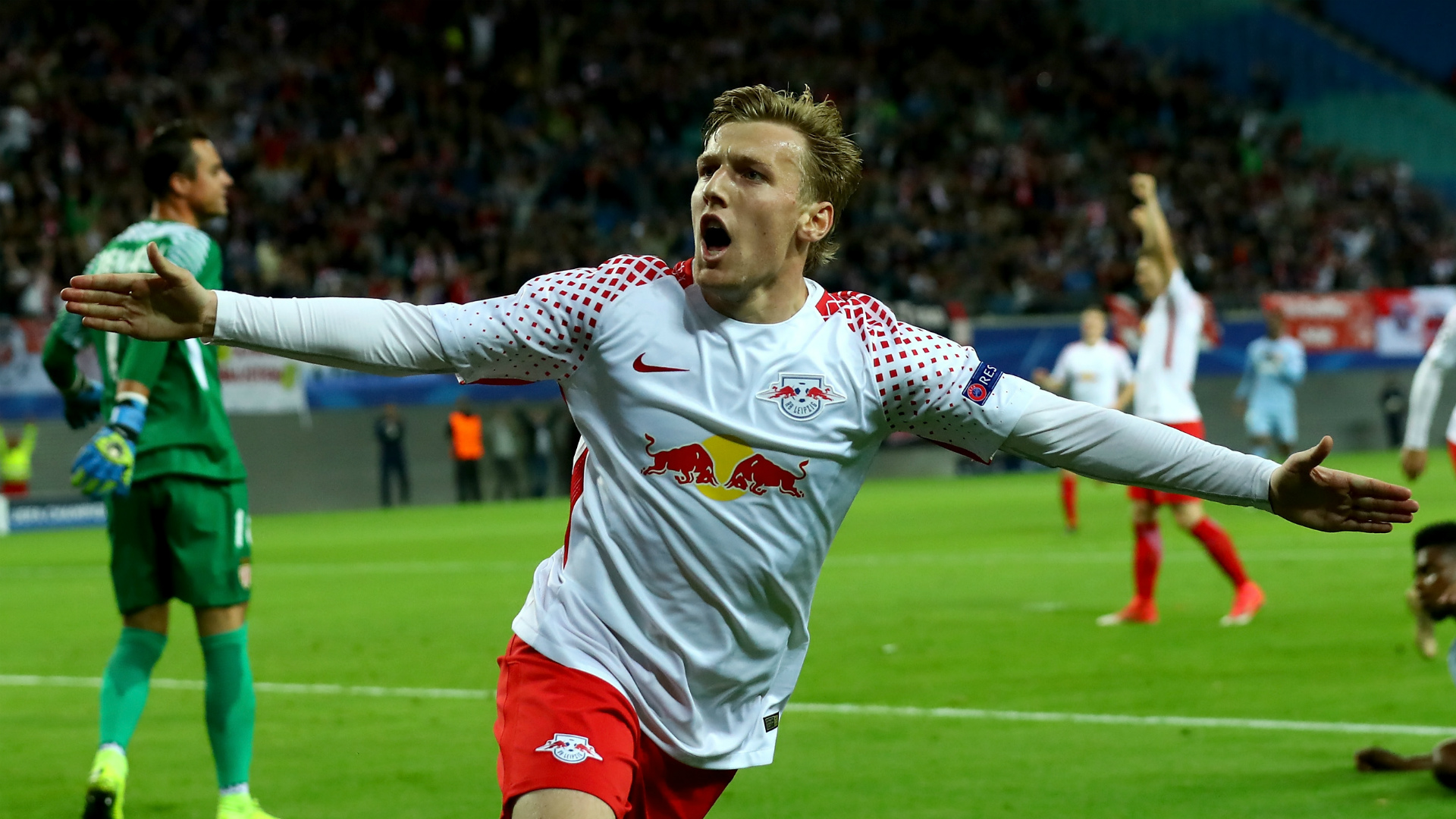 The former Gunners winger is eager to see a fellow Swede make his way to north London, with Unai Emery urged to launch a summer raid on RB Leipzig

Arsenal have been urged to snap up RB Leipzig winger Emil Forsberg, with Anders Limpar claiming the Gunners would be “so lucky” to land his fellow Swede.

Unai Emery is in the process of piecing together recruitment plans at Emirates Stadium after stepping into a role occupied by Arsene Wenger for 22 years.

Various targets are reported to have been identified, with Goal revealing that positive talks have been held with experienced full-back Stephan Lichtsteiner.

Attacking reinforcements are also required, despite a reported limited budget in north London, and ex Arsenal player Limpar says the club should be looking to Germany for inspiration on the flanks.

“If we get Emil Forsberg, we will be so lucky," he told Football.London.

“He’s the biggest prospect we have in Europe. He has been really good in the Bundesliga and has been outstanding for the national side.

“If we get him, we would get a hell of a player who could produce points with assists and goals.

“Please God, we should sign him straight away - if we can.”

Limpar added on the 26-year-old who contributed five goals and four assists to the Leipzig cause in 2017-18 and has also sparked talk of interest from Manchester United: "Emil would fit right in at Arsenal. He is so mobile, he can pass the ball and put assists up.

“He is one of the better players I have seen here in Sweden in many years, if you take Zlatan away. He is a really good prospect.”

While talking up the addition of another creative threat for Arsenal, Limpar concedes that a tightening up at the back is a top priority if the club are to challenge for major honours in 2018-19.

He said: “I hope we are still going to produce as many goals as we always do. We are an unbelievable attacking team.

“The back four and the midfield has looked very vulnerable when we play against the top sides, so if he can tighten that up, we are going to look so sharp. So the whole team has to defend much better.”

Emery is the man charged with the task of addressing Arsenal’s issues, and is being backed to do just that by a man who spent four years in north London between 1990 and 1994.

Limpar, a First Division title winner in 1991, added: “Unai Emery has been tremendous at Sevilla and Valencia before that - and at PSG.

“He is a top, top manager. If he can just turn things around at the Emirates then there will be no-one happier than me.

“We definitely have players who can win the league, we just want a manager who can put everything together.”