Pirlo: I want my Juventus side to be like Conte's teams 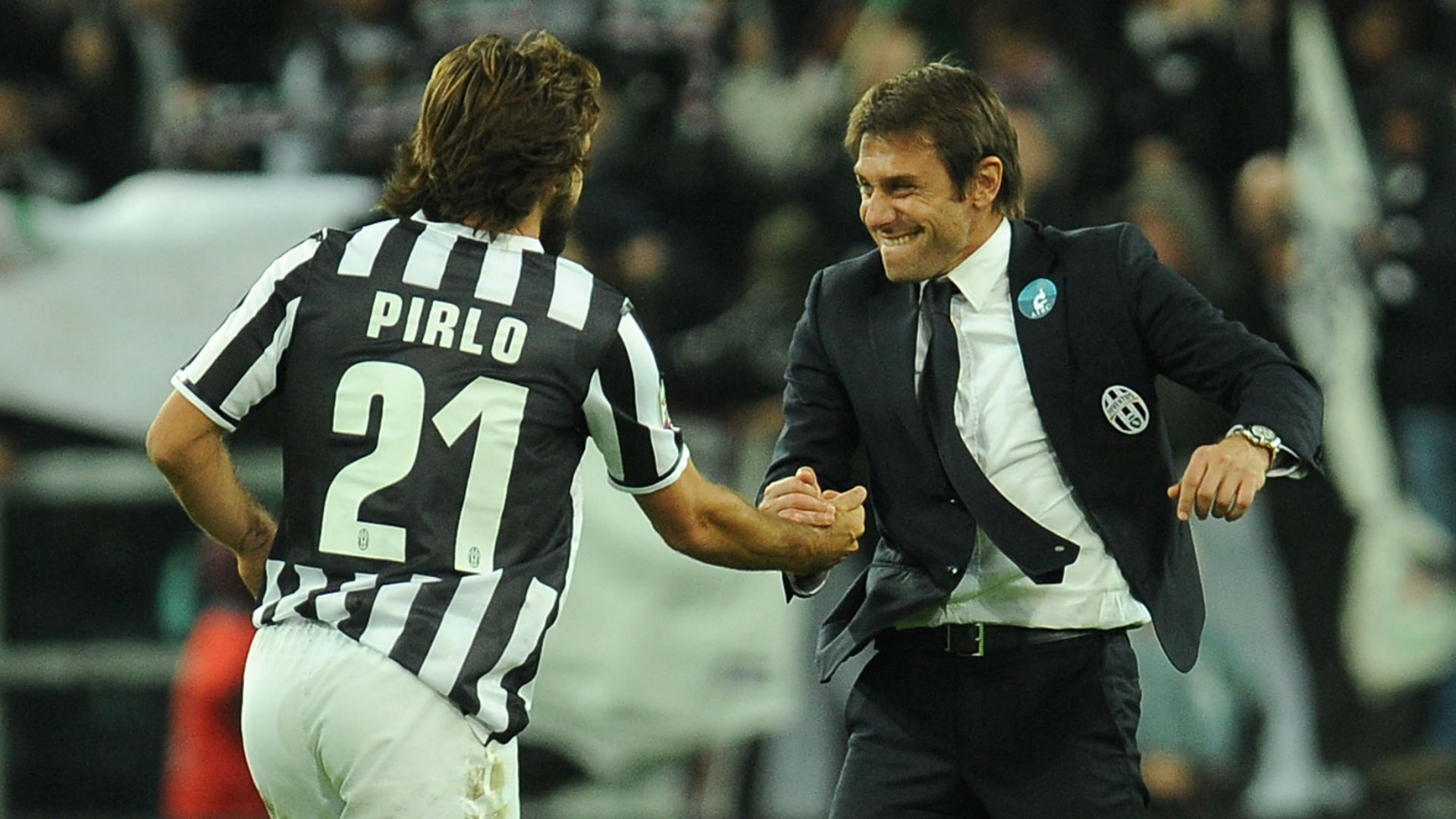 Having played under the current Inter manager, the new Bianconeri boss outlined the way he wants his team to play.

Pirlo had never previously held a senior coaching position when Juve promoted their U-23 team boss to replace Maurizio Sarri on August 8.

Moreover, Pirlo had only been in charge of Juventus' young second string for a week, so there has been little indication of how he wants his teams to set up.

However, at his introductory press conference on Tuesday, the 41-year-old spoke glowingly about the Juventus sides he played in under Conte between 2011 and 2014.

The Bianconeri won the title in all three seasons Conte and Pirlo were together, and the new coach wants to bring back some of the characteristics of those teams.

"Maybe we can reach that level of desire and cohesion," Pirlo told reporters.

"But that's what I would like to bring back - those principles, that DNA of work and sacrifice, of sweating for each other and only in this way can you reach goals."

Sarri led Juve to a ninth successive Scudetto but paid the price for another disappointing Champions League campaign, which ended in a last-16 loss to Lyon.

As was the case when he held the reins at Chelsea, Sarri's tactics were also questioned, and Pirlo has already told the squad how he wants to go about things in Turin.

"I want to bring some enthusiasm, what has been missing in the last period," Pirlo added.

"I want to propose a proactive football, and domination of the play, as I told the lads yesterday.

"I told them two things - the first is that you must always have the ball, the second is that it must be recovered quickly.

"These are the first two tactical things I said and believe in. They are the most important mental things for the team to enter."

Juventus have already made their first signing ahead of next season, with Arthur arriving from Barcelona after an underwhelming two-year spell in Catalonia.

With Miralem Pjanic heading in the opposite direction, Arthur will be expected to play a major role in midfield, as Pirlo did during his playing days.

"I have seen and admired him," Pirlo added of Arthur.