'Phil Jones would be proud!' - Sterling compares himself to Man Utd defender as he makes gurn joke 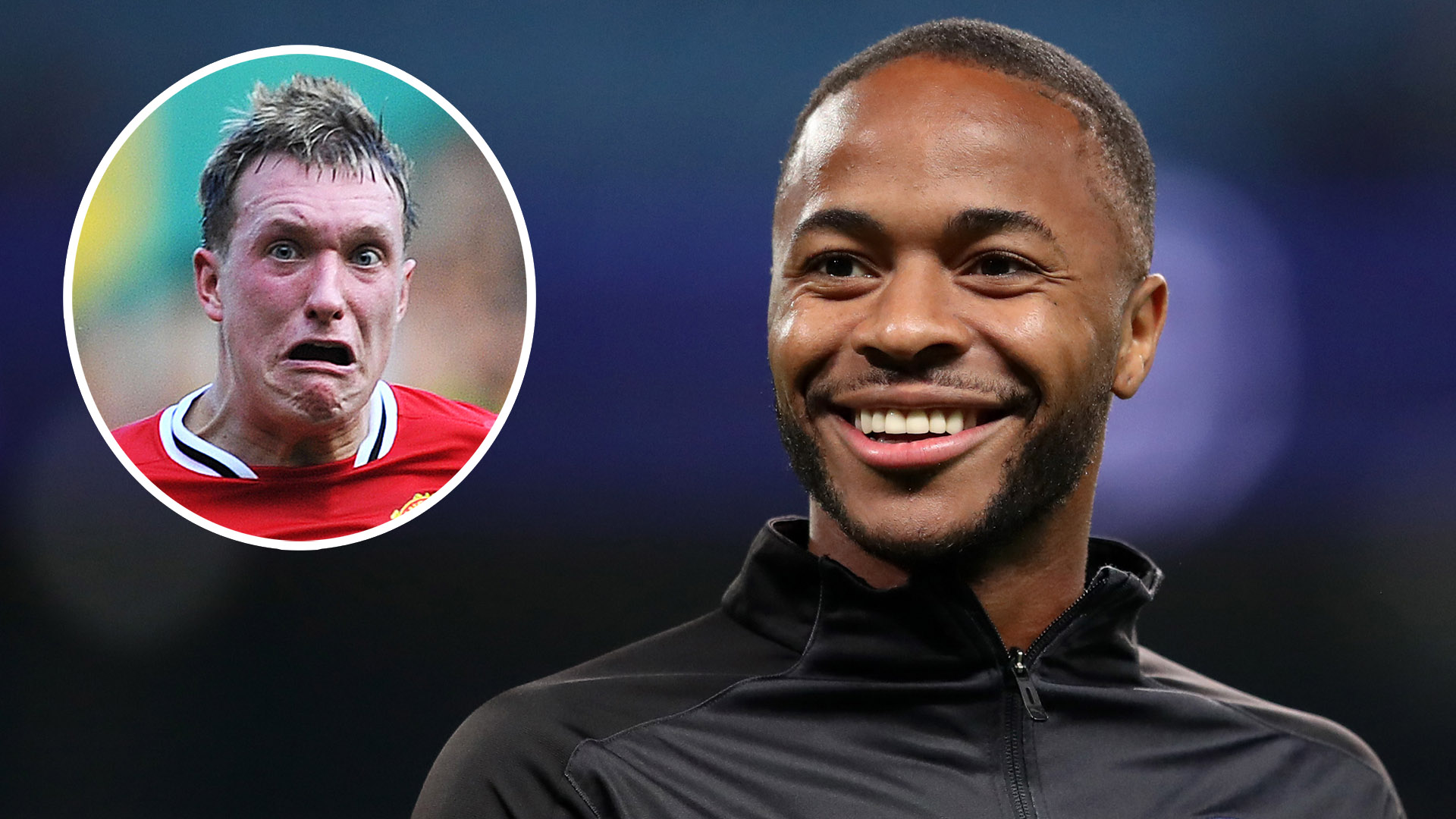 Raheem Sterling joked about the facial expression he pulled in Manchester City's win over Dinamo Zagreb, claiming that Phil Jones "would be proud" of the England winger's gurn.

Having already booked their place in the Champions League knockout stages, City strolled to a 4-1 win in Croatia, which ensured they finished top of Group C on 14 points.

Zagreb were eliminated after losing to Pep Guardiola's side, with Atalanta sneaking through on seven points by beating Shakhtar Donetsk 3-0 in Ukraine.

City found themselves a goal down after 10 minutes when Dani Olmo found the net with a sumptuous volley, before Gabriel Jesus took centre stage.

The Brazilian headed an equaliser just after the half-hour mark and doubled his account with a sublime individual effort early in the second period.

Jesus completed his hat-trick in the 54th minute, with Phil Foden rounding off the scoring for City late on after being handed a rare start.

Phil Jones would be proud 😂😂😂 pic.twitter.com/tiWXXYgCxm

Sterling failed to add to his five European goals this season, despite getting himself into a goalscoring position on several occasions.

The 25-year-old referenced once such occasion in a Tweet after the match, highlighting the bizarre look on his face as he bore down on the Zagreb goal.

Sterling posted three images of himself with the caption 'Phil Jones would be proud', in reference to the United defender's well-documented history of unfortunate facial expressions.

Earlier this year Jones revealed that he has often been the butt of jokes among his team-mates at Old Trafford and on the international stage with England.

He told Goal: "My mates send me pictures every single night on the WhatsApp group taking the mick out of me. It’s banter, it is what it is. It doesn’t bother me."

Jones has been left out of United's last four matchday squads, but is in line to return when they host AZ Alkmaar in the Europa League on Thursday.

Sterling, meanwhile, will be back in Premier League action with City when they travel to the Emirates Stadium to face Arsenal on Sunday.