The Brazil legend insists he and the Argentine icon are close, but says he was a much more complete player than the Albiceleste 1986 World Cup winner

Pele says he and Diego Maradona are friends, despite a constant war of words over the years, but believes the two former World Cup winners should not be compared.

The Brazilian won three World Cups, the last of those in 1970 in Mexico, while the former Napoli great led Argentina to the trophy in that same country in 1986.

In a book published last year about that triumph, Maradona hit out at Pele for criticism he said the Brazilian made ahead of the tournament, while the Argentine also often plays down the achievements of his South American rival.

"I can’t explain why Maradona is so concerned with that," Pele told Goal in an exclusive interview. "Because I always say that he was one of the best in the world, and that’s true.

"Now, we can’t say that Maradona was a great header. He didn’t score goals with headers. And we cannot say Maradona shot very well with both feet, because he didn’t shoot with his right, only mainly with his left…

"So from time to time, when people make comparisons, I make jokes about that. For me he was a great player, just that you can’t compare Maradona with Pele." 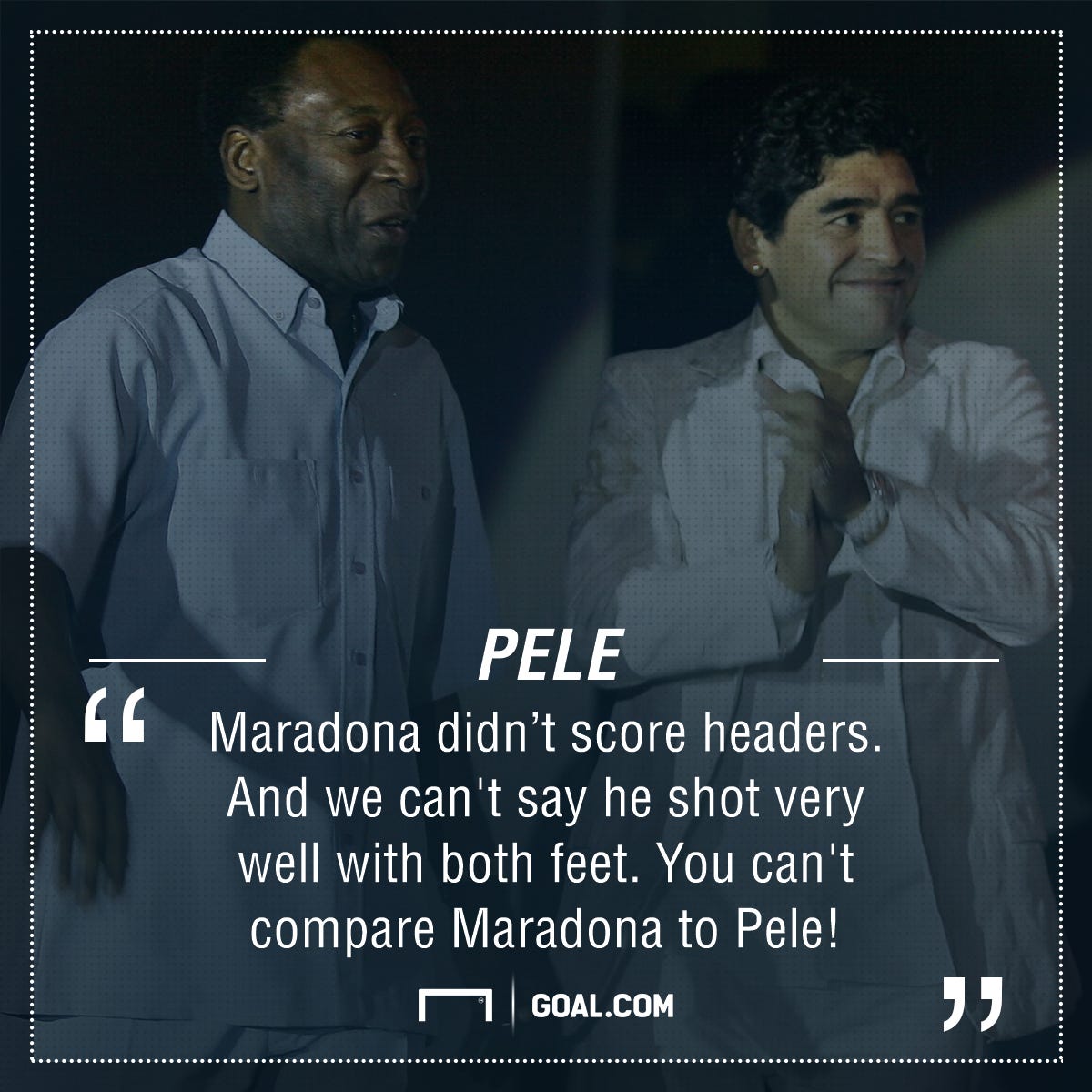 Nevertheless, Pele claims it is all in good humour and says he and Maradona are actually close, despite the constant quarrels over the years.

"We are friends," he said. "We are always joking. I always say to him: ‘Maradona, you can be level with Pele when you have scored more than 1,000 goals.’