Dimitri Payet and N'Golo Kante have been included in France's squad for Euro 2016 but Morgan Schneiderlin is restricted to a place on the standby list.

The duo, who have both enjoyed impressive seasons in the Premier League, have been rewarded for their good form with a spot in Dider Deschamps' final 23-man group.

Eliaquim Mangala and Jeremy Mathieu have made the cut in defence, while promising youngsters Kingsley Coman and Anthony Martial have both been included, too, following their fine performances for Bayern Munich and Manchester United respectively.

The France boss had previously revealed that Real Madrid forward Karim Benzema would not go to Euro 2016 after he was charged with complicity in an attempt to blackmail and participating in a criminal conspiracy as part of an investigation into a sex-tape plot involving international team-mate Mathieu Valbuena.

Valbuena, meanwhile, has been snubbed following his underwhelming performances at club level and Liverpool defender Mamadou Sakho will miss out following a positive doping test.

France meet Albania, Switzerland and Romania in Group A, kicking off the tournament against Albania on June 10. 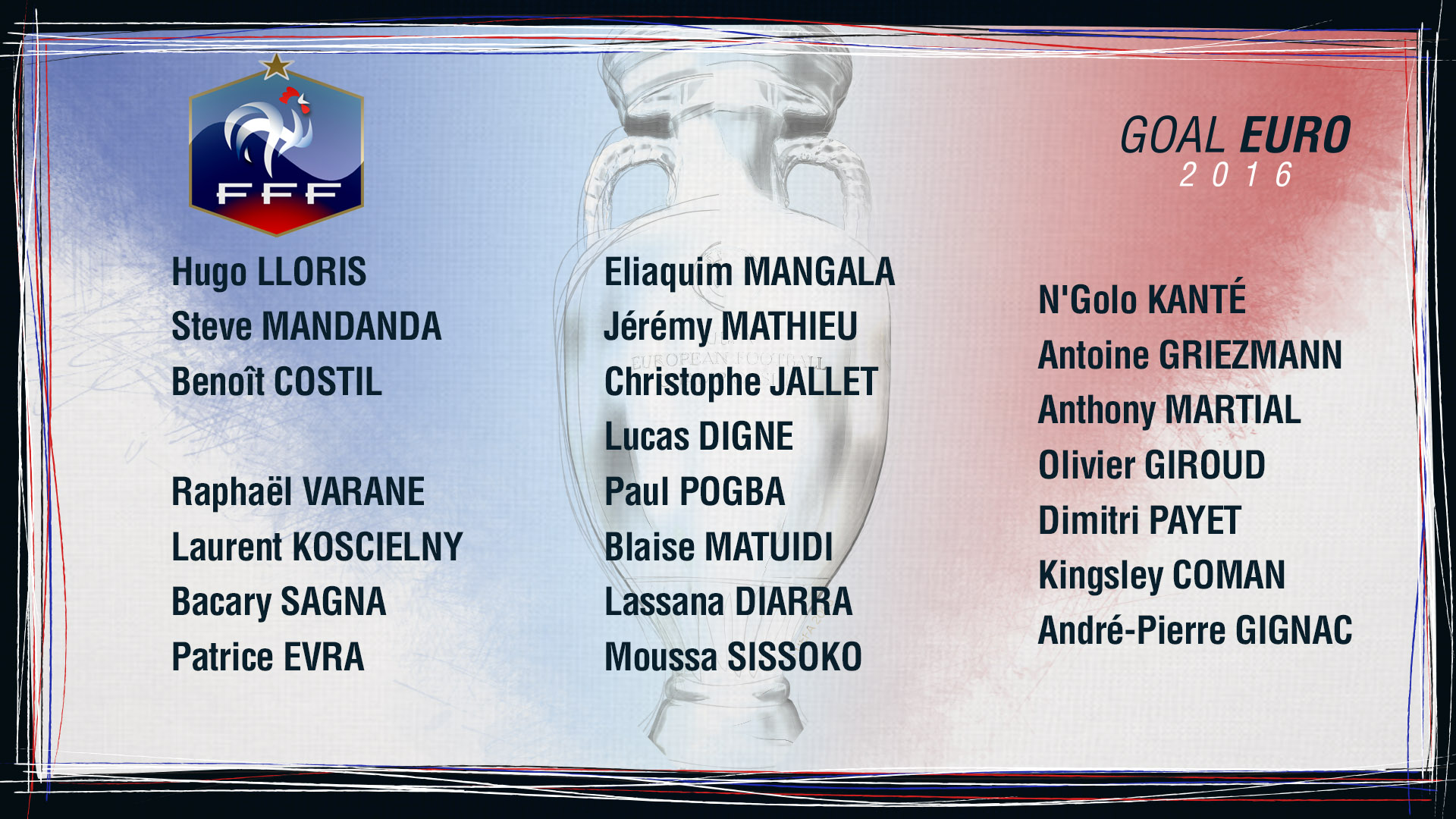