The Brazilian forward has rediscovered his form and love of the game in China, but admits to having been contacted regarding another spell in Europe

Alexandre Pato concedes that he struggled at Chelsea, but has admitted to interest from Europe while refusing to rule out a return to AC Milan.

The Brazilian forward was a surprise arrival at Stamford Bridge in January 2016, as a loan switch was sanctioned from Corinthians.

Pato was restricted to just two appearances for the Blues, scoring one goal, and no option was taken up to make the move permanent.

As a result, the 28-year-old has been forced to rebuild his career, first in Spain with Villarreal and now with Tianjin Quanjian in the Chinese Super League.

Pato has impressed in Asia, netting 14 times in 23 appearances, and has revealed that the option of heading back to European football has been put to him.

He told Goal: “I arrived at Chelsea in a transitional moment and things didn’t go as I had hoped. At Villarreal I was going well, I played regularly and I was also well set up with my team-mates, but things in football change very quickly and now I’m here.

“Some European clubs contacted me this summer but I’m happy to be here and to help football to grow in China. Over the years, however, I have learned that in football you always need to have a suitcase ready as you never know what’s going to happen tomorrow.”

Pato considers himself to be back at the peak of his powers in the CSL, adding: “I’m back at the top of my form, definitely. I can say that I’m in excellent shape and my goals and assists are proving it. I’m 28 and I feel great, even more mature.” 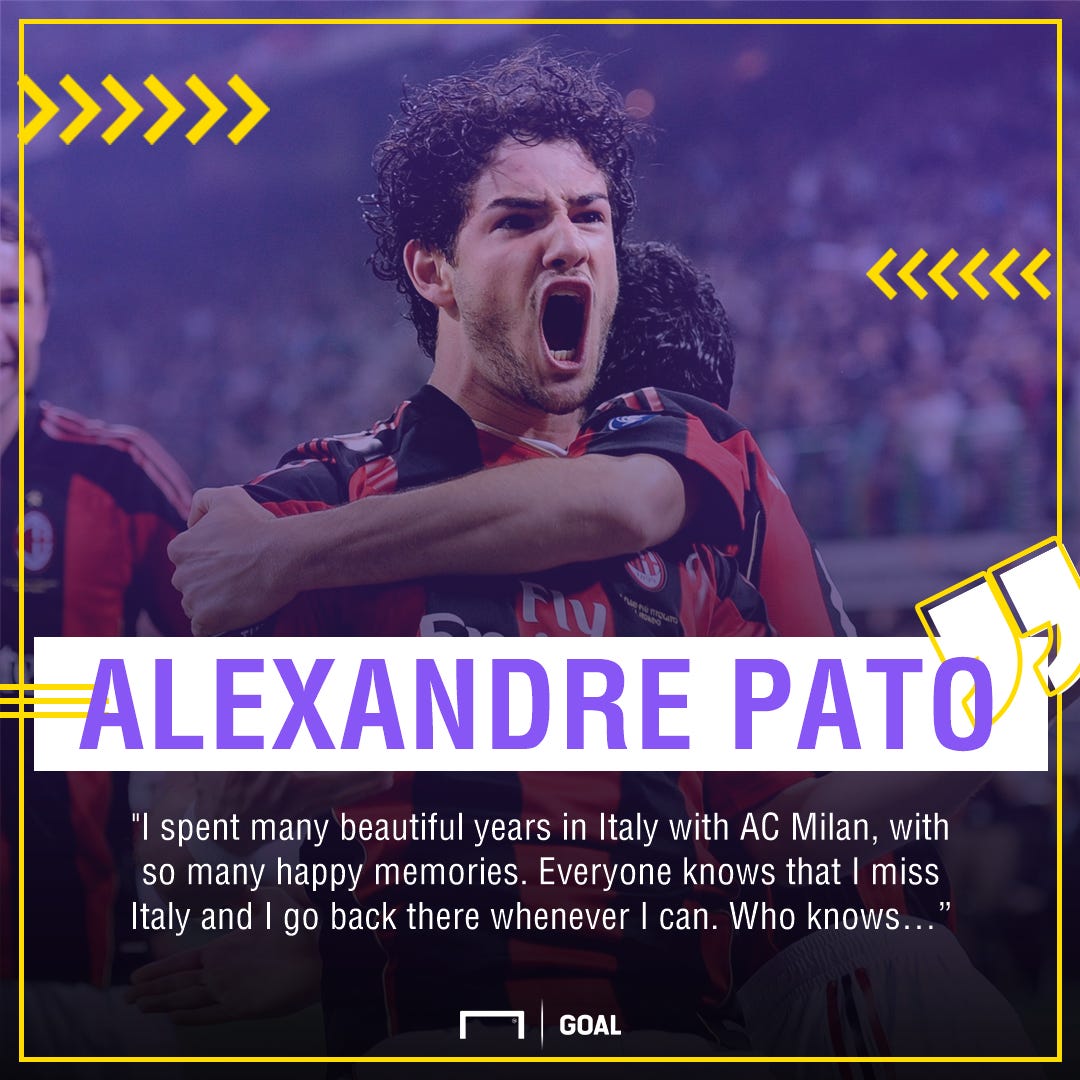 That confidence could lead him to a grander stage at some point, with his career very much back on track after losing his way following a bright start to his time with Serie A giants Milan.

It could be that he goes full circle and ends up back at the San Siro, with the Samba star eager to keep all doors open at this stage.

He said on the Rossoneri rumours:  “I spent many beautiful years in Italy with AC Milan, with so many happy memories. Everyone knows that I miss Italy and I go back there whenever I can. Who knows…”

While continuing to catch the eye of clubs outside of China, Pato is also hoping to impress Brazil boss Tite.

Despite having 10 goals in 27 appearances for his country to his name, the hard-working frontman has not figured for the Selecao since 2013 – a situation he is eager to rectify heading towards the 2018 World Cup finals in Russia.

“My relationship with Tite has always been one of respect and appreciation,” said Pato.

“Tite is giving a brand new shape to Selecao and I’m happy for it. I’m playing well at the moment, I’m scoring and helping my team-mates.

“The Brazil national team is always one of my goals and I will do my best to return. I miss World Cups, the pride, goosebumps and emotion of representing my country.”

For now Pato must wait on a call from Tite and prospective new employers, but he is certainly setting about shaping his future in the best possible manner.