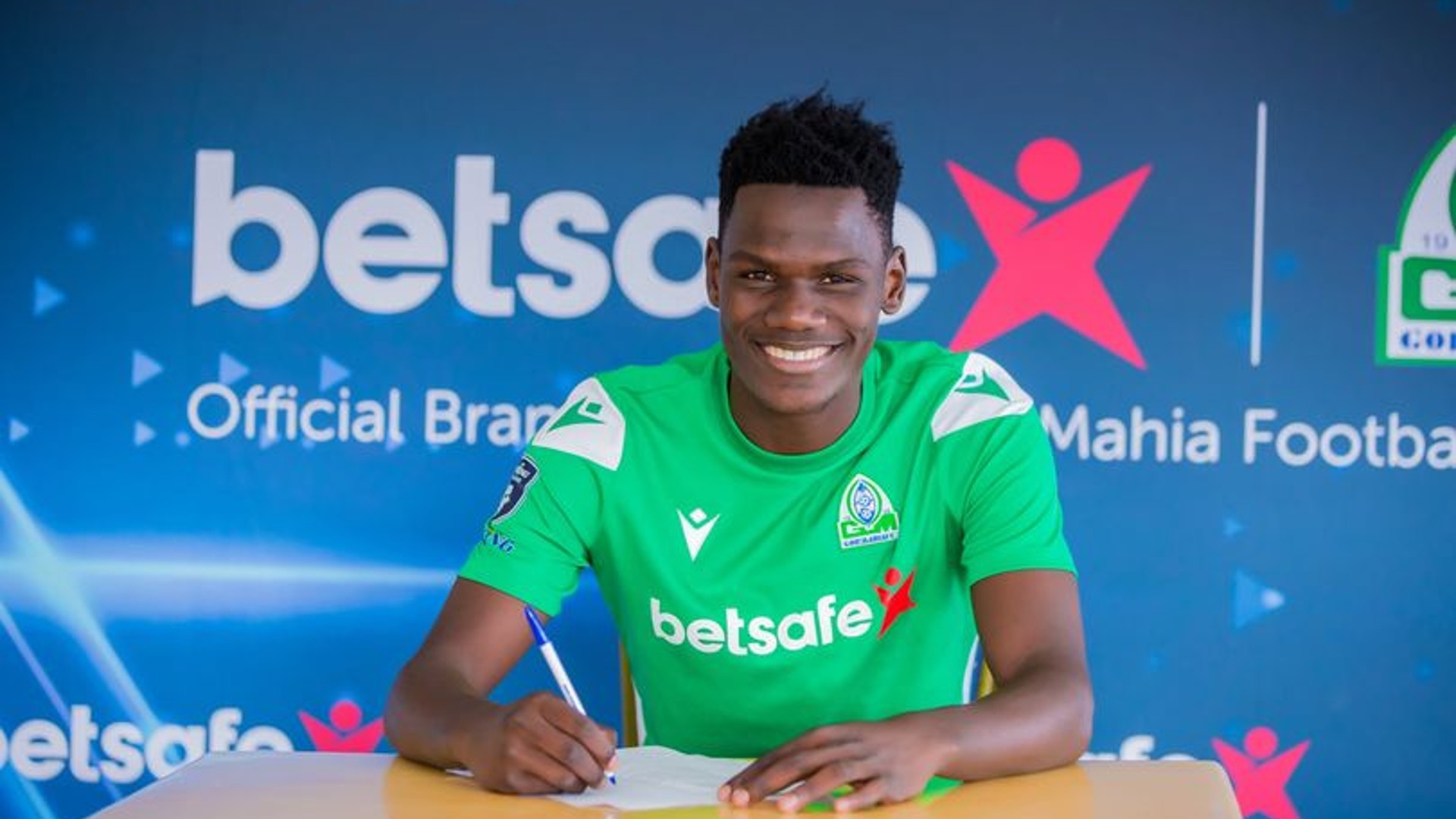 Oudu, who has signed a three-year deal with the local giants, is the seventh signing to be confirmed by the former Premier League champions.

"We are pleased to announce the signing of midfielder [Peter] Oudu from Kariobangi Sharks," Gor Mahia announced on Thursday. "The midfielder signed a three-year deal."

Oudu is the third player from Kariobangi Sharks - after Peter Lwasa and Joshua Onyango - to be signed by K'Ogalo, who had hitherto been silent in the transfer window as the 2021/22 Premier League season's kick-off date nears. Lwasa - who played in the FKF Shield Cup against Tusker on Wednesday, was unveiled on the same day after signing a two-year deal.

Another star who has been confirmed by Gor Mahia is the Malian goalkeeper, Adama Keita, who signed a two-year deal.

Keita will compete for a position with Gad Mathews - who was on goal as Gor Mahia lost the Shield Cup tie 8-7 on post-match penalties. Samuel Njau left the club and is expected to pen a deal with Posta Rangers, while long-serving goalkeeper Boniface Oluoch is expected to leave the giants after falling down the pecking order last season.


Boniface Omondi returned to Gor Mahia from Wazito FC on a two-year deal too, and he is expected to offer the club a competitive edge, especially in the attacking department, which visibly struggled last season as the giants lost the title to Tusker and finished eighth.

Striker Sando Yangayay from the Democratic Republic of Congo signed a two-year deal and is the second foreigner to be confirmed at the club after Keita.

Dennis Ng'ang'a from Wazito was confirmed on Wednesday as well as the defender put pen to paper for a two-year contract. The full-back took part - and scored a penalty - in the Shield Cup encounter in Thika against the Premier League champions.

Meanwhile, the club announced the promotion of youth team captain Junior Nyawir, who signed a four-year deal with the senior side. Defender Joachim Oluoch, on the other hand, became the first player to extend his contract in the ongoing transfer window as he signed a deal that will associate him with the Green Army for the next two years.